Emraan Hashmi net worth: Emraan Hashmi is an Indian film actor who has a net worth of $12 million. As a nephew of the eminent Indian director Mahesh Bhatt, Emraan Hashmi first set foot in directing, working with Vishesh Films as an assistant director on Vikram Bhatt's Raaz (2002). At the age of 19, he made his acting debut with Footpath (2003), which did not do well at the box office.

It was not so bright start, but in 2004 he appeared along Mallika Sherawat in the thriller, Murder, which enjoyed a great commercial success. Then he starred in several commercially acknowledged movies, most of them produced by Vishesh Films. The critics didn't like his repetitive roles, which earned him the title "serial kisser," and thus they labeled him "one note actor. However, he improved his "poor" reputation and gathered wide critical acclaim for his roles in Once Upon A Time In Mumbaai (2010), The Dirty Picture (2011) and Shanghai (2012). These movies helped him become one of the leading contemporary actors of Hindi cinema, as well as one of the most popular celebrities in India. Hashmi earned three Filmfare Awards nominations throughout his acting career. As for his off-screen life, he tied the knot with his long-time girlfriend Parveen Shahani in 2008 and became a father to a baby son, Ayaan Hashmi, in 2010. 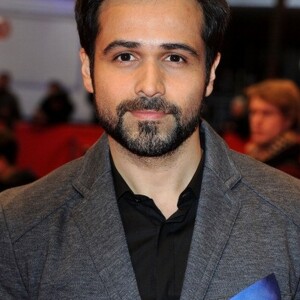