What is Justin Bieber's Net Worth?

Justin Bieber is a Canadian pop singer who has sold over 150 million records worldwide after being discovered on YouTube in 2007. Justin Bieber's net worth is $285 million. In touring years, Justin is one of the highest-paid entertainers on the planet, easily bringing in $60-80 million personally from all income sources.

Bieber was born on March 1, 1994, in London, Ontario. His parents never married, and his mother was underage when she gave birth, so Bieber's maternal grandmother and step-grandfather helped raise him. Growing up, he learned to play the piano, drums, guitar and trumpet. He graduated from the St. Michael Catholic Secondary School in Stratford, Ontario, in 2012.

In early 2007, at the age of 12, Bieber sang Ne-Yo's "So Sick" in a local Stratford singing competition, placing second. His mother posted a video of the performance on YouTube so friends and relatives could see it, and continued to upload Bieber singing covers of songs.

While searching for videos of a different singer, record executive Scooter Braun accidentally clicked on one of Bieber's 2007 videos. Impressed with what he saw, he tracked Bieber down and convinced his mother to let him take Bieber to Atlanta, where he recorded some demo tapes. A week after arriving in Atlanta, Bieber was singing for R&B star Usher.

Soon after, he was signed to Raymond Braun Media Group (RBMG), a joint venture between Braun and Usher, who helped him audition for The Island Def Jam Music Group. Bieber signed to Island Records in October 2008, and moved to Atlanta with his mother so he could continue to work with Braun and Usher. Braun became Bieber's manager in 2008.

In 2010, Bieber released a two-part debut album entitled "My World" and "My World 2.0". His promotional activities for the record included performances on several live shows such as "The Today Show," The Wendy Williams Show," "Good Morning America," and "The Ellen DeGeneres Show." Less than two months after its release, "My World" sold over one million albums in the US alone. To date, that album has been certified 5x platinum by the RIAA. "My World" was the first debut album to have four singles (One Time, One Less Lonely Girl, Love Me, and Favorite Girl) on the Billboard Top 40 prior to the album's release. "My World 2.0" debuted at number one on the U.S. Billboard 200 with a total of 698,000 copies sold in the first three weeks of its release. This accomplishment made Bieber the youngest solo male act to top the chart since Steven Wonder in 1963. The single "Baby" which featured rapper Ludacris, quickly became Justin's best selling single of all time, with more than 15 million singles sold around the world. His second album, a set of Christmas songs called "Under the Mistletoe" sold 2 million copies. His third album, 2012's "Believe" sold 3 million copies worldwide. 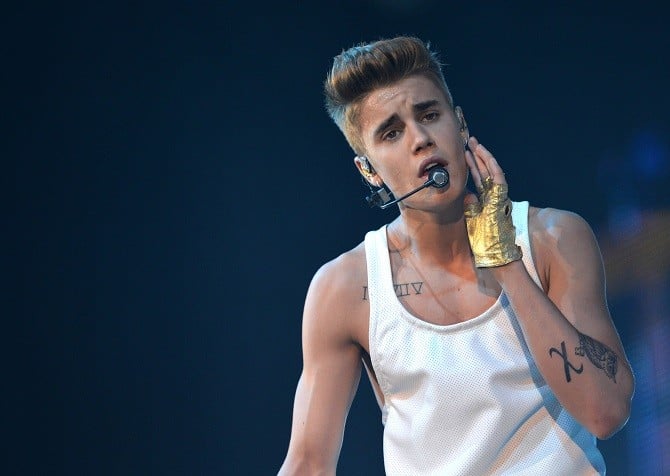 As Bieber's star continued to grow, his 3D part-biopic, part-concert film "Justin Bieber: Never Say Never" was released in February 2011. The film topped the box office with an estimated gross of $12.4 million on its opening day from 3,105 theaters, and grossing a total of over $98 million worldwide. Along with the film, Bieber released the album "Never Say Never – The Remixes" (Feb. 2011). In June 2011, he was featured as number two on the Forbes list of Best-Paid Celebrities under 30, having made $53 million in a 12-month period.

Christmas album "Under the Mistletoe" was released in October 2011 to great success, followed by "Believe" in June 2012 and "Believe Acoustic" in January 2013. "Justin Bieber's Believe," a follow-up to his first film, was released in December 2013, also directed by Jon M. Chu. His February 2015 song "Where Are Ü Now" won a Grammy Award in 2016 for Best Dance Recording. Bieber earned a Guinness World Record for youngest male artist to debut at the top of the Billboard Hot 100 chart with his single "What Do You Mean" off of his album "Purpose" (Nov. 2015).  His follow-up album "Changes" was release on February 14, 2020.

In December 2010, Bieber entered into a high-profile relationship with actress and singer Selena Gomez. The pair had an on-and-off relationship until March 2018. During one of his breaks from Gomez, Bieber had briefly dated Hailey Baldwin between December 2015 and January 2016, and the couple reconciled in May 2018. They became engaged in July 2018, and had an official wedding ceremony on September 30, 2019. Hailey is the daughter of actor Stephen Baldwin, brother of Alec.

As a Canadian citizen, Bieber is reported to possess an O-1 visa for temporary resident status in the United States, although September 2018 reports from TMZ allege he has begun the process of becoming an American citizen following his marriage to Baldwin.

Although he has received extraordinary success in the music business, like many young celebrities, he has had his share of scandal in the press. In 2014, he was arrested for a DUI, drag racing, and resisting arrest; he was also exhibiting some erratic behavior around the time of his arrest and his popularity briefly dipped as a result of his actions.

In March of 2015, Justin volunteered himself to be roasted by Comedy Central. Some of the celebrity roasters included Kevin Hart, Snoop Dogg, Shaq, Martha Stewart, Ludacris and many more. When it was all said and done, Justin ended the show with a pretty clever line:

"What do you get when you give a teenager $200 million? A bunch of has-beens calling you a lesbian for two hours."

Bieber's fame has enabled him to enjoy a number of lucrative business partnerships throughout the years. Companies he has worked with in Proactive, Nicole by OPI, Walmart, Adidas, Calvin Klein, and Schmidt's Naturals. He also has released several fragrances, including "Someday" (2011), "Girlfriend" (2012), and "Justin Bieber Collector's Edition" (2014).

Justin Bieber Net Worth Over Time 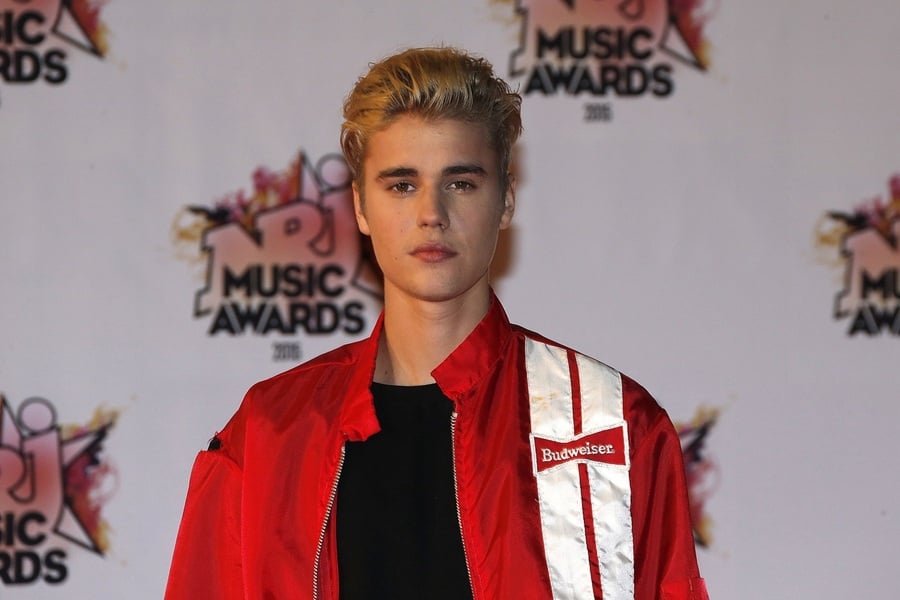 In 2012, an 18-year-old Justin paid $6.5 million for a home in the exclusive Calabasas gated community called The Oaks. It was at this house where Justin had several run-ins with neighbors. Neighbors frequently complained about his loud parties and friends speeding through the quiet streets. In 2014 a neighbor's security cameras caught Justin throwing eggs at a house causing thousands of dollars worth of damage. The incident resulted in Justin being briefly detained at his home while police entered his home with a felony search warrant. After paying $80,000 to settle the controversy, Justin sold the home in 2014 for $7.2 million to Khloe Kardashian.

Over the next five years, Justin lived somewhat of a vagabond life renting home after home in various parts of the world. For example, during much of 2019 they were spending a mind-altering $100,000 per month to rent a home in Toluca Lake, California.

In August 2020, Justin paid $28.5 million for a new home in Beverly Hills. This new Beverly Hills home is located high up in the mountains of Beverly Hills, within an ultra-exclusive gated community called Beverly Park. Nearby neighbors include Denzel Washington, Eddie Murphy, Rod Stewart and Sylvester Stallone, to name a few. Two years prior to the Bieber purchase, the home was listed for $42 million. The estate covers 2.5-acres and has an 11,000 square-foot mansion. 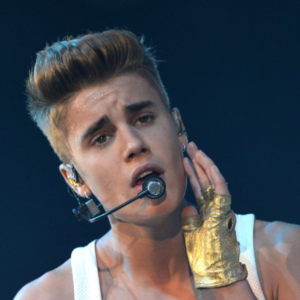