What is Shaquille O'Neal's Net Worth?

Shaquille O'Neal is a retired American basketball player, entrepreneur, television host and product endorser. As of this writing, Shaquille O'Neal's net worth is $400 million. During his NBA career, Shaq earned $292 million in salary alone. He earned well over $200 million from endorsements during that same time period. Even though he has been retired for many years, Shaq still earns around $60 million per year from endorsements and various business endeavors to this day.

Shaquille O'Neal was born on March 6th, 1972 in Newark, New Jersey to parents Lucille O'Neal and Joe Toney. His father was addicted to drugs and went to prison for drug possession when O'Neal was just a baby. His parents never married and his father left soon after Shaq was born, upon his release from prison. O'Neal was estranged from his father for decades. At the age of two, his mother married Phillip Harrison who was a sergeant in the U.S. Army. O'Neal was a part of the Boys and Girls Club of America while growing up and he credits the organization for helping to keep him off the streets. The family moved from Newark and moved around to Germany and Texas. While still in high school, Shaq started to gain attention for his basketball talent. In his senior year, he led the San Antonio's Robert G. Cole High School team to the state championship. O'Neal went on to Louisiana State University where he became a two-time SEC player of the year and a two-time All American. He also received the Adolph Rupp's Trophy for the NCAA men's basketball player of the year in 1991.

In 1992 O'Neal became the first overall pick for the Orlando Magic. A year later he was named the Rookie of the Year and voted an All Star-starter which had not been accomplished since Michael Jordan. In his second season, Shaq helped the Magic make their way to their first play-off series. The next year they made it to the finals, but lost to the Houston Rockets.

O'Neal was plagued by injury for a good deal of the 1995-96 season, though the Orlando Magic still finished the regular season with a winning record. In the playoffs that year, O'Neal and the Magic won the first two rounds but were ultimately defeated by Michael Jordan's Chicago Bulls.

In 1996, O'Neal was part of the men's Olympic basketball team in Atlanta. That team went on to win the Olympic gold medal. It was during the Olympics that O'Neal announced his plans to join the Los Angeles Lakers as tensions rose amongst his coach, teammates and local Orlando Media. The Lakers offered O'Neal a seven year $121 million deal.

This move paired O'Neal with a teenaged Kobe Bryant, bringing two of the game's biggest names together on one team. However, while his first few years with the Lakers were promising, they failed to clinch a championship. O'Neal battled against injury and personnel changes until a change in leadership turned things around.

The arrival of former Chicago Bulls coach Phil Jackson in the 1999-00 season set the Lakers on a path that would make them a dominant force for years to come. Jackson challenged O'Neal and led him to step up his defensive game. Shaquille and the Lakers won the NBA championship that year, and would go on to win the title the next two years in a row.

O'Neal was traded to the Miami Heat in 2004. The following year, Shaq signed a 5-year contract with the team for $100 million. While he likely could have demanded more money, he stated that it was another championship that he was after. The team got their chance the very next year, as the Heat beat the Dallas Mavericks to clinch the team's first ever title and O'Neal's fourth.

Beginning in 2008, O'Neal's days of long-term contracts with teams had come to an end. That year he was traded to the Phoenix Suns where, for the first time since his rookie season, he failed to make the playoffs. At the end of his first season with the team, he was traded to free up the budget. More one-year stints would follow, including with the Cleveland Cavaliers (alongside Lebron James) and his final season with the Boston Celtics.

Shaq stands at an astonishing 7 feet one inch and his shoe size is a remarkable 23. He became famous largely due to his physical stature, which gave him a distinct advantage over his opponents. On two occasions in his early NBA career, Shaq's overwhelmingly powerful dunks broke the steel backboard supports of the net. This prompted the league to increase the strength and stability of the backboards from then on. O'Neal is famous for his "drop step" move which he nicknamed the Black Tornado.

Salary by year and team: 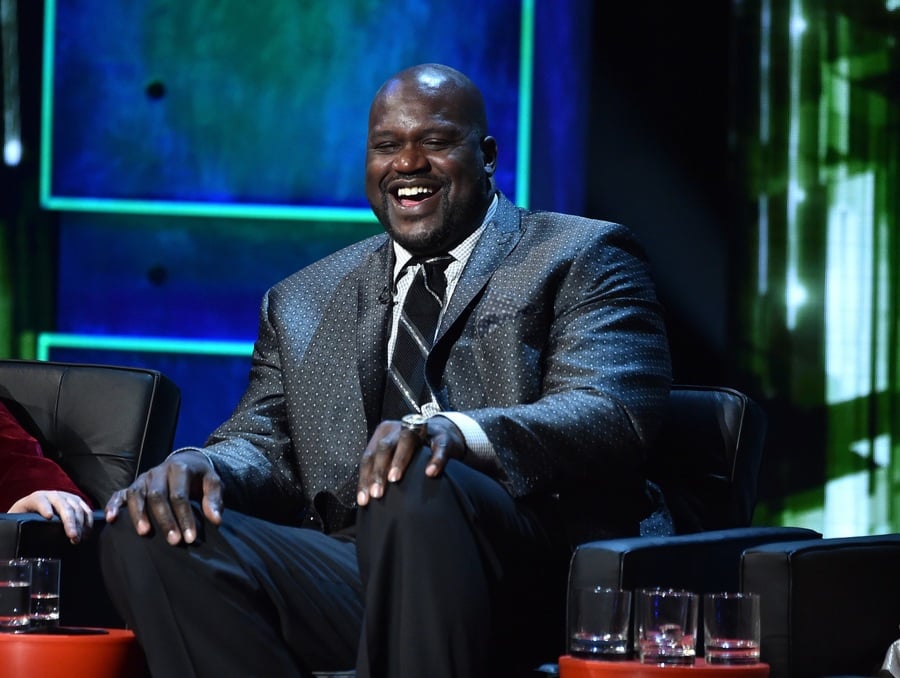 Other Media and Business Ventures

In the early nineties, Shaq was quickly becoming a huge star, exploring careers in the rap and film industry, appearing in films such as "Blue Chips" and "Kazamm". He has also been featured in guest roles on a number of other films and television show, including "Curb Your Enthusiasm" and "The Parkers." His first rap album, "Shaq Diesel" was released in 1993 and went on to become certified platinum. He continues to DJ and produce music under the name DIESEL. Shaq has also been featured in several video games throughout his career.

Furthermore, O'Neal has starred in multiple reality series and hosts his own podcast. Other media roles include being a frequent commentator on NBA games and even a stint in professional wrestling.

O'Neal has been active in the stock market and in real-estate since the 1990s. He has shown an interest in the business world as well. On March 22, 2019 it was announced that he would join the Board of Directors of Papa Johns. With the job, Shaq will earn $8.25 million in salary and stock over three years. He is also investing $840,000 of his own money to buy 30% of a 9-unit franchise of Papa Johns in Atlanta.

Few athletes have embraced endorsements as fully as Shaquille O'Neal. As an instantly recognizable celebrity, a variety of companies have sought him out as a spokesperson. Some of his higher profile endorsements include Pepsi, Carnival Cruise Line and Reebok. A full list of Shaq's endorsement deals and commercial appearances would be too long to list.

One of Shaquille O'Neal's other great accomplishments is that of gaining a doctoral degree in education. After receiving his masters degree from the University of Phoenix, O'Neal embarked on the course through the private Catholic institution, Barry University. The course was primarily completed online over a number of years, and reflected O'Neal's passion for education and his interest in continuing to challenge himself.

Shaq married Shaunie Nelson in December 2002. They have four children together: Shareef, Amirah, Shaqir, and Me'arah. Shaq also has a daughter, Taahirah, from a previous relationship with Arnetta Yardbourgh. O'Neal filed for divorce from Shaunie in September 2007. They changed their mind and withdrew their divorce but in November 2009, Shaunie filed an intent to divorce. She cited irreconcilable differences. O'Neal dated reality star Nicole Alexander from 2010-2012. Since 2014, Shaq has been dating model Laticia Rolle.

When Hall of Fame center George Mikan died in June 2005, O'Neal paid for all of his funeral expenses.

For many recent years, Shaq's primary residence was an enormous 12-bedroom mansion in Orlando. The main home is 35,000 square-feet and features a 6,000 square-foot indoor basketball court, 17 car garage and 10 foot privacy wall. Shaq purchased the land for his home back in 1993 for $4 million and proceeded to custom-build his dream mansion.

He listed the home for sale for the first time in May 2018 for $28 million. He lowered the price in January 2019 to $22 million. It is located within a gated community called Isleworth Golf & Country Club.

In September 2020 Shaq lowered the asking price of the property to $19.5 million. He finally accepted $16.5 million in January 2021. Check out the video tour:

Outside of Florida Shaq owns a 15-acre in suburban Atlanta which he bought in 2017 for $1.15 million. 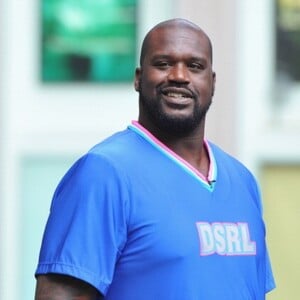