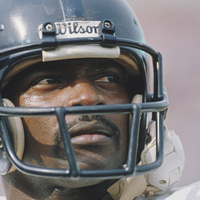 Walter Payton net worth: Walter Payton was an American professional football player who had a net worth of $3 million. Walter Payton was born in Columbia, Mississippi in July 1954 and passed away in November 1999. Payton was a running back who played his college football at Jackson State and was elected to the College Football Hall of Fame in 1996. He was drafted #4 by the Chicago Bears in the 1975 NFL Draft and spent his entire career in Chicago from 1975 to 1987. Payton is one of the most prolific running backs in NFL history. He was selected to nine Pro Bowls and at one time held records for most career rushing yards, most touchdowns, most carries, most yards from scrimmage, and most all-purpose yards. Payton holds a record with eight career touchdown passes (most for a non-quarterback). With the Bears he won Super Bowl XX. Payton was named NFL MVP in 1976, 1977, and 1985. He has been named to the NFL 1970s and NFL 1980s All-Decade Teams and the NFL 75th Anniversary All-Time Team. Payton was inducted into the Pro Football Hall of Fame in 1993 and his #34 has been retired by the Chicago Bears. He battled a rare liver disease late in life. He inspired the Walter Payton Award and the Walter Payton Man of the Year Award and is recognized for increasing awareness of the need for organ donations. Walter Payton passed away on November 1, 1999 at 45 years old.