What is Eminem's net worth?

Eminem is a multi-platinum selling American rapper, producer and actor. As of this writing, Eminem's net worth is $230 million. He is consistently one of the highest-paid entertainers in the world. In a given year, Eminem makes around $20 million a year. In years where he is actively touring to support an album, that number can easily approach $30-50 million.

Eminem was born Marshall Bruce Mathers III on October 17, 1972 in St. Joseph, Missouri. He spent his youth moving around Missouri with his single mom before they settled in Warren, Michigan. Before they divorced, his parents Marshall Sr. And Deborah "Debbie" Rae Nelson were actually in a band called Daddy Warbucks that performed around the mid-west, primarily at Ramada Inns.

After the divorce, Debbie and Marshall shuttled back and forth between Michigan and Missouri, never staying in one place for more than year, living primarily with family members. As a child, Marshall was a loner who was bullied frequently at school. In his teenage years, they lived in a predominantly-black neighborhood of Detroit.

Eminem initially dreamed of being a comic book artist, but that changed after he heard his first rap song, Reckless – Featuring Ice-T, off the soundtrack to the movie "Breakin'". The album was a gift from his half-brother Ronnie.

At 14 he adopted the rap persona "M&M" (based off his initials). At 17 he dropped out of high school. He worked a series of odd-jobs while writing songs and participating in freestyle rap battles around town.

Marshall eventually gained recognition and respect from the local Detroit area hip-hop scene. He joined a group called Bassmint Productions, which was later renamed Soul Intent. He recorded music with Mashin' Duck Records and FBT Productions, all while holding down a minimum wage job as a cook and dishwasher. Through a record company called Web Entertainment, Eminem released his debut album "Infinite" in 1996.

At some point around this time he adopted the edgier, violent persona "Slim Shady". As alter-ego Slim Shady, he rapped about drugs, sex, violence, rape and murder. In the spring of 1997 he record "the Slim Shady EP" which was released that winter by Web Entertainment.

In March 1998, Eminem was featured in The Source magazine's unsigned hype column. Not long after, he was evicted from his home and decided to travel to Los Angeles to compete in the Rap Olympics. He placed second, but more importantly an Interscope Records staff member loved what he heard and passed The Slim Shady EP on to company CEO Jimmy Iovine.

Jimmy Iovine played the album for Dr. Dre who had recently launched his own imprint Aftermath Records and was looking for new talent to sign. Dre would later describe his initial reaction to Eminem's demo in the following way:

"I was like: what the fuck!?, and who the fuck is that? In my entire career in the music industry, I have never found anything from a demo tape or a CD. When Jimmy played this, I said, 'Find him. Now.'"

Eminem was found and quickly signed a contract with Aftermath Entertainment to re-record and polish The Slim Shady EP with Dre as Executive Producer.

The album was an instant commercial and critical success. It was eventually certified 4X Platinum in the US alone and earned Eminem a Grammy for best rap album.

His next albums were absolute monsters. In May 2000 he released The Marshall Mathers LP. It was the fastest-selling hip-hop album in history and eventually sold more than 21 million copies. His next effort, 2002's The Eminem Show, sold more than 27 million albums.

As of this writing, Eminem has sold more than 170 million albums worldwide. That's enough to make him the ninth best-selling musical artist of all time behind Pink Floyd, Rihanna, Led Zepellin, Madonna, Elton John, Michal Jackson, Elvis and The Beatles.

In 1999, Eminem founded his own imprint under Aftermath Records that he called Shady Records. The first act to sign with the company was D12, a group of rappers Eminem knew from Detroit.

In 2002, while he was filming the movie "8 Mile" Eminem was introduced to an underground New York rapper named 50 Cent. Eminem had already heard several of 50's mixtapes and was eager to sign him to the label. 50 Cent soon became the first solo artist signed to Shady Records. In that same year, Shady Records released the soundtrack to 8 Mile which would go on to sell more than 11 million copies worldwide.

50 Cent's debut album, which was released in February 2003, would go on to sell 14 million albums worldwide. During his career to date, 50 Cent has sold 30 million albums.

As you can see, the above table does not include the peak record-selling years of Eminem's career, 2000 to 2003, as data was not reported on back then. He sold more than 50 million records during those years and performed 88 solo concerts as part of the Anger Management Tour.

During those years Eminem earned at least $100 million personally from record sales, touring and merchandise. That brings his total career earnings as of this writing to $380 million, conservatively. 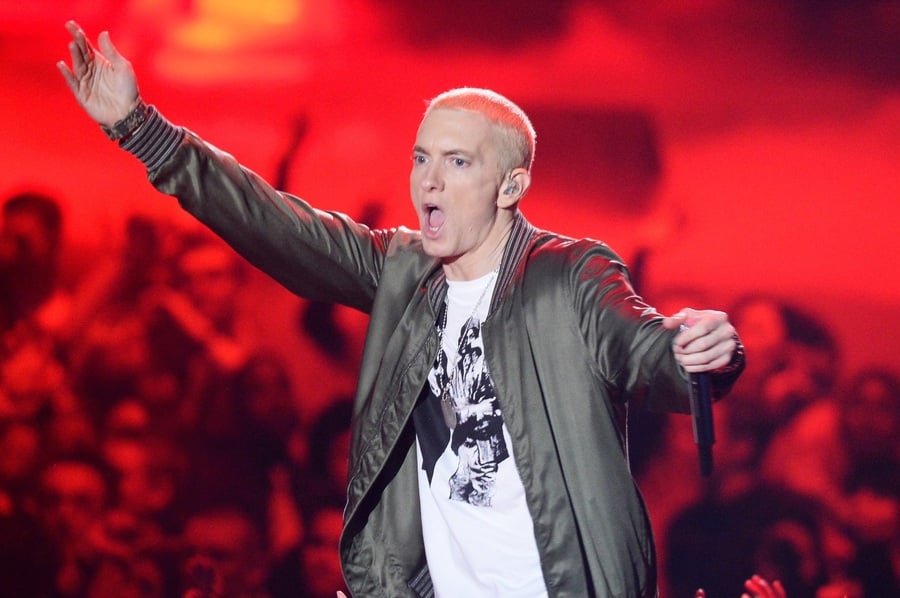 As of this writing, Eminem has won 15 Grammy Awards, eight American Music Awards, seventeen Billboard Awards and an Academy Award (for best song "Lose Yourself" – from the 8 Mile soundtrack).

In recent years, Eminem has become somewhat of a reclusive celebrity. He has openly struggled with drugs and is now sober. Throughout much of the late 90s and early 2000, much of his personal life was continuously displayed in courtrooms. He has battled both his mother and his ex-wife Kim. Kim and Eminem share a daughter together named Hailie. Eminem also has custody of Kim's daughter from another relationship, Whitney, and his niece Alaina.

In 2000, Eminem spent $1.483 million on an 8,900 square-foot home in Clinton Township, Michigan. This has been his primary residence throughout the years.

In 2003, he spent $4.8 million on a 15,000 square foot house in Oakland County, Michigan. It was the home of the former CEO of Kmart. Visitors be warned, Eminem retrofitted the property into a virtual fortress complete with electric fences and guard booths that are manned 24 hours a day by armed security. Also, the entire neighborhood is gated and guarded by additional security. Interestingly, Eminem barely lived at this house. He listed it for sale in 2017 for $1.99 million, eventually finding a buyer for $1.9 million.

Eminem has a net worth of $230 million. He is one of the best-selling musicians of all time, having sold more than 170 million records during his career to date. He has made millions off his own music and albums by artists under his label Shady Records. Between 2004 and 2019 alone, which doesn't include his most successful album-selling days, he earned at least $280 million, pre-tax. His total career earnings to date likely approach $400 million. 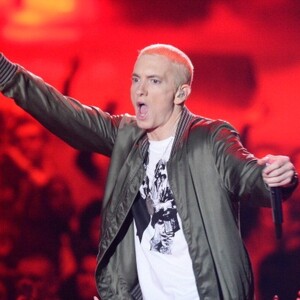