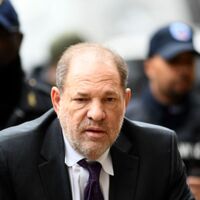 What is Harvey Weinstein's Net Worth and Salary?

Harvey Weinstein is an American film producer, studio executive and convicted rapist who has a net worth of $25 million. At the peak of his career, Weinstein's net worth was estimated at $300 million. Much of this valuation was based the value of The Weinstein Company before the sexual scandals of 2017 broke worldwide. His wife Georgina Chapman filed for divorce in October 2017. In March 2020 Harvey was sentenced to 23 years in prison.

In the wake of the scandals, Weinstein was at times reportedly too cash poor to pay for various spousal support obligations. This news came after he was fired from his own company and forced to pay Georgina Chapman a reported $20 million divorce settlement. On January 12, 2017, Harvey told a judge he was too broke to pay spousal support obligations to his first wife and their two children for the previous year. A judge agreed and issued a temporary halt on a $5 million debt he owed. His ex-wife countered with a complaint that Weinstein has used all of his liquid assets to pre-pay tens of millions of dollars of attorney's fees to protect him from various potential lawsuits around the globe.

Another interesting quirk in Harvey's finances involve his real estate sales in the months leading up to his scandal breaking. In the period between October 2017 and April 2018, roughly six months before his scandal became international news, Harvey sold six homes for a total of $56 million. According to real estate records, he profited in aggregate $18 million over the purchase prices. One example, a townhouse in New York City was purchased in 2006 for $15 million and sold in March 2018 for $25.6 million, for a $10.65 million profit. He was arrested on rape charges on May 25, 2018.

A year later he sold a commercial building that he owned with his brother for an additional $5 million profit (split with his brother). One of his six initial sales officially closed just three days before the scandal broke in the New York Times.

Harvey Weinstein was born March 19, 1952 in Flushing, New York. He is best known as co-founder of Miramax Films and The Weinstein Company. Harvey Weinstein and his brother Bob have been co-chairmen of The Weinstein Company, their film production company, since 2005. Together they own a combined 42% of the company. Harvey Weinstein won an Academy Award for producing Shakespeare in Love and earned 7 Tony Awards for producing a variety of winning plays and musicals including The Producers, Billy Elliot the Musical and August: Osage County. While operating Miramax they produced many films including most notably Pulp Fiction, The English Patient and Good Will Hunting. While operating The Weinstein Company, the brothers produced The Imitation Game, The Butler, Inglorious Basterds, Silver Linings Playbook and Django Unchained, to name a few.

In 2004 Weinstein was named a Commander of the Order of the British Empire in recognition of his contributions to the British film industry. Harvey Weinstein's career has been riddled with Praise, but also with criticism. Weinstein has been criticized by some for the techniques he allegedly applied in his business dealings, specifically for such deeds as 'campaigning' for Oscars for his films during Oscar season, which led to a ban on such campaigns by the Academy of Motion Picture Arts and Sciences. Weinstein cultivated a reputation for ruthlessness and fits of anger. Reportedly, he once put a New York Observer reporter in a headlock and threw him out of a party. On another occasion, Weinstein publicly criticized director Julie Taymor and her husband during a disagreement over a test screening of her movie Frida. He was accused of hassling Sydney Pollack on his deathbed about the release of the film The Reader. In another controversial move, in 2009, Weinstein publicly voiced opposition to efforts to extradite Roman Polanski from Switzerland to the U.S. regarding the 1977 charges of unlawful sexual intercourse with a 13-year-old. In 2013, New York Post film critic Kyle Smith accused Harvey Weinstein of making numerous anti-Catholic films, including Priest (1994), The Butcher Boy (1997), The Magdalene Sisters (2002) and Philomena (2013). 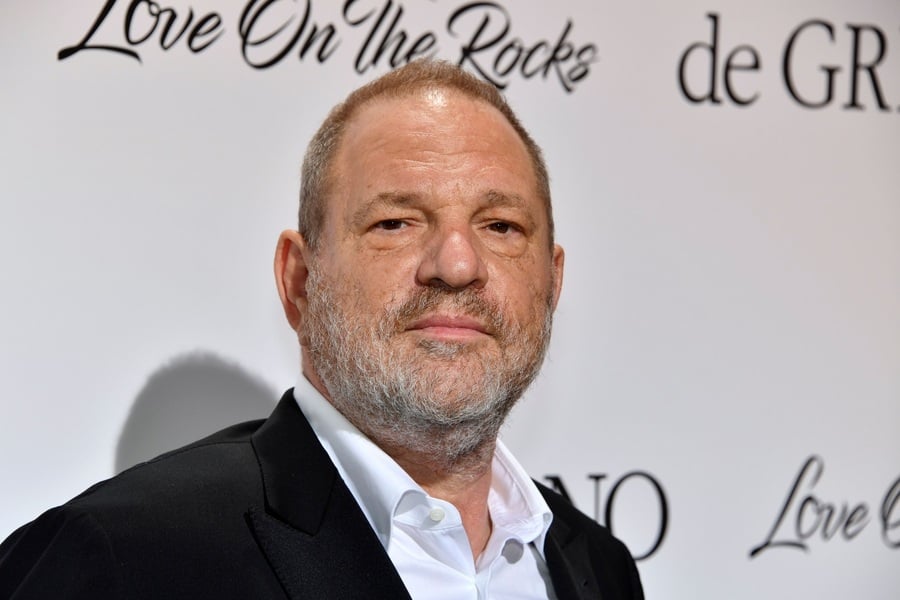 In 2017, Harvey was forced to respond to numerous sexual harassment claims lodged by women such as Ashley Judd dating back 20 years. On October 9, 2017, Harvey was fired by the board of directors of The Weinstein Company. Within weeks, Weinstein was banned from working with various production guilds in the entertainment industry that will essentially make it impossible for him to work again in the industry.

In May 2019, it was reported that Harvey had reached a $44 million settlement with his victims. The $44 million figure would break down like this: $30 million would go directly to plaintiffs in cases against Weinstein, while the other $14 million would go towards legal fees for Weinstein's (mostly former) associates who are also named as defendants in the lawsuits in question. The settlement will be majority paid for by Harvey's insurance companies.

In December 2019, it was reported that the settlement had actually been reached at $25 million. The payment would actually be made by an insurance company. If the deal went through at $25 million, 18 alleged victims would split $6.2 million. No individual would receive more than around $500,000. Separately, $18.5 million would be set aside for future claimants in an ongoing class-action lawsuit.

In March 2020 Harvey was sentenced to 23 years in prison of first-degree criminal sexual act and third degree rape.