What is Travis Scott's Net Worth?

Travis Scott is an American rapper, singer, songwriter and record producer who has a net worth of $60 million. He is one of the highest-paid and most popular rappers in the world. He is also notable for his relationship with Kylie Jenner. In a touring year Travis can easily earn $40 – $60 million total from his various endeavors.

Jacques Berman Webster II, known professionally as Travis Scott, was born in Houston, Texas. He lived with his grandmother in South Park, Houston, a high-crime area, until age six. He then moved to Missouri City, a middle-class suburb southwest of Houston, to live with his parents. He graduated from Elkins High School and enrolled at the University of Texas San Antonio, eventually dropping out his sophomore year to pursue a music career.

Scott formed music duo "The Graduates" with longtime friend Christ Holloway, releasing their untitled first EP on Myspace in 2008. In 2009 he formed the group "The Classmates" with schoolmate OG Chess, releasing two projects together. After dropping out of college, he moved to New York City, where he worked with friend Mike Waxx. Frustrated with a lack of progress, Scott moved to Los Angeles after spending only four months in NYC. In Los Angeles, he slept on a friend's couch as he continued to produce music.

Scott's first solo full-length project, a mixtape titled "Owl Pharaoh," was scheduled for release as a free download in 2012, but the project was delayed due to sample clearance issues. It was eventually released in May 2013, on the iTunes store. He continued to make music and perform, including at the 2014 South by Southwest (SXSW) music festival in Austin, Texas, before releasing his second mixtape, "Days Before Rodeo" in August 2014.

His first studio album "Rodeo" was released September 2015 by Grand Hustle and Epic Records. It features guest appearances from artists such as Quavo, Juicy J, Kanye West, The Weeknd, Swae Lee, and Justin Bieber, to name a few. It was well-received both critically and commercially, debuting at number three on the US Billboard 200 chart. His second studio album "Birds in the Trap Sing McKnight" was released in September 2016, and became his first number one album on the US Billboard 200. That same month Scott also signed a worldwide deal with Universal Music Publishing Group. 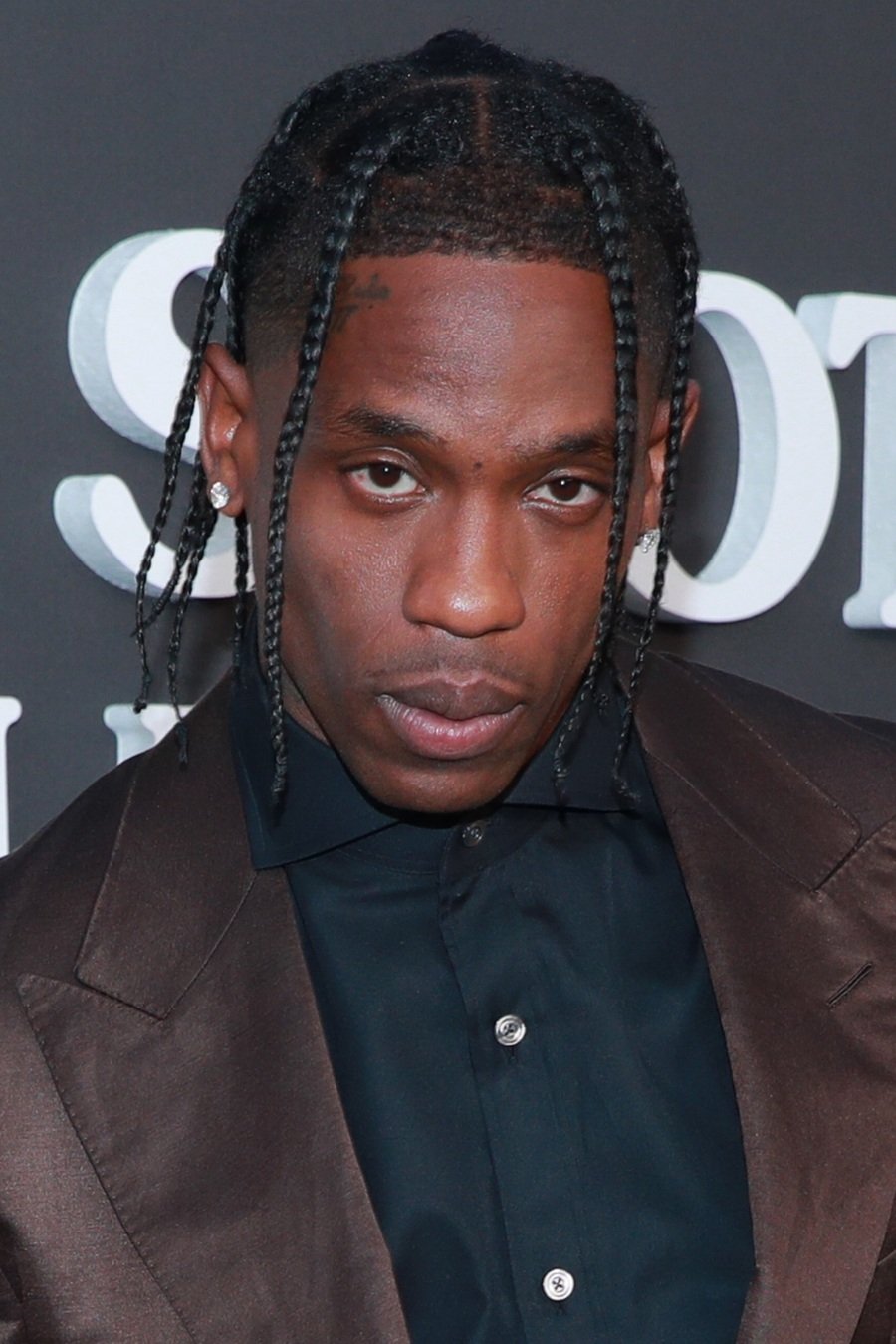 Scott's collaborative album with Quavo from rap group Migos, "Huncho Jack, Jack Huncho," was released in December 2017. It was followed by his third solo album "Astroworld" in August 2018. "Sicko Mode," the album's second single, became his highest charting solo single after peaking at number one on the Billboard Hot 100. In He ended the year 2019 with the release of collaborative album "JackBoys" from his Cactus Jack record imprint (launched in March 2017). It featured artists Don Toliver, Sheck Wes, and producer Chase B.

In addition to his own music, Scott has been a noted producer for other artists. For example, he was executive producer on Kanye West's G.O.O.D. Music label's compilation album "Cruel Winter." Scott has also produced songs and albums for artists such as Kanye West, Jay-Z, Trinidad James, Big Sean, John Legend, Drake, and Madonna. He produced the hit single "Bitch Better Have My Money" by Rihanna.

Scott's work has been well-recognized at various awards ceremonies, including his People's Champ Award win at the 2016 BET Hip Hop Awards and at the 2019 Billboard Music Awards, where he won Top Streaming Song (Audio) for "Sicko Mode." He was nominated for Album of the Year at the 2017 Grammys as a featured artist on Justin Bieber's album Purpose. He was nominated for another Grammy in 2018 and several more in 2019, including Best Rap Album and Best Rap Song. 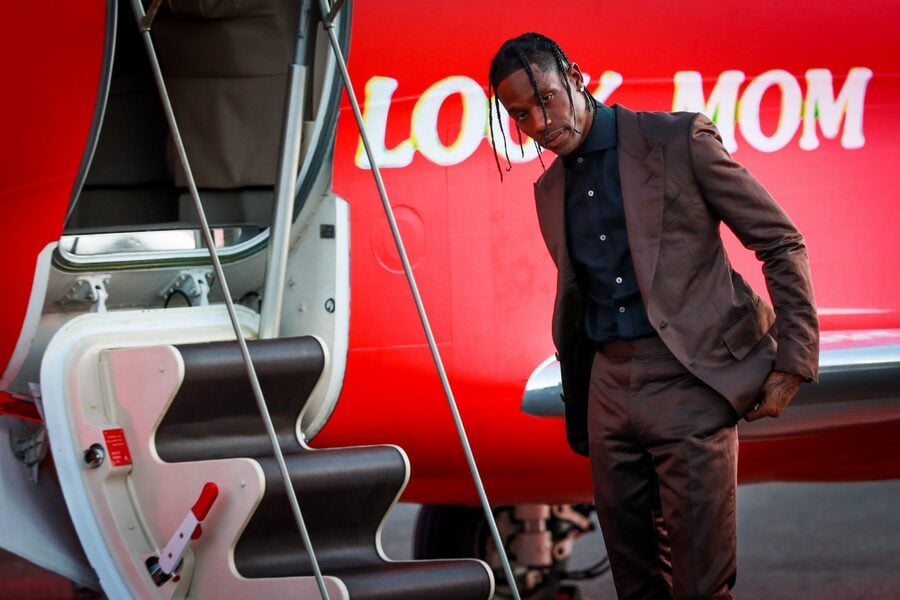 Scott's documentary film "Look Mom I Can Fly" was released on Netflix in August 2019. He also has several brands that he works with. His official partnership with Nike began in 2017, when he starred in a Nike campaign for the VaporMax sneak in May that year. He released his first shoe with Nike, an Air Force 1 sneaker collaboration, in December 2017, followed by the Travis Scott x Air Jordan 4 "Cactus Jack" release in June 2018; Travis Scott x Nike Air Force 1 "Sail" release in August 2018; and Travis Scott x Nike SB Dunk release in February 2020. Scott's other forays into the world of design include a capsule collection inspired by his Texasn roots, released with fashion brand Helmut Lang in early 2017.

Additionally, Scott has starred in an advertising campaign for the Saint Laurent Spring/Summer 2019 collection. The luxury house produced the music video for his 2019 track "Can't Say," providing his full wardrobe for the project as well. Scott was also in a 2018 Fortnite-themed Samsung commrcial alongside streamer Tyler "Ninja" Blevins.

In 2020 Travis signed a $20 million endorsement deal with McDonald's.

In June 2020 Travis paid $23.5 million for a mansion high up in the hills of Brentwood in Los Angeles. At the time of the purchase he still co-owned a $13.5 million mansion near Beverly Hills with ex-girlfriend Kylie Jenner. In 2021 he paid a little under $6 million for the home immediately next door to his Brentwood home. 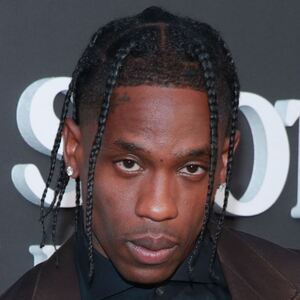