What is Rihanna's Net Worth?

Rihanna is a Barbados-born singer, songwriter, actress and entrepreneur. As of August 2021, Rihanna's net worth is $1.7 billion. That makes her the richest female musician in the world. Rihanna is one of the most popular and commercially successful music artists in the world today. A large portion of her net worth is attributable to the value of her Fenty Beauty Line which is a partnership with luxury goods company LVMH. The brand generates north of $100 million in revenue. Rihanna reportedly owns 50% of the partnership and the brand is worth $2-3 billion. She also owns 30% of a lingerie brand called Savage X Fenty which is currently worth around $1 billion.

Robyn Rihanna Fenty was born on February 20, 1988 in Saint Michael, Barbados. She is of Afro-Barbadian, Afro-Guyanese, and Irish descent. She grew up in a rocky home environment due to her father's alcoholism and crack cocaine addiction, turning to music as a solace. After being discovered in Barbados by American record producer Evan Rogers, he brought her to the United States where she recorded demos, and was signed to Rogers' and Carl Sturken's production company, Syndicated Rhythm Productions.

After her demo was heard by rapper Sean Carter, aka Jay-Z, who was the then CEO of Def Jam Records, Rihanna was invited to audition for him. She was immediately signed to a six-album record deal in 2004.

She worked with a team of producers including Jay-Z on her debut studio album, "Music of the Sun" (Aug. 2005). This was quickly followed up by "A Girl like Me" (Apr. 2006), Rihanna's first album to be certified platinum by the RIAA. The 2007 album "Good Girl Gone Bad" received positive critical reviews, and its lead single "Umbrella" sold over 8 million copies worldwide and won her a Grammy Award in 2008 for Best Rap/Sung Collaboration alongside Jay-Z.

Throughout her career, Rihanna has received numerous awards, including 9 Grammy Awards, 12 Billboard Music Awards, 13 American Music Award, and 8 People's Choice Awards, among many others. 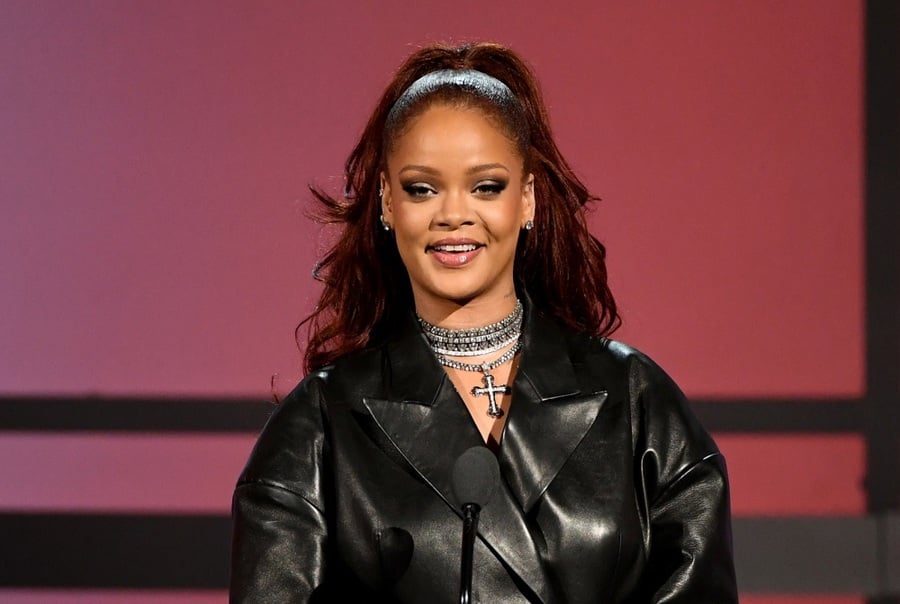 Rihanna has successfully translated her fame into various successful business ventures and deals. In 2015, she signed a $25 million contract with Samsung to promote their Galaxy line of products. Other brands she has worked with include Secret Body Spray, MAC Cosmetics, Budweiser, Armani, Dior, Cover Girl, Gucci, Clinique and River Island. In 2014 she became the creative director of the fashion sportwear brand Puma, overseeing the brand's women's line and releasing sold-out apparel and footwear collaborations. She is also co-owner of the music streaming service Tidal, along with other celebrities like Jay-Z, Madonna, and Kanye West.

In September 2017 Rihanna launched a makeup line called Fenty Beauty in partnership with luxury goods maker LVMH's Kendo Brands. The brand did $100 million in revenue in its first two months. In 2018 the line generated $570 million. It's conceivable that the total value of the brand would be $2 – $3 billion based on a 7X revenue multiple. It's been reported that Rihanna owns 50% of the brand. At thse valuations levels, Rihanna's stake is worth $1-1.5, pre-tax.

In addition to Fenty Beauty, Rihanna also co-owns the lingerie brand, Savage X Fenty, which launched in 2018. She owns 30% of this brand. Today Savage x Fenty is worth $1 billion.

She previously owned the fashion/accessories brand Fenty. This brand was shuttered.

Rihanna is consistently one of the most philanthropic celebrities on the planet. In 2020 she donated $8 million to support coronavirus relief. Through her Clara Lionel Foundation she has given more than $2 million to help abuse victims in Los Angeles and $5 million to other charities.

Rihanna has had several high-profile romances, such as with rapper Drake (on-and-off from 2009 to 2016) and Saudi businessman Hassan Jameel (2017 to January 2020). But perhaps her most famous relationship was with rapper Chris Brown. In 2009, reported surfaced that her then-boyfriend Brown has physically assaulted her. Subsequently leaked photographs showing visible facial injuries on Rihanna confirmed those reports. Brown was charged with felony assault and making criminal threats, and sentenced to community labor and five years of counseling after accepting a plea deal. Rihanna and Brown briefly reunited in 2013 for a few months.

In October 2014 Rihanna paid $5.545 million for a condo in LA's Century City neighborhood.

In 2017 she bought a home in the Hollywood Hills. About a year after buying the property, she had a frightening break-in. Six months later she listed the property for sale for $7.5 million. As of this writing she has not found a buyer and is renting the home for $35,000 per month.

She reportedly also owns a multi-million dollar property in Barbados. 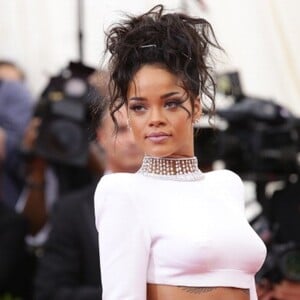