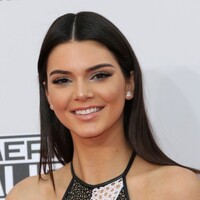 What is Kendall Jenner's Net Worth?

Kendall Jenner is an American reality television star and fashion model. Kendall Jenner has a net worth of $45 million. She is best known for her role in the reality television show "Keeping Up with the Kardashians" alongside her family. Kendall is one of the highest paid models in the world. Between June 2015 and June 2016, she earned $10 million. That's more than double the roughly $4 million she earned in the previous year. Between June 2016 and June 2017, she earned another $10 million. Between June 2017 and June 2018, she earned $22 million. In 2019 she earned around $12 million from her various endeavors. Kendall's money comes from social media posts, appearance fees and endorsement deals with companies like Calvin Klein, Estee Lauder, Marc Jacobs, Fendi, Kar Lagerfeld and more.

The daughter of retired Olympic decathlete champion Caitlyn Jenner (formerly Bruce Jenner) and television personality Kris Jenner. Kendall Nicole Jenner was born on November 3, 1995, in Los Angeles, California. She is part of a large mixed family unit, including her younger sister Kylie, and eight half siblings from both of her parents' previous marriages. Her most well-known half-siblings include the Kardashians, Kourtney, Kim, Khloé and Rob, Brandon Jenner of indie pop duo Brandon & Leah, and "The Hills" actor Sam "Brody" Jenner. Together with Kylie and the Kardashians, Jenner was raised in Calabasas, California, where she attended Sierra Canyon School before switching to homeschooling so she could pursue modeling. She graduated from high school in 2014.

Jenner was signed with Wilhelmina Models in July 2009, when she was 14 years old. Her first modeling job was the "Rocker Babes with a Twist" campaign for Forever 21 in December 2009 and January 2010. In April 2010, Jenner was featured in Teen Vogue, and in September 2011 she walked for designer Sherri Hill during Mercedes-Benz Fashion Week. Her career continued to steadily grow, and by the end of 2012 she had magazine covers in the following publications: American Cheerleader, Teen Prom, Looks, Raine, GenLux, Lovecat, and Flavour Magazine. She had also booked campaigns for brands like White Sands Australia and Leah Madden.

Partnering with Victoria's Secret photographer Russell James, Jenner appeared in publications like Kurv, Miss Vogue Australia, and Harper's Bazaar Arabia. She also featured in James' book launches for "Nomad Two Worlds: Australia" in Sydney and Los Angeles. With this partnership, Jenner shifted her work in the direction of high fashion, and signed with The Society Management in November 2013.

Under Society Management, Jenner has walked for high-profile brands such as Marc Jacobs, Givenchy, Chancel, Donna Karan, Diane von Fürstenberg, Tommy Hilfiger, Fendi, Bottega Veneta, Pucci, Dolce & Gabbana, Balmain, Victoria's Secret, H&M, Oscar de la Renta, Vera Wang, Givenchy, Miu Miu, and Dior. She was named an official Estée Lauder representative in November 2014. In March 2015 she signed a contract with Calvin Klein Jeans, and with Penshoppe in May. In April 2016 she signed to Chilean retail chain París, and in 2017 she starred in a campaign for La Perla Noted publications she has appeared in include Vanity Fair, Harper's Bazaar, GQ, and various international Vogue issues.

Kendall is one of the top 15 most-followed celebrities on Instagram. Kendall can earn hundreds of thousands of dollars to do a single Instagram sponsored post. In 2017 She was reportedly paid $250,000 to promote the infamous Fyre Festival that turned out to be a disaster. A typical sponsored post will earn Kendall $100 – $150,000. 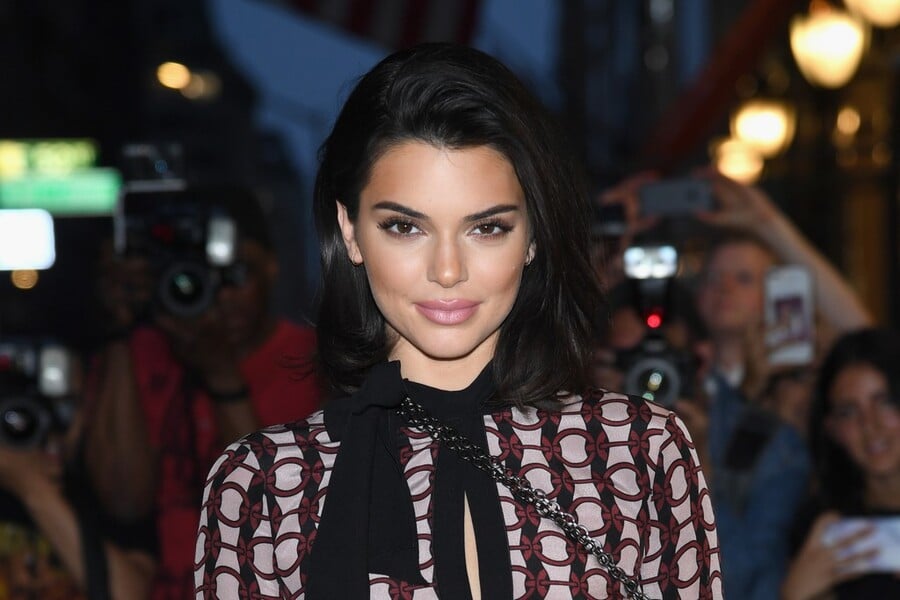 In 2014, Kendall made her first real estate acquisition when she bought a condo in Westwood, California for $1.3 million. She tried to sell that condo in June 2017 for $1.6 million but eventually had to lower the price to $1.5 million to find a buyer. In 2017, Kendall sold her Hollywood Hills home for $6.85 million. She gained around $350,000 from the sale after buying in 2016 from actors John Krasinski and Emily Blunt. Jimmy Kimmel lived directly across the street. Blunt and Krasinski bought the house in 2009 for $1.86 million. In October 2017, Kendall picked up a five-bedroom home in Beverly Hills for $8.55 million. A big reason she sold the Hollywood Hills home was due to the fact that it was semi-exposed and she had a number of 911 stalker incidents at the property. The new Beverly Hills home is in the much more secure gated community of Mulholland Estates. Though it should be noted that Paris Hilton's Mulholland home was burglarized FIVE TIMES. Today her next door neighbor is Christina Aguilera.

In addition to modeling, Jenner has ventured behind the camera herself. Her first published work as a photographer was in the sixteenth anniversary issue of LOVE magazine, where she styled and photographed Kaia Gerber, daughter of supermodel Cindy Crawford. Jenner also co-authored the novel "Rebels: City of Indra" (2014) with her sister Kylie and ghostwriter Maya Sloan.

Together with her younger sister Kylie, as well as her Kardashian family, Jenner has secured several lucrative business deals. In 2011 she created two nail lacquers for the Kardashian Kolors nail polish line by Nicole by OPI, eventually earning a combined profit with Kylie of $100,000. The Jenner sisters' other collaborations include their 2013 "Metal Haven by Kendall & Kylie" jewelry collection with Mascal Mouawad's Glamhouse, their 2014 shoe and handbag line for Nordstrom under Steve Madden's Madden Girl line, "The Kendall & Kylie Collection" with PacSun launched in 2013, and the "Kendall + Kylie" Topshop collection launched in 2016. Furthermore, in September 2015 each of the Jenner and Kardashian sisters released a paid subscription mobile app website in collaboration with Whalerock Industries, and in 2016 the Jenner sisters partnered with Glu Mobile to launch the "Kendall and Kylie" app, a spinoff of their older sister Kim's app "Kim Kardashian: Hollywood."

Jenner is no stranger to controversy and public backlash. In January 2017, Jenner was paid $250,000 for an Instagram post promoting the upcoming Fyre Festival. Fyre Festival was actually a fraudulent event, plagued with corruption and inefficiencies, and many criticized Jenner for promoting the event. In April 2017, she starred in a Pepsi commercial titled "Live for Now." The commercial was live for only one day, after it was heavily criticized for trivializing the Black Lives Matter movement and protests against policy brutality.

In June 2017 she was once again in hot water, when she launched a line of T-shirts with sister Kylie that featured logos or images of famous musicians or bands, including Tupac Shakur, The Doors, Metallica, Pink Floyd, and The Notorious B.I.G. Several of the estates of the featured artists filed cease and desist letters, with the photographer whose image of Tupac Shakur was used even suing the sisters for copyright infringement. The sisters took down the shirts and issued a public apology.

Unlike her siblings, Jenner does not publicly disclose details of her love life.

Kendall Jenner's net worth is $45 million. She is one of the highest-paid models in the world. In a given year Kendall can easily earn $10 – $20 million from modeling contracts, social media posts and product endorsments.