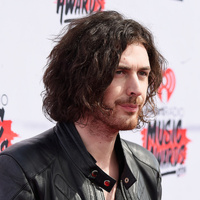 What is Hozier's Net Worth?

Hozier is an Irish singer and songwriter who has a net worth of $6 million. Hozier rose to fame in 2013 with his debut single "Take Me to Church," which charted in numerous countries across the globe and was certified 4x Platinum in the US. The single hit #1 in Belgium and reached #2 in Ireland, Australia, Canada, Germany, the Netherlands, New Zealand, the UK, and the US. He went on to have further success with his self-titled 2014 debut album and his 2018 EP "Nina Cried Power." In 2019, Hozier released his second studio album, "Wasteland, Baby!," which debuted atop the Billboard 200. In 2015 Hozier won Billboard Music Awards for Top Rock Artist and Top Rock Song.

Hozier was born as Andrew John Hozier-Byrne on March 17, 1990 in Bray, County Wicklow, Ireland to local blues drummer John and artist Raine. He started writing songs as a teen, and also taught himself how to play the guitar. At Delgany National School, Hozier sang in the school choir. He went on to attend St. Gerard's School, and then Trinity College Dublin, where he studied music education. At the latter institution, Hozier was involved with the Trinity Orchestra.

From 2007 to 2012, Hozier was a member of Anúna, an Ireland-based choral ensemble. With the group, he toured internationally, and also appeared as a soloist on the album "Illuminations." During this time, Hozier also performed at the Oxegen Festival, and for a time served as a backup singer for R&B artist Billy Ocean.

"Take Me to Church" Breakthrough

Hozier had his breakthrough in 2013 with his debut single "Take Me to Church," which originally appeared on his EP of the same name. He had written the song when he was struggling with his career. Hozier also released a music video for the song that went viral, landing him deals with Columbia Records and Island Records. Thanks to streaming platforms, "Take Me to Church" became a huge hit around the globe. In the US, it spent 23 straight weeks atop the Hot Rock Songs chart; by late 2014, it made it to number two on the Billboard Hot 100. "Take Me to Church" went on to earn a Grammy Award nomination for Song of the Year.

In 2014, Hozier released his self-titled debut studio album, which featured tracks from his earlier EPs. A significant success, it reached number one in Ireland and number two on the US Billboard 200. The album spawned the singles "From Eden," "Work Song," "Cherry Wine," "Sedated," "Jackie and Wilson," and "Someone New," which were released between 2014 and 2016. Following a brief hiatus, Hozier returned in 2018 with his EP "Nina Cried Power." The eponymous track, featuring vocals from singer Mavis Staples, became the lead single from Hozier's second studio album, "Wasteland, Baby!" Debuting atop the Irish Albums Chart, "Wasteland, Baby!" also debuted at number one on the US Billboard 200, marking Hozier's first number-one release in the US.

In October of 2021, Hozier was featured on the song "Tell it to My Heart" by the Italian electronic trio Meduza. Later, on New Year's Eve, he announced that he was working on his third studio album, entitled "Unreal Unearth." On social media, Hozier released some lyric excerpts from two of its songs, "Rob the Goddess" and "De Selby." 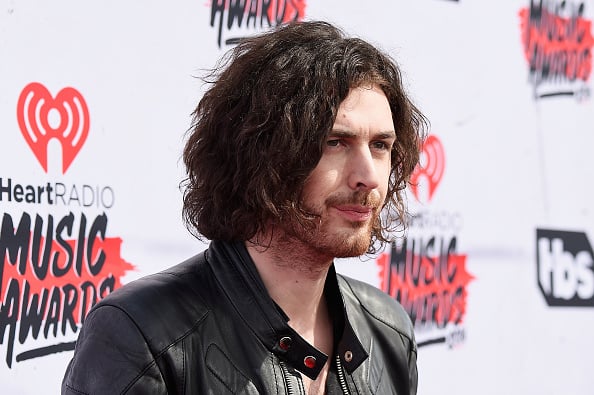 Hozier has gone on numerous tours and performed at various festivals over the years since rising to fame. In 2014, he did American and European tours to support his debut album. Later, to support his album "Wasteland, Baby!," he embarked on a global tour throughout North America, Europe, Australia, and New Zealand. Among his festival appearances, Hozier was the closing headliner at the inaugural Railbird Festival in Lexington, Kentucky in 2019, and was one of the headlining acts at Ireland's Electric Picnic the same year. Also in 2019, he played at the Glastonbury Festival and Lollapalooza.

Hozier draws from a variety of musical influences. Much of his early exposure to music was through his parents' jazz, soul, and blues records. He was heavily influenced early on by such artists as Muddy Waters, Bukka White, Otis Redding, Nina Simone, and John Lee Hooker. Hozier's guitar work, meanwhile, is inspired by Celtic folk. For his vocal influences, he has cited such artists as Johnny Cash, Woody Guthrie, Paul Simon, Ella Fitzgerald, and Aretha Franklin. Additionally, Hozier has mentioned Irish poets W. B. Yeats and Seamus Harvey as having had an impact on his songwriting.

Hozier has been involved in a range of activist endeavors. He works with Home Sweet Home, an organization led by Irish celebrities that aims to provide shelter to homeless families. Hozier is also outspoken in his civil rights activism; in 2020, he announced that all royalties from his song "Jackboot Jump" would go to the NAACP and Black Lives Matter. The same year, during the early days of the COVID-19 pandemic, he performed live on Facebook and Instagram to raise money for the Irish Society for the Prevention of Cruelty to Children. Hozier continued to support COVID-19 relief by participating in the fundraising special RTÉ Does Comic Relief, which sent its proceeds to victims of the pandemic.