Muddy Waters net worth: Muddy Waters was an American blues singer and songwriter who had a net worth of $5 million at the time of his death in 1983. That's the same as around $13 million in today's dollars. He was best known for being the father of modern Chicago blues.

Muddy Waters was born McKinley Morganfield in Issaquena County, Mississippi in April 1913. He passed away in April 1983. He played the guitar and harmonica. He started playing at 17 years old. In 1941 he was recorded for the Library of Congress. Waters moved to Chicago in 1943 to be a full-time musician and recorded his first records in 1946. He recorded several albums with his band Little Walter Jacobs, Jimmy Rogers, Elga Edmonds, and Otis Spann and sometimes Willie Dixon. Muddy Waters had lots of hit singles including "Hoochie Coochie Man", "I'm Ready", and "I Just Want to Make Love to You". He is known for his first live album At Newport 1960. Muddy Waters passed away on April 30, 1983 at 70 years old.

Estate Battle: Unbelievably, Muddy's estate took more than THREE DECADES to settle. In 2018 his heirs sued a former management company seeking $2 million worth of royalty payments that were owed for the period of 2008 to 2014. Muddy's daughter led the legal fight against a former manager who allegedly diverted funds to himself and family members. In a previous court filing, Muddy's family member claimed the were owed $50 million related to "cost and stress damages" in trying to recover his copyrights. 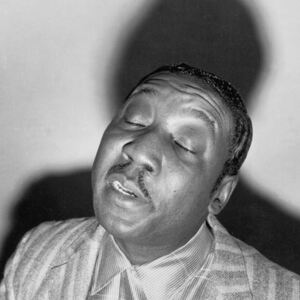