What is Johnny Cash's Net Worth?

Johnny Cash was an American singer and songwriter who had a net worth of $60 million at the time of his death, after adjusting for inflation. Cash became incredibly successful during his career, selling over 90 million records worldwide and establishing himself as one of the best-selling musicians of all time. He was also a versatile artist, and his music encompassed many styles and genres. Above all else, Johnny Cash was known for making music that evoked strong emotions.

J. R. Cash was born on February 26th of 1932 in Kingsland, Arkansas. Raised alongside six siblings, Johnny was working with his family in the cotton fields at a very early age. His working-class family struggled throughout the Great Depression, and this became an inspiration for many of his later songs. When he was 12 years old, his brother died in a freak accident. As a young boy, Johnny was exposed to Gospel music and eagerly listened to the radio. Before his teen years, he was playing the guitar and writing his own songs. His first taste of a music career came in high school, when he sang on a local radio station.

At the age of 18, Cash enlisted in the United States Air Force. After completing training, he was sent to West Germany, where he served under the 12th Radio Squadron Mobile as a morse code operator. His duties included intercepting and deciphering Soviet transmissions. Although his work was demanding, he still found time to start a band while in Germany. After four years of service, he was honorably discharged as a staff sergeant.

After leaving the Air Force in 1954, Cash moved to Memphis, Tennessee. He initially sold appliances and studied for a career as a radio announcer, but he quickly gravitated towards his true passion: music. Eventually, he auditioned for Sam Phillips at Sun Records, but was turned away because his Gospel music was no longer in fashion. He soon returned with some of the earliest examples of Rockabilly, including tracks like "Hey Porter" and "Cry, Cry, Cry!" These songs launched Johnny Cash's career.

He followed up with tracks like "I Walk the Line," which not only topped the country charts but also charted well on the pop charts. "Home of the Blues" further cemented Cash's claim to fame, although he was growing increasingly unhappy at Sun Records. Sam Phillips was still preventing him from recording any Gospel music, and he was receiving a 3% royalty instead of the standard 5%. By 1958, Cash had left Sun Records to sign a lucrative contract with Columbia Records.

With a new record deal to keep him happy, Cash released "Don't Take Your Guns to Town," which became another smash hit. He was then finally allowed to record a Gospel album. Because Sun Records still had a considerable archive of Cash's unreleased tracks, both they and Columbia simultaneously released successful singles under Cash's name during this period. Johnny also became a well-known touring artist over the next few years, famously wearing all black clothing and beginning each concert with the line "Hello, I'm Johnny Cash." 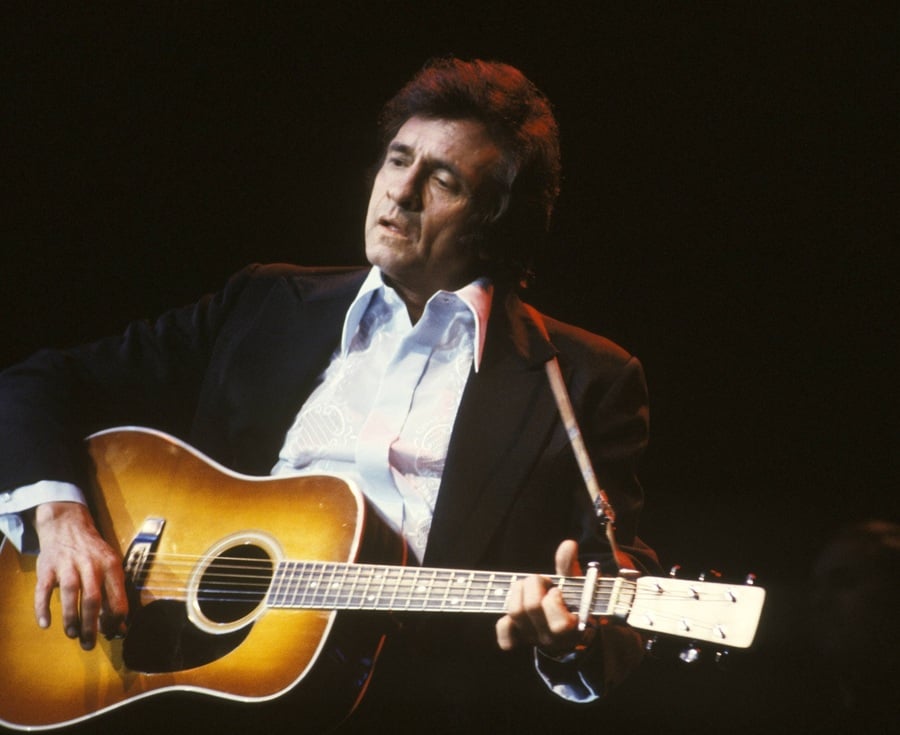 With fame, fortune, and appearances in films and TV shows, Cash was feeling the pressure. In the late 50s, he became addicted to barbiturates and amphetamines after initially using the drugs to handle the stresses of touring. Even though he was clearly spiraling out of control, he continued to release lasting hits such as "Ring of Fire." Speaking of rings of fire, Johnny Cash was the cause of a massive forest fire in California that destroyed 508 acres of forest. In 1965, he was sued by the government and settled for damages of about $80,000.

Eventually, Johnny Cash established a reputation as a rebel. Although he never served out a prison sentence, he was arrested numerous times and occasionally spent a night in jail before being released. Some of his crimes include picking flowers on private property and being found with over 1000 prescription drug pills hidden in his guitar case. During the mid 1960s, he also released the controversial album Bitter Tears and the experimental Sings the Ballads of the True West.

Towards the late 1960s, Cash divorced his wife and reached rock bottom. His drug addictions had become much worse, but he still managed to win a Grammy award for the duet "Jackson" with June Carter. Several experiences convinced him to clean up his act, and in 1968 June Carter agreed to marry him after he got clean. In the years that followed, he gradually decreased his drug use and in 1970 he was living a mostly sober lifestyle.

In 1969, Johnny Cash was given his own variety show by ABC. The Johnny Cash Show ran until 1971, and a number of mainstream performers appeared on the series. By the mid-70s, Cash's popularity began to decline and in 1977, he resumed his drug use. Although he was inducted into the Country Music Hall of Fame in 1980, he failed to release any notable hits in the next decade. However, he continued to tour and release albums.

By 1983, Cash hit rock bottom once again in terms of drug addiction. It all started when he was given painkillers after being kicked in the mid-section by an ostrich he kept on his farm. He spent the next decade or so in various rehab centers trying to get clean, and he relapsed several times. In 1988, he underwent double-bypass surgery on his heart, and he refused to take any painkillers due to his problems with drugs.

By the 90s, Johnny Cash was by his own admission "invisible" to major record labels, and he struggled to sign any noteworthy deals. However, the younger generations were beginning to discover Cash's music, and several punk bands began to cover his music. Cash also collaborated with the band U2 during this period.

In 1997, Johnny Cash was diagnosed with Shy-Drager syndrome (a form of multiple system atrophy), and was told that he had about 18 months to live. Soon afterwards, the diagnosis was changed to autonomic neuropathy. He released a handful of new albums throughout the next few years, but he was in and out of hospitals. In 2003, Johnny Cash passed away at the age of 73. He left behind a strong legacy as one of the most impactful musicians in country music history. 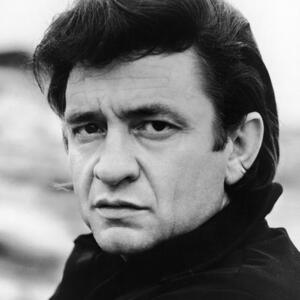