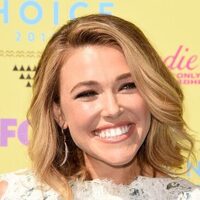 Rachel Platten net worth: Rachel Platten is an American singer and songwriter who has a net worth of $9 million. Rachel is best-known for the 2015 song "Fight Song" which was a top 10 hit in the US and reached #1 in the UK.

Rachel Platten was born in New York, New York in May 1981. She released her independent debut studio album Trust in Me in 2003 and her second studio album Be Here in 2011 on Rock Ridge Music. Platten released her EP "Fight Song" in 2015 on Columbia Records and it reached #20 on the Billboard 200 chart. Her third studio album Wildfire was released in 2016 #5 on the Billboard 200 chart and #5 in Canada. Platten's single "Fight Song" reached #1 on the US Adult Pop chart and in the UK as well as #6 on the Billboard Hot 100 chart, #2 in Australia, #5 in Canada, #6 in Ireland, and #8 in New Zealand. Her single "Stand By You" reached #6 on the US Adult Pop chart. In 2015 Platten was nominated for Teen Choice Awards for Choice Music: Breakout Artist and Choice Summer Song for "Fight Song".

Real Estate: In September 2020 Rachel and her husband sold a home in Venice, California for $3.7 million. About a month later they spent $4.9 million on a home in the LA suburb of Encino.