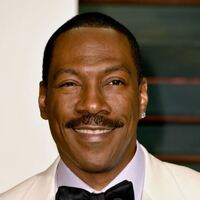 What is Eddie Murphy's net worth and salary?

Eddie Murphy is an American actor, comedian, producer and director. Eddie Murphy has a net worth of $200 million. Eddie Murphy is one of the highest-grossing actors in film history. As of this writing, his movies have grossed nearly $7 billion at the worldwide box office. That makes him the sixth-highest grossing American actor at the box office. In the late 80s, 90s and 2000s, Eddie was consistently one of the highest-paid actors in the world, routinely earning $20 million per movie. During his career to date, Eddie has easily earned over $300 million in salaries and backend royalties. In 2019 Netflix paid Eddie $70 million to deliver a series of comedy specials. When you total it all up, of the deals we KNOW about, Eddie has earned at least $420 million during his career to date.

Back in the early 1980s, Saturday Night Live gave Murphy a national audience and made him a HUGE star. He created iconic characters for the long-running sketch comedy show including Buckwheat, Mister Robinson, and Gumby.

Murphy became obsessed with comedy when he heard one of Richard Pryor's comedy albums as a teenager. When Eddie joined SNL in 1980, the show was struggling. Lorne Michaels had left the show. The original stars had all left. Murphy is credited with saving the show.

Murphy appeared in 65 episodes of SNL from 1980 to 1984. He was just 19 when he joined the NBC show. His material often tackled race issues in edgy ways. Sketches like "Mister Robinson's Neighborhood" and "White Like Me" have become classics.  The show launched him to superstardom. In a 2015 list of the greatest SNL cast members to date, Murphy was ranked second behind John Belushi.

Murphy launched his film career while he was still on SNL with 1982's 48 Hours.  He followed up with a series of smash hits including Trading Places, the Beverly Hills Cop films, Coming to America, Harlem Nights, and Another 48 Hrs. Murphy's box-office draw dropped slightly in the 1990s but was revived with a series of family-friendly movies, notably Mulan, the Shrek franchise, Dreamgirls, and the Nutty Professor movies. In 2006, Murphy was nominated for an Academy Award and won a Golden Globe for his role in Dreamgirls. In 2021 Eddie appeared in the rebooted Coming 2 America sequel. 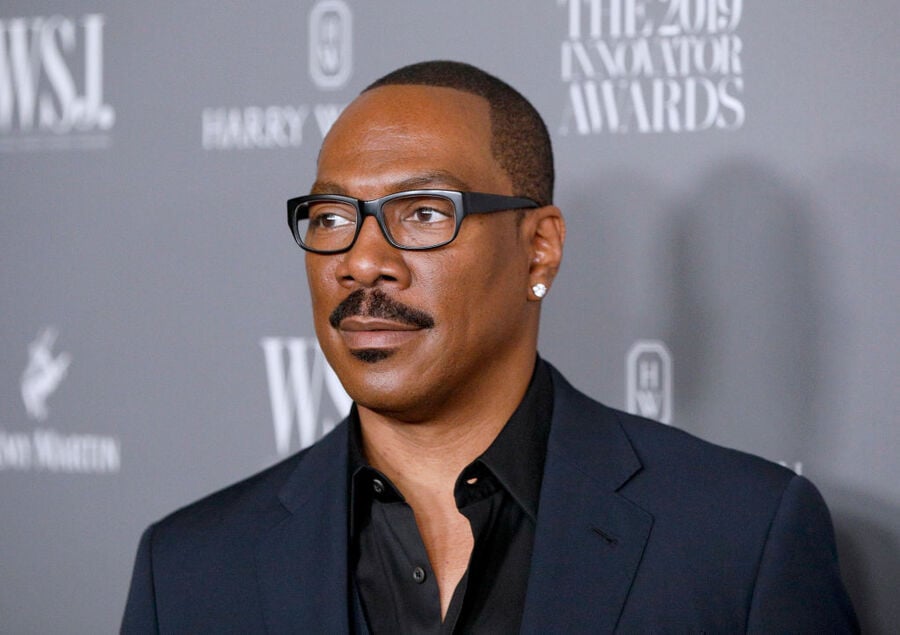 Eddie Murphy was born in Brooklyn, NY on April 3, 1961. He was raised in the Brooklyn neighborhood of Bushwick. is mother was a telephone operator and his father was a transit cop and amateur comedian. Tragically, his father died when Eddie was eight. He and older brother Charlie Murphy spent some time living in foster care when their mother grew ill temporarily. His mother recovered and eventually married.

Eddie became obsessed with comedy after hearing a Richard Pryor comedy album as a teenager. He was also heavily influenced by Bill Cosby. In 1980, at the age of 19, Eddie joined the cast of Saturday Night Live. At the time, the show was struggling drastically in the ratings after losing all of its original stars. Eddie was a smash hit and lifted the show to new heights. Eddie remained at SNL until 1984.

In 1982, while still on SNL, Eddie made his big-screen debut in 48 Hrs. He followed up with a series of smash hits including Trading Places, the Beverly Hills Cop films, Coming to America, Harlem Nights, and Another 48 Hrs. Murphy's box-office draw dropped slightly in the 1990s but was revived with a series of family-friendly movies, notably Mulan, the Shrek franchise, Dreamgirls and the Nutty Professor movies.

In 2006, Murphy was nominated for an Academy Award and won a Golden Globe for his role in Dreamgirls. He has also produced a number of his own films, including Vampire in Brooklyn, Life, and Harlem Nights, which he also directed. In 2017 it was announced that Murphy will be returning to the Beverly Hills Cop films, this time starring in Beverly Hills Cop 4, scheduled to be released sometime in the future. In 2019 it was announced that Eddie would be reprising his role in Coming To America.

Eddie Murphy married longtime girlfriend Nicole Mitchell in 1993. The two divorced in 2006. Eddie reportedly paid Nicole a $15 million divorce settlement. Eddie dated Spice Girl Mel B from 2006 to 2007. He dated business woman Tracey Edmonds in 2008. He has been dating model Paige Butcher since 2012. Eddie has 10 children from his various relationships.

In terms of his salary over the years, Murphy earned just $4,500 per episode of Saturday Night Live in 1981. The following year his salary was raised to $30,000 per episode.

His first major paycheck came in 1984 when he earned $1 million for the film Best Defense.

In July 2019 it was reported that Eddie was in talks to receive $70 million to record a series of comedy specials for Netflix. That's $10 million more than the $60 million Dave Chappelle earned for his 3-special deal. Chris Rock earned $40 million for two specials. 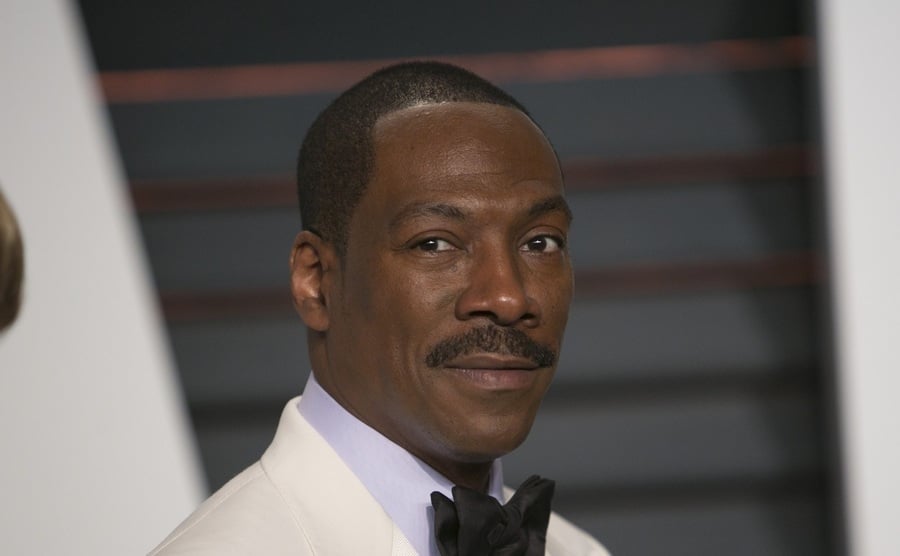 "Every bad decision I've made has been based on money. I grew up in the projects and you don't turn down money there. You take it, because you never know when it's all going to end. I made Beverly Hills Cop III because they offered me $15 million. That $15 million was worth having Roger Ebert's thumb up my ass."

Over the years Eddie has owned a number of extraordinary mansions. For a period in the 1990s, Eddie lived in Granite Bay, California (near Sacramento) in an opulent custom-built mansion in a luxurious gated community. After selling the Granite Bay home, Eddie spent $10 million on a 3.7-acre undeveloped lot in the extremely exclusive Beverly Hills neighborhood of Beverly Park. Beverly Park is a gated community at the top of the most-expensive part of Beverly Hills. It's home to stars like Mark Wahlberg, Denzel Washington, Rod Stewart and Sylvester Stallone… in addition to a number of multi-billionaires.

After buying his lot for $10 million in 2001, Eddie spent untold told millions constructing a brand new 40,000 square-foot mansion. The home has 32 rooms – 9 bedrooms, 9 bathrooms. The property has a large pool, tennis court, library and bowling alley. If it were to hit the market, the house would easily fetch north of $30-40 million. A previous Beverly Hills home that Eddie owned in the 1980s, was listed in 2016 by a later owner for $85 million.