Otis Redding net worth: Otis Redding was an American singer-songwriter, record producer, talent scout, and arranger who had a net worth equal to $10 million at the time of his death. Otis was a rare artist at the time because he wrote his own songs and therefore owned his own publishing rights. Those rights and royalties would go on to earn tens of millions of dollars in the decades after his death for his widow Zelma.

Redding is considered to be one of the greatest singers in American pop music history and has had a strong influence on soul and rhythm and blues music. He died in December 1967 in a plane crash at the age of 26.

Otis Redding was born in Dawson, Georgia in September 1941. At 15 years old Redding quit school to help support his family by working with Little Richard's backing band called the Upsetters. He joined the Pinetoppers in 1958 and got signed to a contract through an unscheduled appearance on a Stax recording session. His debut studio album Pain in My Heart was released in 1964.

He was received a Grammy Lifetime Achievement Award and was inducted into the Songwriters Hall of Fame and the Rock and Roll Hall of Fame. Otis Redding passed away on December 10, 1967 at 26 years old from a plane crash. 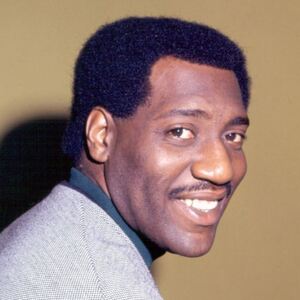