Mavis Staples net worth: Mavis Staples is an American gospel and rhythm and blues singer, actress, and civil rights activist who has a net worth of $6 million. Mavis Staples was born in Chicago, Illinois in July 1939. She has had success a solo artist and with her family's band The Staple Singers.

Staples released her self-titled debut studio album in 1969 on Volt Records. Her latest album Livin' On a High Note was released in 2016 and one of her best known singles is "The Weight" from her 1976 album The Last Waltz. Staples was featured in the 2015 documentary Mavis! in which she revealed that she turned down Bob Dylan when he proposed to her. The Staple Singers had hits with their songs "Respect Yourself", "If You're Ready (Come Go with Me)", "I'll Take You There", and "Let's Do It Again". Their 1975 album Let's Do It Again reached #1 on the US R&B chart. 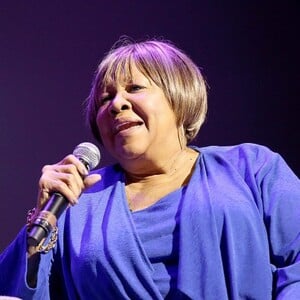