What Is Billy Ocean's Net Worth?

Billy Ocean, MBE is a Trinidadian–British singer and songwriter who has a net worth of $12 million. He released his debut album, "Billy Ocean," in 1976, and he has gone on to release 10 more, including "Suddenly" (1984) and "Love Zone" (1986), which were both certified 2x Platinum in the U.S. and Gold in the U.K. Ocean is known for hit songs such as "Love Really Hurts Without You," "When the Going Gets Tough, the Tough Get Going," "Get Outta My Dreams, Get into My Car," and the Grammy-winning "Caribbean Queen (No More Love on the Run)." Billy was named a Companion of the Liverpool Institute for Performing Arts in 2011, and he was made a Member of the Order of the British Empire (MBE) in 2020.

Billy Ocean was born Leslie Sebastian Charles on January 21, 1950, in Fyzabad, Trinidad and Tobago. Ocean's parents, Violet and Hainsley (a musician), both worked, so his eldest sister often took care of Billy and his siblings. When Ocean was 10 years old, the family relocated to Romford, England, and as a teenager, Billy performed in London clubs and worked as a tailor. He was discovered by John Morphew, who became his manager and recorded a single at Pye Studios. Morphew couldn't get any major labels interested in the single, so Ocean's father asked him to release Billy from his contract. Morphew complied, and Ocean joined the London-based band The Shades of Midnight in 1969. In 1971, Billy recorded the single "Nashville Rain"/"Sun in the Morning" for Spark Records under the name Les Charles, and he spent two years as the frontman of the studio band Scorched Earth, releasing the single "On the Run"/"Let's Put Our Emotions in Motion" in 1974. He has said that he chose the name "Billy Ocean" because of the Trinidad and Tobago football team Oceans 11.

Ocean's self-titled debut album was released in 1976, and the single "Love Really Hurts Without You" went Gold in the U.K. He followed his debut with 1980's "City Limit," 1981's "Nights (Feel Like Getting Down)," and 1982's "Inner Feelings." His fifth album, 1984's "Suddenly," was certified Gold in the U.K., 2x Platinum in the U.S., and 3× Platinum in Canada, and it reached the top 10 on the charts in the U.S., the U.K., and Finland. The single "Caribbean Queen (No More Love on the Run)" topped the "Billboard" Hot 100 and Hot R&B/Hip-Hop Songs charts as well as the charts in Canada and New Zealand, and the singles "Loverboy" and "Suddenly" were also hits. Billy's 1986 album, "Love Zone," reached #6 on the "Billboard" 200 chart and #2 on the UK Albums Chart and went 2× Platinum in the U.S. and Canada. The single "When the Going Gets Tough, the Tough Get Going," which served as the theme song for the 1985 film "The Jewel of the Nile," reached #1 on the charts in several countries and was certified Gold in the U.K. 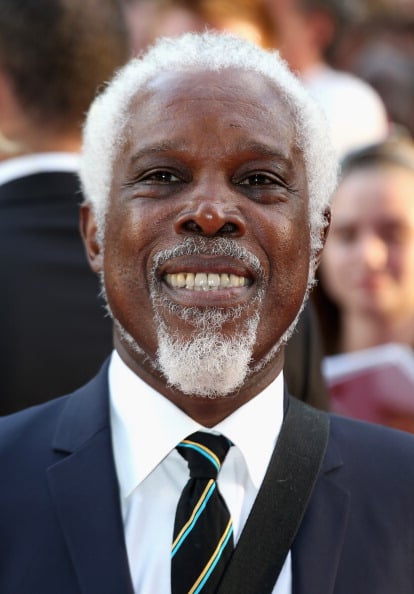 Ocean had another #1 single with "Get Outta My Dreams, Get into My Car," which was featured on the 1988 album "Tear Down These Walls." That album was certified Platinum in the U.S. and Canada and Gold in the U.K. and Australia, and it reached #2 on the UK Albums Chart. In 1989, Billy released "Greatest Hits," which went Platinum in the U.S., the U.K., and Canada. He only released one studio album in the '90s, 1993's "Time to Move On," and it included the singles "Pressure," "Pick Up the Pieces (Put It Back)," and "Everything's So Different Without You." It would be sixteen years before Ocean released his next studio album, 2009's "Because I Love You," which was followed by 2013's "Here You Are." In 2012, Ocean had a cameo in the comedy "Keith Lemon: The Film" as the title character's father, and in 2016, he performed a few of his hits on "The Tonight Show with Jimmy Fallon." In 2020, Billy released his eleventh studio album, "One World," and it reached #14 on the UK Albums Chart.

In 1978, Billy married Judy Bayne, who he met when he was 15. The couple lives in Sunningdale, Berkshire, England, and they have three children, daughters Rachel and Cherie and son Antony. After his mother passed away from ovarian cancer, Ocean decided to follow a vegetarian lifestyle. He told the "Daily Mail" in 2012, "When my mother died from ovarian cancer in 1989, it transformed my life. I looked at how she'd lived — an honest, incredibly hard-working woman — only to die just three years after I was successful enough to buy her a house and take care of her. I realized I had to take care of myself. So I took a five-year break from music to spend time with my wife and three children. I became more spiritual and just went off meat."

Billy was honored with a Lifetime Achievement Award at the 2010 MOBO Awards, and in 2002, he received an honorary doctorate of music from the University of Westminster, London. He earned three American Music Award nominations in 1987: Favorite Soul/R&B Video for "There'll Be Sad Songs (To Make You Cry)," Favorite Soul/R&B Male Artist, and Favorite Soul/R&B Male Video Artist. Ocean has also received nominations from the Soul Train Music Awards (Album of the Year – Male for "Love Zone," 1987) and the Pollstar Concert Industry Awards (Comeback of the Year, 1985). 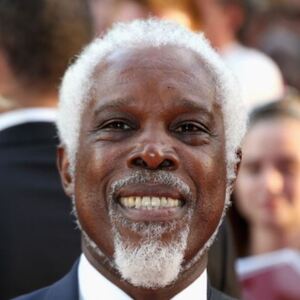