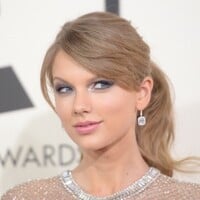 What is Taylor Swift's Net Worth?

Taylor Swift is an American singer, songwriter and producer who has sold over 200 million albums during her career to date. As of this writing Taylor Swift has a net worth of $400 million. The Pennsylvania native has been writing and recording music professionally since 2006, and has amassed a ridiculous number of awards and staggering album sales over the course of her career. Through her blonde-haired, blue-eyed pretty girl-next-door looks, and her lyrics about teen heartbreak, have endeared her to a million of fans around the world. She was discovered at age 15 by future music mogul Scott Borchetta while performing at a Nashville cafe. Borchetta signed Taylor as the first artist under his newly-formed Big Machine Records. Today she is one of the most-popular and most-successful entertainers on the planet. In some touring years she has easily earned north of $150 million. 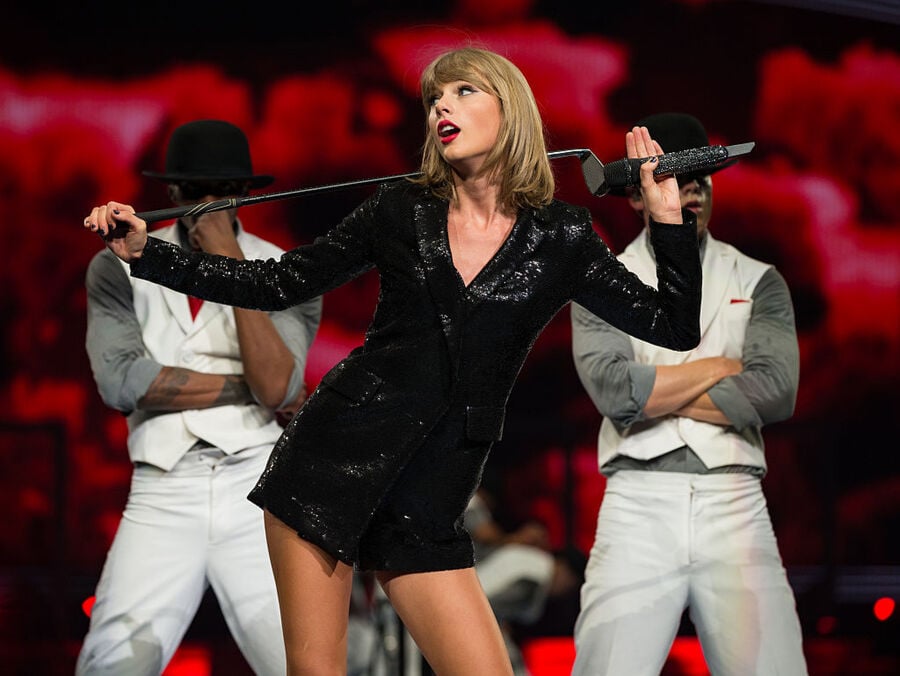 Taylor Alison Swift was born on December 13, 1989, in West Reading, Pennsylvania. She's named after musician James Taylor. She spent her early years with her parents Scott and Andrea and her brother Austin living on a Christmas tree farm. She attended a Montessori school for preschool and kindergarten and moved to The Wyndcroft School for first grade. When Taylor was nine, she got interested in musical theatre. She also enrolled in vocal and acting lessons in New York City. She first got into country music because she was a fan of Shania Twain. She performed at local events and festivals as a tween and teen. Eventually, she became convinced she needed to go to Nashville and she and her mom went and submitted Taylor's early demo of Dolly Parton and The Chicks covers. Record labels didn't think she was original enough and Taylor left Nashville without a record deal.

When she was 12, she learned how to pay the guitar and wrote "Lucky You." When Swift was 14, her family moved to Nashville to give her a better chance of breaking into music. Swift started working with music manager Dan Dymtrow in 2003. He was instrumental in getting Swift a modeling gig for the "Rising Stars" campaign by Abercrombie & Fitch and got one of her original songs included on a compilation CD from Maybelline. After performing her original songs at showcase for RCA Records, Swift was signed to an artist development deal. 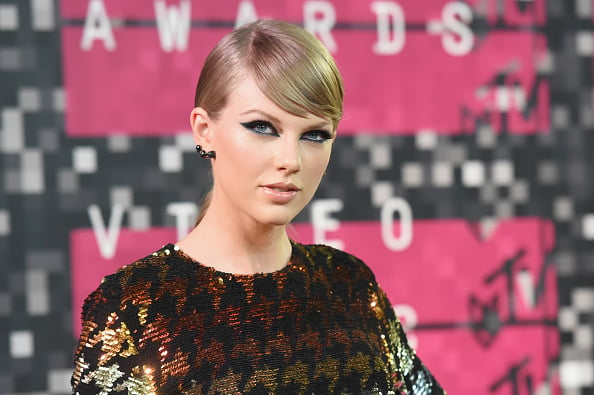 A year after signing with Big Machine Records, Swift released her first single "Tim McGraw," which preceded her first self-titled studio album release. Taylor Swift reached the number five position on the U.S. Billboard 200 but obtained the number one spot on the U.S. Country Music chart. The album produced two number one hit singles "Our Song" and "Should've Said No". To date, her first album has been certified platinum more than four times by the RIAA. Swift's second album, Fearless, peaked at number one on the U.S. Billboard, U.S. Country, New Zealand, and Canadian music charts. It has been certified platinum in four countries, six times in the USA alone, and also produced two number-one singles "Love Story" and "You Belong with Me". She has performed with music artists such as John Mayer, Justin Bieber and Faith Hill. Among Swift's many accolades are 23 American Music Awards, ten Grammy Awards, and 23 Billboard Music Awards. As of this writing, she has sold more than 50 million albums worldwide and 150 million singles. Between 2009 and 2018, Taylor embarked on five world tours that grossed a total of $943 million.

Swift has made several television and film appearances, both as herself on "Saturday Night Live" and "Dateline NBC" and in fictionalized roles on shows and in movies like "Valentine's Day," "CSI: Crime Scene Investigation," and "Hannah Montana: The Movie." Additionally, Swift has appeared in many popular publications including Seventeen, Teen Vogue, and Rolling Stone.

In August 2020, Swift dropped her latest album, "Folklore," which debuted at the top of the charts. 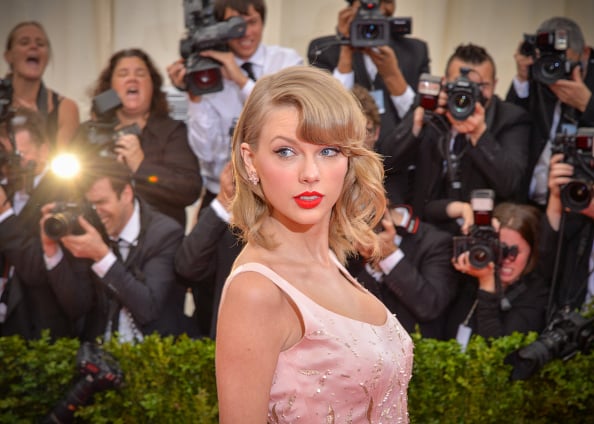 Taylor Swift's personal life has always been a fascinating subject for the media and her fans. She's been in a relationship with actor Joe Alwyn since May 2017, but before that she dated a who's who of famous men.

In November 2012 she started dating Harry Styles. Over the 2012-2013 winter holidays, Taylor and Harry went to the British Virgin Islands together and were done soon after they returned, allegedly because they were both busy and never in one place for long.

In late 2010, Swift embarked on a three-month relationship with actor Jake Gyllenhaal.

She also dated John Mayer briefly, but long enough to write the song "Dear John" about him.

While filming the movie Valentine's Day, Swift met Taylor Lautner, and pretty soon the duo was completely inseparable. That relationship wasn't long-lived either but also inspired a song — "Back to December."

In August 2020 as her surprise album "Folklore" dropped, Swift was spotted hiking in Utah with her boyfriend Joe Alwyn. 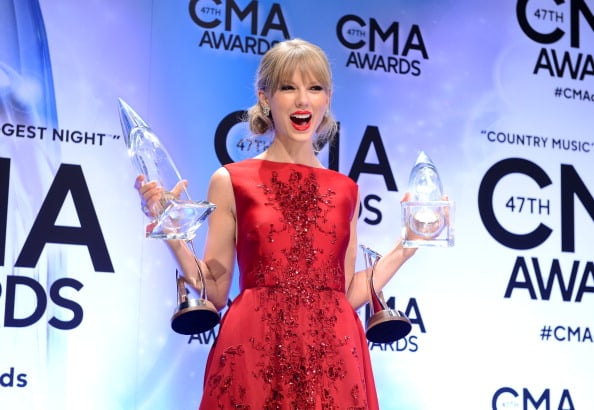 During her career, Taylor has partnered with hundreds of companies for endorsements and partnerships. Some of her partnership companies include AT&T, CoverGirl, Verizon Wireless, Diet Coke, Keds, AirAsia, Qantas, Sony Electronics and Target. 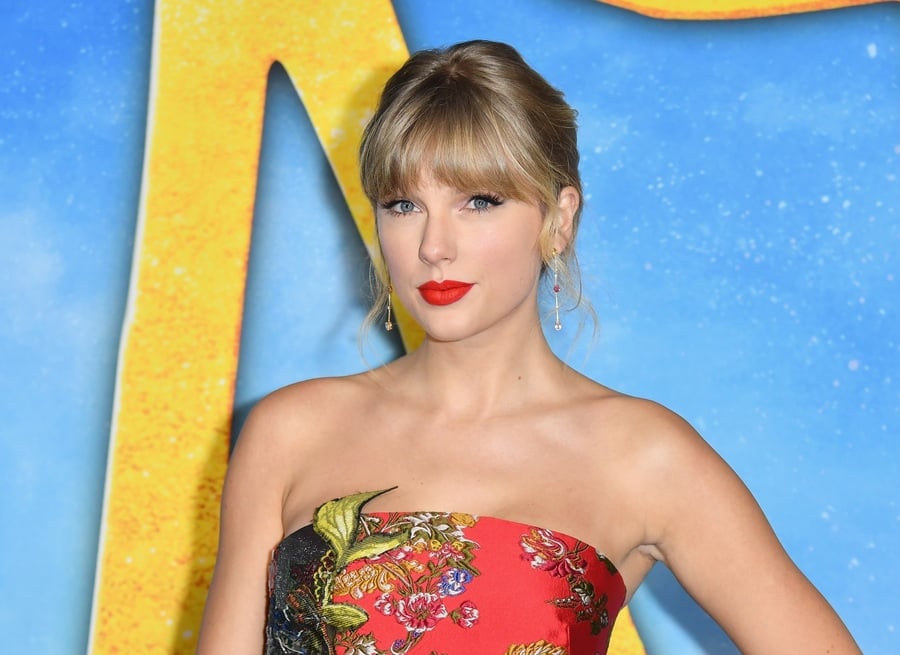 Taylor produced six albums for Big Machine Records between 2006 and 2017. When her deal with Big Machine was up for renewal in 2018, we learned that her relationship with the company and its founder Scott Borchetta had become quite strained. Taylor's primary goal in the negotiation was to gain control of her first six albums. Borchetta reportedly offered her a deal in which she would gain control of her old albums one at a time upon releasing new albums for many years to come. Taylor, who knew that Borchetta was looking to sell his company, would later explain that she did not want to be sold off to a new company. She ultimately chose to walk away from Big Machine and her back catalog and signed a new long-term deal Republic Records, an imprint of Universal Music. The new deal came with two notable stipulations: 1) She owns all of her master recordings from here on out. 2) She gets a larger cut of profits from her music sales. Furthermore, if Universal ever sells its $1 billion stake in Spotify, Taylor will receive a large cut. 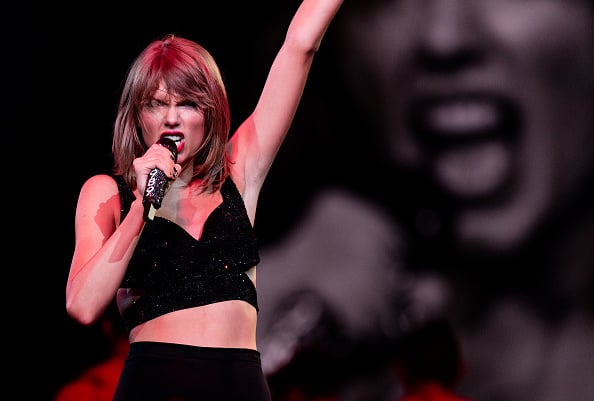 Taylor Swift's real estate portfolio is quite impressive. She owns roughly $90 million worth of real estate around the United States.

Nashville: When she was just 20 years old she bought a condo in downtown Nashville that today is worth $3 million. In 2011 she spent $2.5 million on a large estate in the suburbs of Nashville.

Rhode Island: Taylor Swift's house in Rhode Island, is an 11,000 square foot home overlooking the water. The eight-bedroom, ten and a half-bath house, rests 65 feet above Little Narragansett Bay, and was built in 1930. Inside there is a 45-foot sun room, a massive kitchen with an attached family room with its own fireplace, and an equally impressive dining room. The bedrooms are all large, and the majority of them have their own bathroom, or bathrooms.  There is also a roof terrace, a wet bar, and a recreation space on the lower level that opens to the beach.  The list of amenities goes on and on and includes multiple balconies, a pool, a fitness room, and a five-car garage.  The house was on the market for $24 million, but because Ms. Swift was willing to pay, in full, via wire, the price was dropped to a noticeably smaller, but no less heart attack inducing, $17.75 million.

New York City: Taylor owns $50 million worth of apartments in New York City. Her Manhattan footprint started in 2014 when she bought a penthouse in Tribeca that she eventually transformed into a 10-bedroom duplex that today is likely worth north of $20 million on its own. In 2017 she bought the 100-year-old four-story penthouse next to the duplex for $12.5 million. In February 2018 she spent $10 million on another condo in her original building.

Los Angeles: In Los Angeles, she lives in a $30 million mansion that she acquired in September 2015.

Massachusetts: Taylor Swift's house in Hyannisport, Massachusetts is considered part of the Kennedy compound. A massive seven-bedroom home with stunning views of the nearby ocean, the house originally went on sale for $13.5 million in 2010, but the price was cut in half in 2011, and Miss Swift snapped it up for $4.9 million this month. In addition to the the view and the number of bedrooms, the house also features high ceilings, floor-to-ceiling windows in almost every room, hardwood floors, private beach access, a wide expanse of lawn, and fenced in verandah access directly from the lower rooms of the house.