Early Life: Gates was born Melinda Ann French on August 15, 1964 in Dallas, Texas. She is the second of four children born to Elaine Amerland, a homemaker, and Raymond Joseph French Jr., an aerospace engineer. Melinda was introduced to the Apple II by her father, which sparked her interest in computer games and programming. She attended St. Monica Catholic School, and graduated as valedictorian from Ursuline Academy of Dallas in 1982. In 1986 she graduated from Duke University with a B.S. in computer science and economics, and the following year she graduated with an MBA from Duke's Fuqua School of Business. She was also a member of the Kappa Alpha Theta (Beta Rho Chapter) sorority while in college.

Career: Gates' first job was tutoring children in computer programming and mathematics. After she graduated, she began working at Microsoft, where she met Bill Gates. They got married in 1994. Melinda worked as a marketing manager and was responsible for leading the development of several multimedia products including Cinemania, Encarta, Publisher, Money, Works, and Word. Gates also worked on Expedia, which later went on to become one of the most popular travel booking sites. However, the program under Microsoft was a commercial failure. Gates was appointed as General Manager of Information Products in the early '90s and she held the position until 1996, when she left Microsoft to start a family.

Bill & Melinda Gates Foundation: In 2000, Bill and Melinda formed the Bill & Melinda Gates Foundation in Seattle, Washington. It is one of the largest private foundations in the world and holds $46.8 billion in assets. The foundation's goals are to reduce extreme poverty, improve education and enhance healthcare. Bill and Melinda have donated several billions of dollars to the Foundation. In 2018 it was reported that the couple had donated around $36 billion to the foundation. It is controlled by three trustees: Bill and Melinda, and Warren Buffet. The foundation has endowed a broad range of social, health, and educational developments since its founding, including the establishment of the Gates Cambridge Scholarships at Cambridge University. 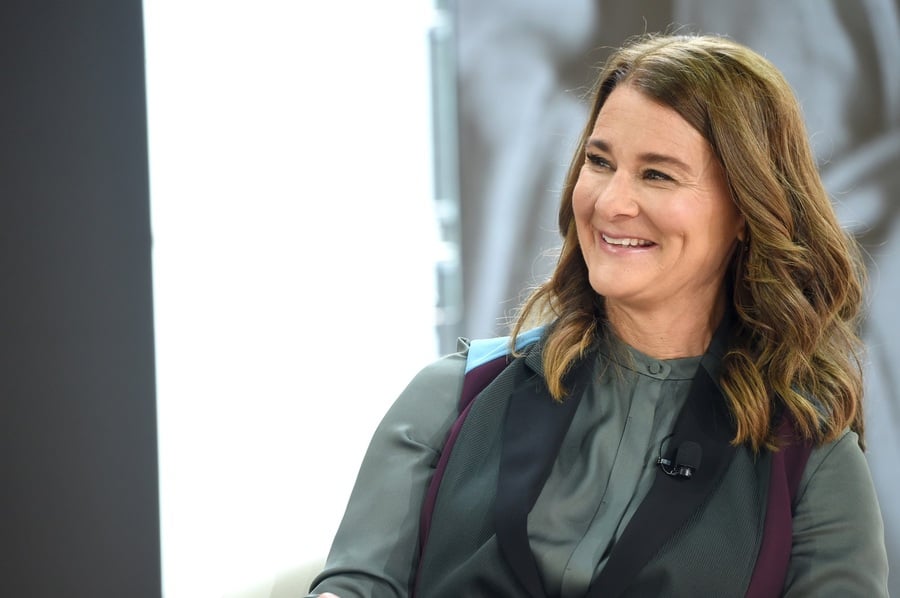 Recognition and Accolades: In 2002, together Melinda and Bill received the Award for Greatest Public Service Benefiting the Disadvantaged. In 2005, Melinda and her husband were named Time's People of the Year, along with Bono from U2. They received the Spanish Prince of Asturias Award for International Cooperation on May 4, 2006 in recognition of their charitable giving. Melinda, in November 2006, was awarded the Insignia of the Order of the Aztec Eagle. Bill was awarded the Placard of the same order, for their philanthropic work around the world in health and education, particularly in Mexico.

Seattle Children's Hospital dedicated the Melinda French Gates Ambulatory Care Building in May 2006, in honor of Melinda's work to improve the lives of children locally and globally. Gates chaired a campaign for the hospital to fundraise $300 million to expand facilities and to fund under-compensated care, as well as to grow the hospital's research program in order to find new treatments and cures.

Gates received an honorary doctorate in medicine in 2007 from the Karolinska Institute in Stockholm, Sweden. In 2009, she and her husband received honorary degrees from the University of Cambridge. Gates was also awarded an honorary Doctor of Humane Letters by Duke University in 2013 as a nod to her philanthropic contributions.

Since 2011, she's been ranked in the top 10 of Forbes' annual list of Top 100 Most Powerful Women, reaching #3 in 2013. In 2013, Gates was appointed an honorary Dame Commander of the Order of the British Empire. That same year, she was awarded the UCSF Medal. Bill and Melinda jointly received Indian's third-highest civilian honor, Padma Bhushan, in 2015. President Barack Obama in 2016 awarded Gates and her husband with the Presidential Medal of Freedom for their philanthropic efforts. In 2017, they were awarded at a ceremony in Paris with France's highest national award, the Legion of Honour. Gates has also been the recipient of the Otto Hahn Peace Medal and was appointed an honorary Dame. In 2017, Gates was listed by Richtopia at No. 12 on a list of 200 Most Influential Philanthropists and Social Entrepreneurs Worldwide.

Personal Life: Melinda and Bill were married in a private ceremony in Lanai, Hawaii in 1994. They have three children: Jennifer, Phoebe, and Rory Gates.

Real Estate: The Gates family resides in an earth-sheltered mansion on the side of a hill overlooking Lake Washington in Medina, Washington. The 66,000 square foot home, nicknamed Xanadu 2.0, was designed collaboratively by Bohlin Cywinski Jackson and Cutler-Anderson Architects of Bainbridge Island, Washington. In 2009, property taxes on the home were reported to be $1.063 million on a total assessed value of $147.5 million. The impressive sprawling oasis boasts a private library with a dome-shaped roof and oculus, a 60-foot swimming pool with an underwater music system, a 2,500 square foot gym, and heated floors and driveways. 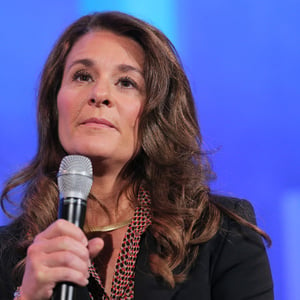