James Doohan Net Worth: James Doohan was a Canadian actor who had a net worth of $7 million. James Doohan was born in Vancouver, British Columbia, Canada in March 1920 and passed away in July 2005. Doohan was best known for playing the role of Montgomery "Scotty" Scott in the Star Trek franchise.

He as part of the Royal Canadian Army Cadet Corps and Royal Canadian Artillery. He studied acting at the Neighborhood Playhouse in New York City. From 1965 to 1967 Doohan starred as Thomas on the TV series Peyton Place. From 1966 to 1969 he starred as Scott on the series Star Trek. He also lent his voice to Star Trek: The Animated Series from 1973 to 1974. Doohan starred as Commander Canarvin on the television series Jason of Star Command in 1978. He starred as Scotty in the Star Trek film series from 1979 to 1994. He also had a recurring role as Damon Warwick on the soap opera The Bold and the Beautiful from 1996 to 1997. Doohan won a SFX Lifetime Achievement Award in 2003. In 2004 he was awarded a Star on the Hollywood Walk of Fame at 7021 Hollywood Blvd. James Doohan passed away on July 20, 2005 at 85 years old. 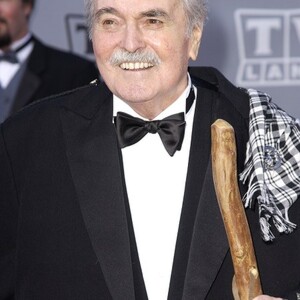