What is MrBeast's Net Worth?

MrBeast is an American YouTube star, philanthropist and entrepreneur. Mr Beast has a net worth of $25 million. Also known as Jimmy Donaldson, MrBeast is known for his YouTube stunts that give large sums of money away to friends or charity. He is considered the pioneer of philanthropic YouTube stunt videos. He is also one of the highest-paid YouTubers on the planet. In 2020 he earned $24 million from his YouTube channel, merchandise sales and sponsorships with brands like Microsoft and Electronic Arts.

Jimmy reportedly invests the majority of his video earnings back into video production. He now spends as much as $300,000 producing one video, up from $10,000 a few years ago. His stunts tend to have a philanthropic angle, like giving money to strangers or adopting an entire shelter of rescue dogs.

According to YouTube analytics service SocialBlade, MrBeast makes a minimum of $3 million per month from YouTube ads alone. That does not include in-video brand deals.

Jimmy Donaldson was born on May 7, 1998 in Greenville, North Carolina where he attended Greenville Christian Academy, graduating in 2016.

He started posting videos to YouTube when he was 12 years old under the user name "MrBeast6000". He briefly attended college but dropped out to pursue a YouTube career full time.

He followed up with a video where he counted to 200,000. Other popular accomplishments include reading the dictionary, reading the "Bee Movie" script, ubering across America, saying "Logan Paul" 100,000 times and watching the awful Jake Paul music video "It's Every Day Bro" on repeat for 10 hours straight.

In one week alone in July 2020, MrBeast gained 400,000 new subscribers and had more than 80 million video views. The success made him the 20th most-popular personality on YouTube during that period.

Jimmy really hit pay dirt in 2018 when he began the practice of "stunt philanthropy". In one particularly popular video from this period, MrBeast gave $1,000 to strangers. Millions of fans soon subscribed to his channels which saw him giving away hundreds of thousands of dollars, and even $1 million.

In December 2019 he posted a video which challenged people to keep their hand on a stack of $1 million on cash. Last person to remove their hand from the stack, got to keep the money:

MrBeast has confirmed that he spends just as much as he makes every month producing content. That lines up when you consider that in some videos he's literally giving away a million dollars. In August 2020 he spent at least $3 million on production costs, staff salaries rent and more.

In October 2019, Jimmy and a former NASA engineer Mark Rober launched a fundraising challenge called #TeamTrees. Their goal was to raise $20 million for the Arbor Day Foundation within three months. They surpassed the $20 million goal within two months and as of this writing the project has raised $23 million and has planted more than 7 million trees. When they eventually reach their goal of planting 20 million trees, the project will have removed an estimated 1.6 million tons of carbon from the atmosphere while also removing 116 thousand tons of chemical air pollution.

In June 2020, MrBeast launched a multiplayer endurance game called "Finger on the App". The concept of the game was actually quite simple. Users from around the world had to keep a finger on their phone screen in the app. The last person to take it off would win $25,000.

MrBeast has been nominated for a number of prominent awards during his career so far. In 2019 he won Breakout Creator at the Streamy Awards. That same year he was nominated for Ensemble Cast and Creator of the Year.

That same year he won the YouTuber of the year award at the Shorty Awards.

In 2021 he was nominated for Favorite Male Social Star at the Kids' Choice Awards.

In December 2020 Jimmy launched the "Beast Burger" in partnership with over 300 restaurants around the US. The day after releasing the MrBeast Burger app on the Apple store it quickly rose to be the #1 most popular free app on the platform. To date he has sold over a million burgers.

Outside of YouTube revenue, MrBeast's second-biggest source of income is his merchandise line. Sold through shopmrbeast.com, he offers a wide range of t-shirts, hoodies, hats, water bottles, mouse pads, backpacks and more. It has been estimated that roughly 40% of MrBeast's annual income comes from merchandise sales.

Over the years MrBeast has donated or raised tens of millions of dollars to various charities. His stunt videos have donated items to homeless shelters, the Veterans Army Wounded Warrior Program, Saint Jude Children's Research Hospital, and a local animal shelter in Los Angeles. For example, a December 2018 video donated $100,000 worth of clothing and other items to homeless shelters.

In October 2019 Jimmy partnered with NASA engineer and YouTuber Mark Rober to create a foundation called #TeamTrees. The goal was to raise $20 million over the next three months to benefit the Arbor Day Foundation. The organization would plant one tree for every dollar raised. Dozens of YouTubers banded together to promote the cause. Within 24 hours of launching, #TeamTrees had raised $4 million. By December they had raised over $20 million. As of this writing they have raised north of $22 million.

Jimmy suffers from an inflammatory bowel condition called Crohn's disease. He was diagnosed with the disease in ninth grade. Over the years he has mentioned the long-term battle he waged against the debilitating condition. Prior to being diagnosed, he was getting sick nearly every day and at one point lost 30 pounds over a summer because of the extreme discomfort. In addition to medication, MrBeast follows a fairly strict diet.

Maddy was revealed as MrBeast's girlfriend for the first time in a February 2020 video titled "Surprising My Girlfriend With 100,000 Roses For Valentines Day." That video has more than 50 million views as of this writing. Maddy has gone on to appear in several more MrBeast videos including "I Adopted EVERY Dog in a Dog Shelter" and "I Spent 50 Hours in Solitary Confinement." 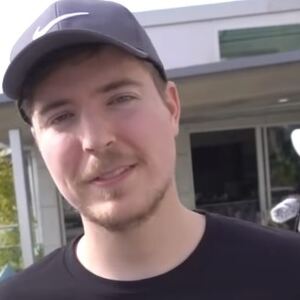