By Amy Lamare on October 12, 2014 in Articles › Entertainment

Football season is back and for millions of Americans that means a delightful day watching football from the time we wake up until the last game wraps for the weekend. A bad day on Saturday with your college alma mater can be partially forgiven when your NFL team wins on Sunday.

But make no mistake, football is a business, and a big business worth billions of dollars at that. In fact, the past year has seen a significant increase in NFL valuation because of a 3.6% rise in league revenue in 2013. The average NFL team is currently worth $1.43 billion, 23% more than a year ago, the biggest year-over-year increase since 1999. For the eighth consecutive year the Dallas Cowboys are the NFL's most valuable team.

The Cowboys, who have only made three postseason appearances in the past decade and are currently the subject of a number of derisive internet memes about QB Tony Romo's performance, have the league's highest revenue and operating income. The team is still profiting from the naming rights deal with AT&T for Cowboys' Stadium and are also launching two new deals this season with Carnival cruise line and Hublot, a global luxury watch brand. Those two deals combined will pay the Cowboys in the low seven figures each year for the next five years.

The Cowboys, Patriots, Redskins, and Giants all saw their value climb 39% or more over the past year because all four teams are in the top five in the NFL in terms of premium seating revenue and stadium sponsorship revenue. 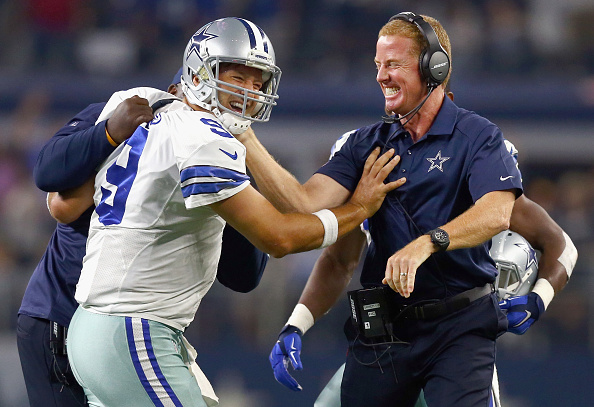 There is a trend in the NFL towards a widening wealth gap. The fact is, big market teams with modern stadiums and fans who are willing to pay a premium for seat are far outpacing smaller or mid market teams. The value of the Chicago Bears, New York Jets, San Francisco 40ers, and Philadelphia Eagles, for instance, each went up by at least 30% in the past year.

The thing is, the NFL is also far from even being close to peaking financially due to its strategic plan to use technology to create new apps, live content for wireless devices, and its investment in and support of fantasy football. The NFL's extreme popularity also gives it the ability to generate more revenue, as the desire for more NFL content is always warranted by fans. Let's take a look at the top 10 most valuable NFL teams:

Notable: How will the Ray Rice controversy affect the Ravens going forward?

Notable: Soldier Field is the smallest stadium in the NFL with a capacity of 61,500.

Notable: Philly is putting $125 million in private funding into renovating the less than a decade old Lincoln Financial Field over the 2013 and 2014 seasons.

Notable: Season attendance of MetLife Stadium is the 26th lowest out of the league's 32 teams at just 92.5%.

Notable: The Texans have re-branded their stadium as NRG Stadium for Reliant Energy, the Texas based electric retailer.

Notable: The Giants are second only to the Cowboys in total attendance with an average crowd of 80,495 at MetLife Stadium.

Notable: In 2013 the Redskins went 3-13.  QB Robert Griffin III struggled with multiple injuries and coach Mike Shanahan was fired after four years and one playoff appearance.

Notable: The Patriots have the second highest ticket prices in the NFL. Despite this, they've sold out every single home game since 1994.

Notable: As the saying goes, everything is bigger in Texas. The Cowboys recently signed a 25-year, $500 million, stadium naming rights deal with AT&T