Ray Rice Net Worth and Salary: Ray Rice is a former American professional football player who has a net worth of $13 million. After playing college football at Rutgers, Rice was drafted by the Baltimore Ravens in 2008. During his six-season playing career, Ray established himself as the Ravens' second all-time leading rusher. He was also part of the Ravens team that won the Super Bowl in 2013.

Rice's career was dealt a severe blow after he was indicted for assaulting his fiancee in 2014. Following the indictment, the Ravens released him and he was completely suspended from playing in the NFL. Eventually, he successfully appealed the decision – which many assumed would allow him to play once more. However, none of the teams in the NFL were willing to sign him because of his controversial reputation, and his career ended.

Early Life: Ray Mourice Rice was born on January 22nd of 1987 in New Rochelle, New York. When Ray was just a one-year-old, his father was killed in a drive-by shooting. More family tragedies followed, as his cousin was killed by a drunk driver when Ray was ten.

After attending high school, Ray started his journey into football. He became an excellent running back during this period. After graduating from high school, Rice attended Rutgers and started as a tailback for the school football team. He broke many records during his college football days.

Career: By 2008, Ray Rice was ready to enter the NFL Draft. He was picked up by the Baltimore Ravens in the second round and signed a deal worth $2.85 million – plus a $1.1-million signing bonus. Rice started strong for the Ravens, finishing with 546 rushing yards and 273 receiving yards.

By 2009, Rice had become the new starting running back for the Ravens. In the season opener for 2009, he rushed for 108 yards. During one game against the Steelers, he rushed for 141 yards. That season, he finished with 1,339 yards. After being selected for the Pro Bowl in 2010, Ray had another strong season and finished with 1,220 total rushing yards and 556 receiving yards. After another excellent season in 2011, Ray signed a $35-million contract extension in 2012.

In 2013, he was part of the Ravens team that won the Super Bowl. Unfortunately, that would prove to be the high point of his entire career. After legal issues hampered his progress in the NFL, Ray's seasons in 2013 and 2014 were largely disappointing. By 2018, Rice had officially announced that his NFL career was over.

NFL Earnings: After the 2011 season, Rice was coming off his best year yet: 2,068 total yards from scrimmage to go along with 15 touchdowns. The Ravens promptly rewarded his talents with a 5-year, $40-million contract. But it didn't end there. Ray's contract was frontloaded, with $17 million arriving in the first year alone – of which $15 million was paid as a signing bonus. After signing this contract in 2012, Rice was set to earn $8 million per year. 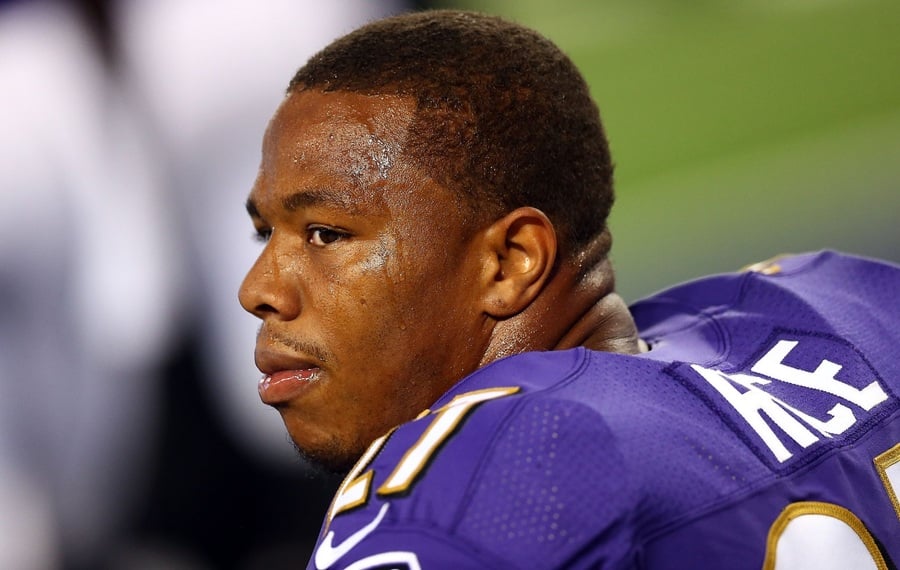 Legal Issues: In 2014, video footage surfaced that showed Ray Rice dragging his then-fiancee Janay Palmer out of an elevator while she was unconscious. It was later revealed that she had been knocked out after a blow to the head from Rice. Both Rice and Palmer were arrested in Atlantic City for assault after the incident. Immediately, the Ravens issued a statement condemning Rice's actions. Later in 2014, Rice was indicted for third-degree aggravated assault. Although he faced prison time and fines, charges were dropped after Rice agreed to undergo counseling. Palmer and Rice later married.

The criminal charges had a significant effect on Rice's football career. He was cut from the Ravens and suspended indefinitely from the NFL. Although Ray managed to get a $3.5-million payout after being released by the Ravens, his financial situation was dire after this incident.

By being cut, Ray lost out on $10 million in salary from the final three years of the deal he signed in 2011. And we haven't even talked about endorsement money yet. Nike announced it had terminated Ray's endorsement deal with Ray, making him the fourth athlete in history that Nike has booted for PR/morality clause reasons. The other athletes are Lance Armstrong, Justin Gatlin, and Michael Vick (although Vick was eventually re-signed). EA later announced that they will be releasing a roster update to Madden NFL 15 that will remove Ray from the game.

Real Estate: When Rice was first drafted by the Ravens, he purchased a $350,000 "starter home" in Pikesville. The relatively modest home features 2,100 square feet of living space, a jacuzzi, and a security system. In 2012, it was announced that Ray Rice had purchased a home for his mother after signing a new $40-million contract with the Ravens.

Not long afterward, Rice purchased a 4,736-square-foot home in Reisterstown. The property sits on an acre of land and features a swimming pool. Ray paid $850,000 for the residence in 2012, but he put it back on the market just three years later after his legal issues with a price tag of $899,000. By 2013, Ray was ready to part with his much smaller home in Pikesville, asking $319,000 for the townhome condo. After severing ties with Baltimore, it was reported that Rice had moved back to New York. 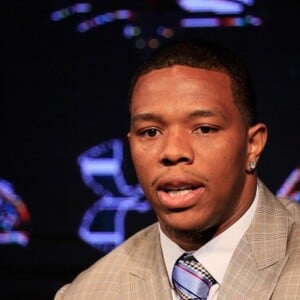