What is Mike Shanahan's Net Worth and Salary?

Mike Shanahan is a retired American football coach and former football player who has a net worth of $40 million. During his career, Shanahan had 170 career wins and is one of the winning-est NFL coaches in NFL history. As of this writing, he is the 13th winning-est coach in NFL history.

Mike Shanahan was born August 24, 1952 in Oak Park, Illinois. He played college football at Eastern Illinois, but his career took a near fatal turn when Shanahan and a friend were involved in a high-speed motorcycle crash that took his friend's life. The next year, his junior year, during spring football practice, Shanahan suffered a piercing hit to his side that split his kidney in half. For a terrifying few hours, it looked as if Shanahan might not survive the injury. A priest was summoned to read him his last rites and his heart stopped beating for over 30 seconds. Miraculously, Shanahan made a full recovery, but he would never play football again.

Always the optimist, Shanahan saw this as an opportunity to do something he had always been interested in anyway – coaching. He soon assumed the role of offensive coordinator for Eastern Illinois the moved on to the same position with the University of Minnesota and promptly set 40 offensive records during his first year there. He subsequently moved on to the University of Florida (1980-84).

His next leap was from college to pro football and he joined the Denver Broncos as the wide receivers coach and was promoted the following year to offensive coordinator, where he ultimately led them to the Super Bowl twice (1986 and 1987), both years without a win.

After a one-year hiatus, he went on to the Washington Redskins. Shanahan was fired in December of 2013 as coach of the Washington Redskins following a drama-filled 3-13 season, his third double-digit loss in four years. Shanahan subsequently delivered a four-plus minute statement at Redskins Park, but did not make mention of any future plans. He also did not take questions from reporters. He was, however, expected to collect the full $7 million owed to him by the Redskins for the next season. Mike was officially fired by Redskins coach Dan Snyder in December 2013. 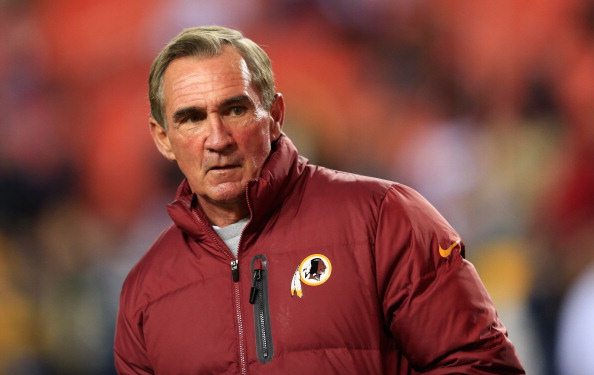 In 2010 Mike Shanahan signed a 5 year contract worth $35 million. His annual salary peaked at $7 million.

Mike and his wife Peggy have two children, a son named Kyle and a daughter named Krystal. Kyle Shanahan is also a football coach. In 2017, Kyle became the head coach of the San Francisco 49ers.

In 2008 Mike and Peggy paid $4 million for an undeveloped plot of land in the Denver suburb of Cherry Hills Village. They proceeded to build a 30,000 square foot mansion. Construction costs reportedly topped $20 million.

In 2016 they placed this home on the market for $22 million. In October 2021 they finally accepted $15.725 million which set the record for most-expensive single-family home sold in the metro-Denver area. Here are two video tours of the property from when it was first listed in 2016: 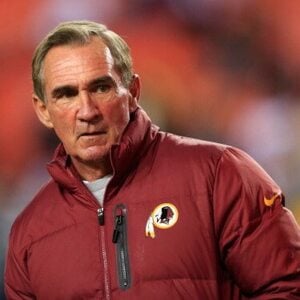