Which NFL Teams Are The Most Valuable?

The Dallas Cowboys have one of the most iconic logos in all of professional sports. When you see that giant blue star, whether it's on a hat, shirt, or smack dab in the middle of the field at AT&T Stadium, you instantly recognize it.

Jerry Jones paid $140 million to buy the Cowboys back in 1989. Accounting for inflation, his return on investment is about 17 times what he put down. Not a bad deal! 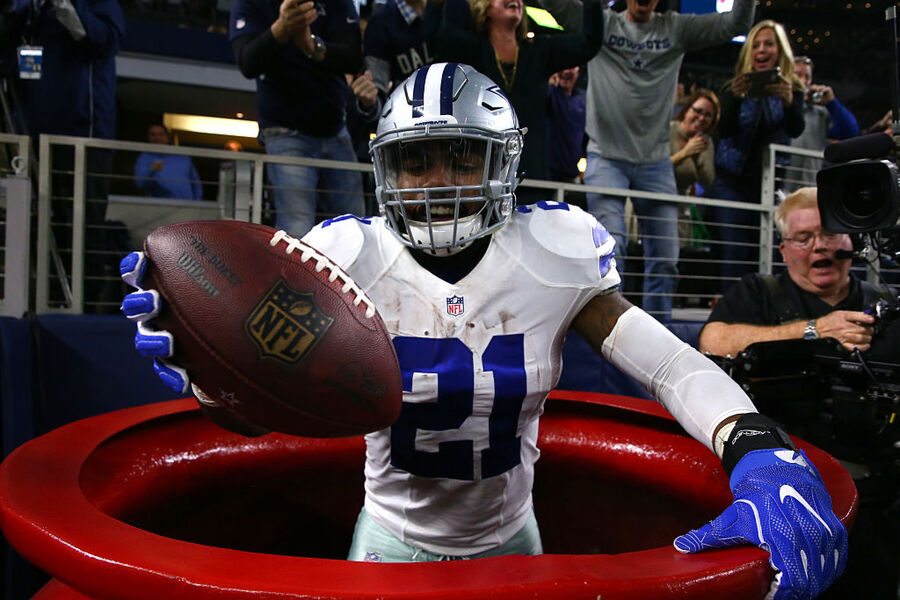 The New England Patriots and New York Giants are the next most valuable teams, at $3.7 billion and $3.3 billion, respectively. The Washington Redskins ($3.1 billion) and San Francisco 49ers ($3.05 billion) round out the top five, proving that you don't need a successful product on the field to have a lucrative franchise.

In fact, simply owning an NFL franchise is a huge boost to an owner's net worth – the average franchise is valued at $2.52 billion. That's about a 129 percent increase from the average franchise value just ten years ago. Every NFL team received $244 million in national revenue last year, largely thanks to television deals. And 29 teams will make $55 million apiece from the relocation fees of the Raiders to Las Vegas and the Rams and Chargers to Los Angeles.

Fresh off a trip to the Super Bowl, increased sponsorship's, and a brand new stadium unveiling, the Atlanta Falcons are now worth $2.475 billion. Their value increased by 16 percent. The New York Jets had the smallest increase, with their $2.75 billion valuation the same as last year.

Additional research on how players are impacted may end up hurting the sport's popularity, but for now, football is still going strong.