What is Carmelo Anthony's net worth and salary?

Carmelo Anthony is a Brooklyn-born professional basketball player who has a net worth of $160 million dollars. He is perhaps most famous for being a player for the New York Knicks. Anthony has been named an NBA All-Star ten times and an All-NBA Team member six times.

Carmelo Anthony was born on May 29, 1984 in Red Hook, New York. His mother, Mary Anthony, died of cancer when Anthony was just two years old. His father moved the family to Baltimore when Anthony was eight where they lived in one of the roughest parts of town. Sports served as a crucial distraction from the violence and drug dealing that were prevalent in the house projects they lived near. Anthony commuted to Townson Catholic School for high school. In the summer of 1999, Anthony suddenly grew five inches and reached 6'5. He became one of the top players and made a name for himself in the area, even being named The Baltimore Sun's metro player of the year. He attended Syracuse University for one year, from 2002-2003 before deciding to turn pro and enter the NBA draft. While playing for the Syracuse Orange in college, he won a national championship as a freshman in 2003 and was named the NCAA Tournament's Most Outstanding Player.

Carmelo was chosen as the third pick of the first round of the 2003 NBA draft by the Denver Nuggets. He was chosen after LeBron James (#1) and Darko Miličić (#2). During his first nine years in the NBA, Carmelo Anthony earned just over $94 million in salary alone. Anthony spent his first seven seasons on the Denver Nuggets who drafted him after spending one season playing for Syracuse. While playing for Denver, Carmelo led the Nuggets to the playoffs every year from 2004-2010, and the team won two division titles. Anthony played for the Nuggets from 2003 to 2011 and then for the New York Knicks from 2011 to 2017 before joining the Oklahoma City Thunder in 2017. In 2014, Anthony scored a career-high of 62 points, setting a Knicks' single-game record.

In August 2018, Anthony signed a one-year, $2.4 million dollar contract with the Houston Rockets. He was held out of the last three games of the season for an undisclosed illness. The Rockets traded Anthony in 2019. Carmelo played for the Atlanta Hawks and Chicago Bulls during the 2018-2019 season, earning $2.4 million. He moved to the Portland Trail Blazers for the 2019-2020 season where he earned $2.1 million. He was signed to a one-year, on a guaranteed deal on November 19, 2019. In January 2020, Anthony's contract became fully guaranteed. Anthony scored a season-high 32 points on February 23 against the Detroit Pistons on February 23, 2020. 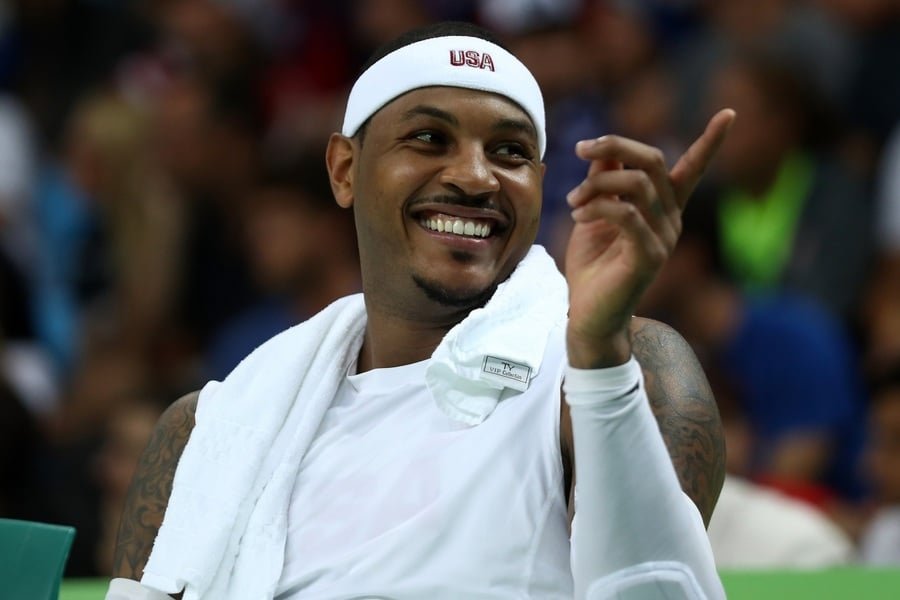 Carmelo Anthony's annual salary peaked at $26 million in the 2017-2018 season. He earns an additional $9 million a year from endorsements. His contract with the New York Knicks was worth $80 million over 5 years. Between June 2017 and June 2018, Carmelo Anthony earned $33 million from salary and endorsements. As of 2020, Carmelo earned $260 million from his NBA salary alone. That salary is broken down as such:

Carmelo married MTV personality La La Vasquez in July 2010. They had been engaged since 2004. Their son, Kiyan Carmelo Anthony, was born in March 2007. In 2017 it was reported that La La moved out and the couple became separated. During this time of an "on-again, off-again" relationship with La La, Anthony fathered a child (Genesis Harlo) with Mia Burks. Carmelo admitted to fathering Genesis and accepted responsibility and contributes financially, but has refrained from posting or speaking publicly about her.

In April 2008, Anthony was arrested on suspicion of driving under the influence. He was ticketed and released, but the Nuggets suspended him for two games.

In June 2021, La La filed for divorce from Carmelo.

Anthony has made substantial charitable donations including $1.5 million to the Living Classrooms Foundation in 2006 and $3 million to Syracuse University for a basketball practice facility. While he was in Denver, Anthony was a spokesman for the Family Resource Center and helped organize charitable Christmas Parties for underprivileged children. In 2004, Anthony donated $35,000 to the relief efforts following the 2004 Indian Ocean earthquake. He also committed $3 million toward the construction of a newly planned basketball practice facility at Syracuse University, and the practice facility will be named after him. Anthony was number eight on "The Giving Back 30 List of Largest Charitable Donations by Celebrities in 2006" list for contributions totaling $4,282,000.

In 2007, while playing for the Denver Nuggets and the real estate market was peaking, Carmelo paid $12 million for a 21,000 square-foot mansion in Denver that sat on nearly 6-acres. He listed this home for sale in 2010, after the bubble burst, for $9.5 million. He ultimately accepted $6.2 million for the home, a loss of $nearly $6 million. In 2015, Carmelo paid $11 million for a brand new five-bedroom condo in New York City. He listed this property for sale in February 2020 for $12.85 million.

In 2015, Carmelo founded the North American Soccer League expansion team, Puerto Rico FC. In 2018, Carmelo led a $5 million investment round in Nobodys Pizza, with a plan to roll the chain out to 20-30 locations around the country. 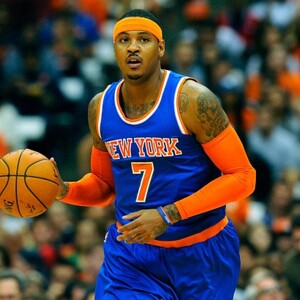