Sports fans love their favorite teams. To them, it is impossible to put a value on their favorite team because they think it is invaluable. However, to the owner who invested millions, negotiates deals, and signs the paychecks, the value is very real and very important. How else is he going to know what to ask for when it comes time to sell?

Teams in the NFL are valued on average at $1.43 billion. In the NBA, with deals like the one for the Clippers last year, the average value is up to $1.1 billion. There are now 15 MLB teams valued at over $1 billion; league average sits at $1.2 billion.

Hockey is not as highly regarded in the United States as the NFL, MLB, or NBA and it shows in the valuation of the teams. The average valuation is at an all-time high for the NHL, but still pales in comparison to the other major North American sports at $490 million.

There are three teams that are currently valued at more than $1 billion. Two are in Canada (Toronto Maple Leafs are No. 1 at $1.3 billion; Montreal Canadiens are No. 3 at $1 billion). The New York Rangers come in at $1.1 billion (No. 2). There is a good chance that another American team could join the $1 billion club—the Chicago Blackhawks.

The Blackhawks recently won the Stanley Cup for the third time in six seasons. The post season success that the team has enjoyed has allowed the team to raise ticket prices by 79 percent since 2009. Prices were raised eight percent prior to the start of last season and after winning another Stanley Cup they will be going up again next season. 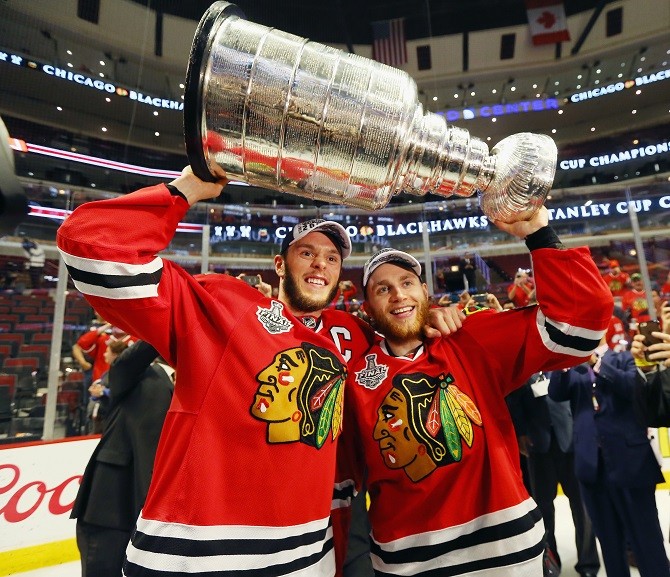 With the success the team has had, the sellout streak that started back in 2008 will likely continue.

All sorts of factors go into figuring out a team's value. Success is an important factor of course, but not the only one. Just look at the New York Knicks. The Knicks have had losing records in eight of the last 11 seasons and are worth $2.5 billion. There is the size of the market, operating income, television contracts, and so much more.

Last season the Blackhawks had the fourth highest television ratings. During the 2013-14, season an operating income of $50.2 million was reported. When the team won the Stanley Cup back in 2010 it was worth $258 million. It currently sits at $825 million.

When the television contracts are renewed in a couple of years to match ratings and market – which is huge considering the team's run of postseason success – the valuation should climb upward and into the $1 billion range.