The Most Valuable Sports Teams In The World 2015

Out of the top 50 most valuable sports teams in the world, the average net worth is $1.75 billion. That is is up 31% from last year. In fact, 62 franchises in the world are worth at least $1 billion. And thanks to things like daily fantasy leagues, new streaming services, and a product that is still generally consumed live (so advertisers must shell out the big bucks), pro sports aren't slowing down anytime soon.

The names at the top aren't really much of a surprise; after all, they're teams rich with history, who have a number of easily recognizable athletes donning their uniforms. But who gets to claim the coveted top spot? Which franchise is the most valuable in the entire world?

Despite having two pitchers that were in the running for the Cy Young–Zack Greinke and Clayton Kershaw–the Dodgers once again underachieved in the postseason, losing in the divisional round. However, the Dodgers routinely have the biggest crowds in the league, and since Guggenheim Baseball Group purchased the team in 2012, revenue has continued to increase, reaching nearly half a billion dollars. The team isn't afraid to spend either, which puts people in the seats, even if it hasn't resulted in a championship yet.

The Knicks have been a laughingstock in the league over the past decade and a half, but the allure of Madison Square Garden is too much for fans to ignore. It shows, too, with $278 million in revenue. Spike Lee can still be found jawing with opposing superstars, and thanks to this year's first-round draft pick Kristaps Porzingis (who was booed by Knicks fans on draft night, naturally), the team is actually seeing some good success on the court.

Last year's Super Bowl champs will be looking to repeat, but even if they don't all eyes are on Tom Brady, Bill Belichick and company as we move towards Super Bowl L. The off-season Deflategate controversy may have been one of the stupidest sports moments in recent history, but all it did was put more eyes on the Patriots this off-season, and inspired the team to come out swinging in 2015. The Pats won their first 10 games and, assuming they can get healthy, look primed to make another run this postseason.

The first NBA team on the list, the Lakers are no stranger to celebrity. Jack Nicholson and a host of Hollywood's finest are often seen courtside, while the franchise's past success continues to lure people willing to pay big bucks for pristine seats. Granted, since the team won its most recent title in 2010, the franchise has only gone downhill, but it hasn't resulted in a decline in value. Current face of the franchise, Kobe Bryant, just announced his retirement, which means even more attention will be on Los Angeles this year, even if the team can't crack 20 wins. 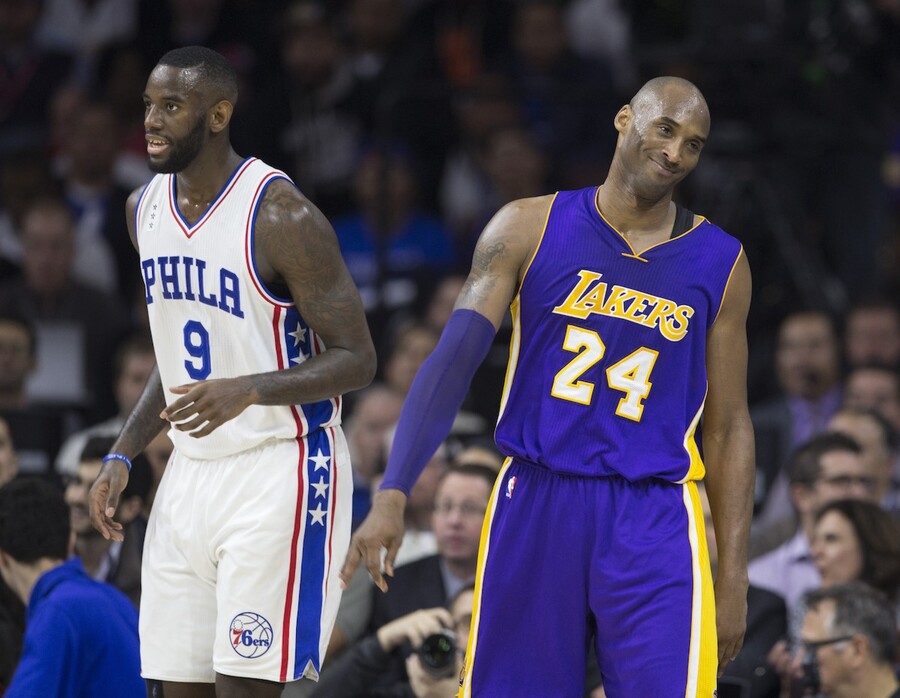 City Football Group, who oversees a number of football clubs, including Manchester City, recently announced an agreement with China Media Capital Holdings, the nation's biggest media, entertainment, sports and internet investment and operating company. As soccer continues to grow in China, this partnership will benefit both sides. CMC Holdings and CITIC Capital will invest $400 million in the club, taking a shareholding of just over 13%. This investment caused Man City to jump 23 spots in this list, all the way up to the number sixth most valuable sports franchise.

The most valuable team from the Premier League, Manchester United, earned about $782 million in revenue last year. And since August 2012, the company has been offered as an available purchase on the New York Stock Exchange. Man U has won 20 First Division and Premier League titles, most recently in 2013.

Real Madrid's biggest rival, FC Barcelona is doing just fine for themselves. Leo Messi is the yin to Ronaldo's yang, and the two have had a healthy rivalry over the past decade. And Barca is the first club in European history to win the continental treble – that's La Liga, Copa del Rey, and the UEFA Champions League – twice, once in 2009 and again in 2015.

The Yankees ended a two-year playoff drought this season, though they lost in the one-game Wild Card playoff against the Houston Astros. But for all but one year since it began in 2002, the Yankees' YES network has been the most-watched regional sports network. That savvy business decision to invest in television so many years ago has paid off for the Bronx Bombers, who retain 20% of the network's profits. This past year, the team made $676 million in revenue, though that was before having to give up about $168 million in revenue-sharing and bond payments to help pay off their stadium. 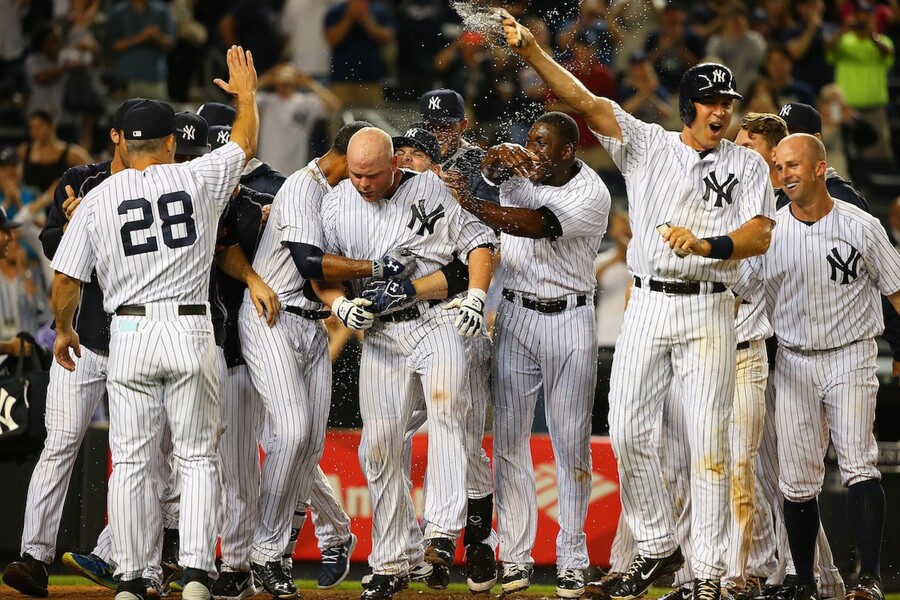 America's team has been the most valuable football franchise in the past eight years, and its massive AT&T Stadium is a big reason why. The giant video screen and overall club feel brings in sellout crowds, season after season. Though the Cowboys have had a lost season this year with quarterback Tony Romo missing more than three-quarters of the team's games, they have an operating income of $246 million. That's 31% higher than any other NFL team. And with a whopping 25-year, $500 million contract from AT&T to nab naming rights through the next few decades, Dallas isn't slowing down anytime soon. But hey, would you expect Jerry Jones to stay away from the limelight?

For the third straight year, Real Madrid ranks first as the most valuable sports team. With the ever photogenic Cristiano Ronaldo leading the charge, Real Madrid is one of the most supported clubs in the world. Though a record-breaking 22-match winning streak helped erase a slow start this season, Real Madrid failed to defend their Champions League title, the Copa del Rey, or win their league. On top of that, their manager Carlo Ancelotti was fired. But that hasn't stopped the club from raking in about $746 million in revenue this year. 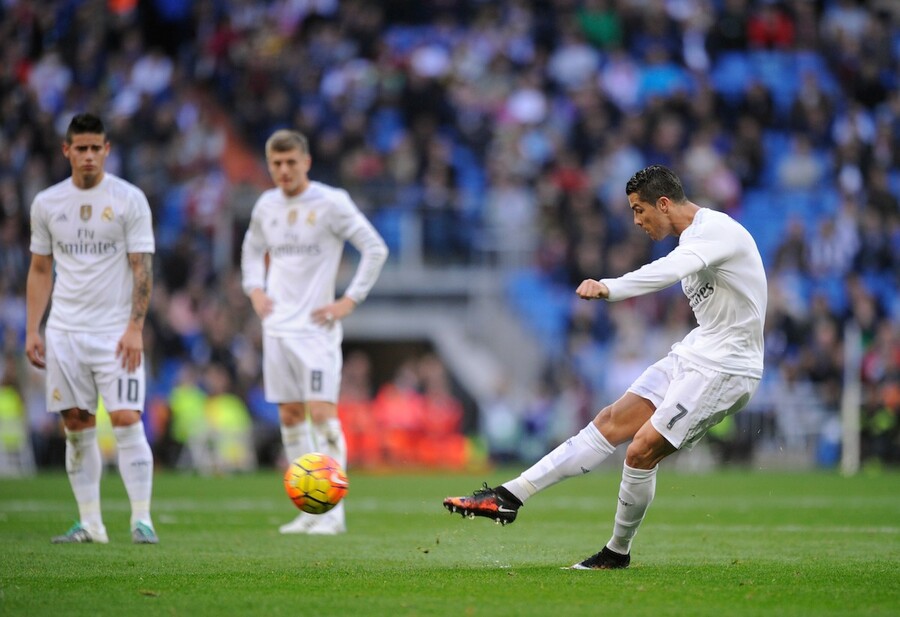 Here are the other teams worth at least $2 billion: