Early Life: Danny Aiello was born in New York City, New York in June 1933. He enlisted in the U.S. Army at 16 years old after lying about his age. He worked as a union representative for Greyhound Bus workers and was also a night club bouncer at New York city comedy club The Improv.

His debut film roles came in the movies Bang the Drum Slowly and The Godmothers in 1973. In 1974 Aiello starred as Tony Rosato in The Godfather: Part II. His television debut came in the TV series Kojak in 1976. From 1985 to 1986 Aiello starred as Lt. Terry McNichols in the TV series Lady Blue. He starred in the 1997 TV Mini-series The Last Don and in the TV series Dellaventura from 1997 to 1998. He also starred in the films Bloodbrothers, Hide in Plain Sight, Defiance, Fort Apache the Bronx, Once Upon a Time in America, The Pick-up Artist, Moonstruck, Man on Fire, Harlem Nights, Jacob's Ladder, The Godfather Trilogy: 1901-1980, Ruby, Mistress, The Cemetery Club, City Hall, A Brooklyn State of Mind, Dinner Rush, Lucky Number Slevin, Reach Me, Ruby, Hudson Hawk, The Purple Rose of Cairo, Moonstruck, Leon: The Professional, Once Around, Dinner Rush, and Two Days in the Valley.

Danny won a Daytime Emmy Award in 1981. For his role in the film Do the Right Thing he was nominated for an Academy Award and a Golden Globe in 1990. 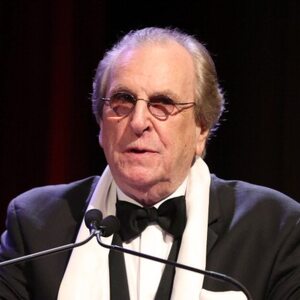