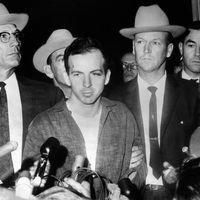 What was Lee Harvey Oswald's Net Worth?

Oswald was born in New Orleans, Louisiana on October 18, 1939 to parents Robert Edward Lee Oswald Sr. and Marguerite Frances Claverie, though his father died of a heart attack two months before he was born. His mother then moved the family to Dallas, Texas where Oswald began the first grade in 1945. Oswald often switched schools and was described as withdrawn and temperamental as a child. At one point, his mother took him to live briefly in New York, where he attended seventh grade. His frequent truancy led to him being assessed by a psychiatrist at a juvenile reformatory, who diagnosed Oswald with personality disturbance with schizoid features and attributed many of Oswald's problems to the lack of affection he received from his mother.

Oswald never completed high school, though he had attended 12 different schools by the time he decided to drop out at age 17 to enlist in the Marines.

Oswald enlisted in the Marines in October of 1956, a week after his seventeenth birthday. He completed training and was assigned to Marine Air Control Squadron 1 at the Naval Air Facility Atsugi near Tokyo, Japan. His time in the Marines was also turbulent, as he got into trouble a number of times. He fought with a sergeant at one point, which led to his demotion from private first class to private and a brief term of imprisonment.

While in the Marines, Oswald taught himself basic Russian. In 1959, he received a hardship discharge from the Marines, claiming that he needed to go home to take care of his mother. He was then placed in the United States Marine Corps Reserve. Shortly thereafter, he traveled to the Soviet Union. Upon arrival, he expressed his desire to become a Soviet citizen and claimed that he was a communist. He was met with resistance by the Soviet officers and his initial application for citizenship was denied. In order to remain in Russia longer, he purposely injured himself, which landed him in a Soviet hospital for an additional week. He then appeared before the United States embassy in Moscow to declare that he wanted to denounce his U.S. citizenship which led to a change in his discharge status to undesirable.

Oswald was allowed to remain in the Soviet Union, though he did not get to attend Moscow State University as he expected. Instead, he was sent to Minsk, Belarus to work at the Gorizont Electronics factory. He was given a subsidized apartment and his payment from the factory allowed him to live a comfortable life by Soviet standards. However, Oswald began to grow tired of his life there and in 1962 applied at the U.S. embassy to repatriate. He left for the U.S. in June of 1961.

After arriving back in the United States, Oswald worked a number of jobs but had a hard time keeping anything stable, as he often disliked the work or did not get along with his boss or coworkers.

Over the next couple of years, Oswald's life and beliefs became more chaotic and disturbing. Though he was not charged at the time, he later was found to be responsible for the attempted assassination of Edwin Walker, a retired U.S. Major General. Walker was an outspoken anti-Communist and Oswald's dislike of him was later confirmed by some of Oswald's friends and acquaintances. 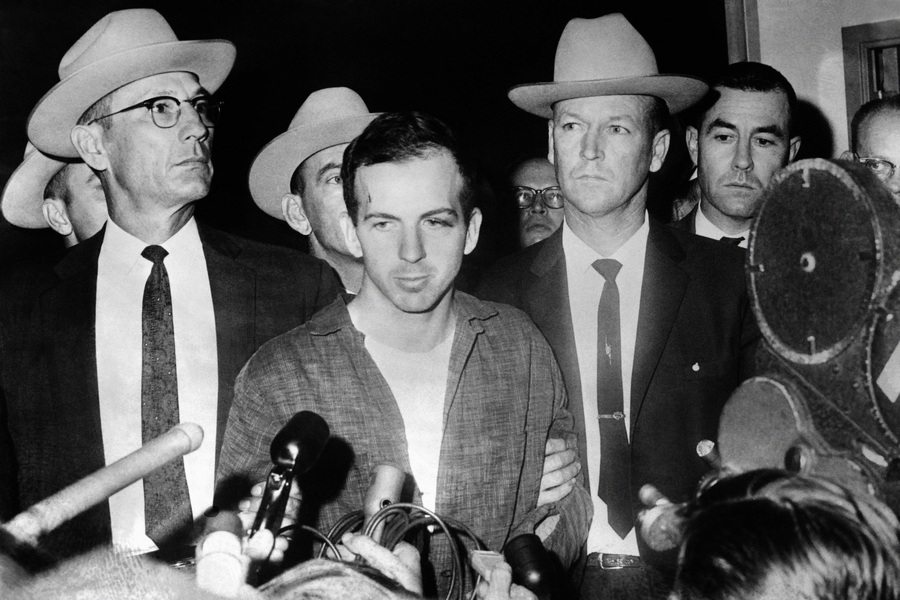 On November 22, 1963, Oswald shot and killed John F. Kennedy from the sixth floor of the Texas School Book Depository as Kennedy drove by motorcade through Dallas. He later shot and killed Dallas police officer J.D. Tippit on the street. He was the arrested for the murder of Tippit and soon after charged with the assassination of JFK. Oswald denied his involvement in the crime. Two days later, Oswald was fatally shot by local nightclub owner Jack Ruby on live television in the basement of Dallas Police Headquarters. After an investigation, the Warren Commission concluded in September of 1964 that Oswald had acted alone in his assassination of JFK.

After his death, it was challenging to find a cemetery willing to accept Oswald's remains, though the Rose Hill Cemetery in Fort Worth, Texas eventually agreed. In the late 1970s, a claim surfaced that a look-alike Russian agent had actually been buried in the place of Oswald. The body was exhumed and it was confirmed by dental records that it was in fact Oswald. The remains were buried in a new coffin because of water damage to the original. In 2010, the funeral home responsible for the original coffin held a private auction during which the coffin sold to an anonymous bidder for almost $88,000. However, Oswald's brother successfully sued the funeral home to reclaim the coffin.

The assassination of JFK still inspires many conspiracy theories today, as a large number of Americans do not fully believe the official version of events that investigators have produced.

While in Belarus, Oswald had a relationship with co-worker Ella German. The two dated throughout 1960 but their relationship fell apart when German learned Oswald was also seeing other women. When Oswald proposed in 1961, German refused. He soon after met 19 year old student, Marina Prusakova. They married after six weeks and had a child together soon afterward. The small family moved to the U.S. in mid-1961.