What is Megan Thee Stallion's Net Worth?

Megan Thee Stallion is a multiple-award-winning rapper who first rose to prominence through her freestyle rap videos on social media. Megan Thee Stallion has a net worth of $8 million. In March 2021 she won three Grammy awards: Best New Artist, Best Rap Song and Best Rap Performance.

She gained mainstream fame with the 2019 mixtape "Fever," the 2020 EP "Suga," and her debut album "Good News," all of which made it onto the Billboard 200. She first started to gain international attention thanks to her single "Hot Girl Summer".

In addition to her hit singles "Savage" and "Body," she was featured on the smash Cardi B song "WAP."

Megan Thee Stallion, whose real name is Megan Jovon Ruth Pete, was born on February 15, 1995 in San Antonio, Texas. Just after her birth, her family moved to Houston, where Pete was raised by her rapper mother Holly in the South Park neighborhood. At the age of 14, she and her mother moved to Pearland. There, Pete started writing raps of her own, and attended Pearland High School. She subsequently enrolled at Prairie View A&M University.

While in college, Pete started uploading videos of her freestyle raps on social media, particularly on Instagram. After one of her videos went viral, she began to accumulate a significant following. Pete then adopted the stage name Megan Thee Stallion, due to her being called a stallion in her adolescence on account of her height and thick body frame.

Megan Thee Stallion released her first single, "Like a Stallion," in April of 2016. The next year, she made her professional commercial debut with the EP "Make it Hot," which spawned the popular single "Last Week in HTx." In early 2018, Megan Thee Stallion signed to the independent Houston-based label 1501 Certified Entertainment as its first-ever female rapper. Following a performance at SXSW in March, she released a ten-song EP called "Tina Snow." That November, she signed to another label, 300 Entertainment. By April of 2019, Megan Thee Stallion had her first Billboard Hot 100 chart entry with the single "Is it Love This Time," which peaked at number 65. Her star continued to rise with the release of her mixtape "Fever" and the single "Hot Girl Summer," featuring Nicki Minaj and Ty Dolla Sign. "Hot Girl Summer" made it to number 11 on the Billboard Hot 100, becoming Megan Thee Stallion's first top-20 single. 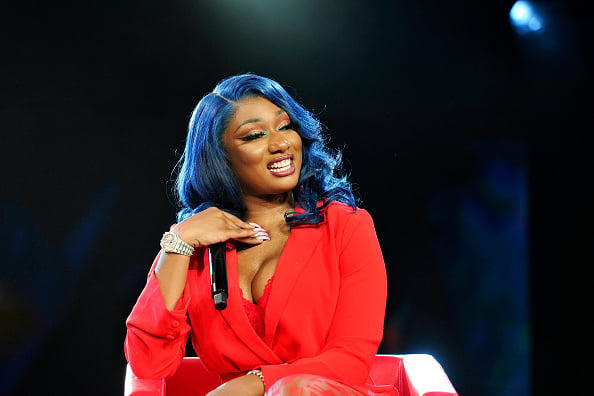 In early 2020, following the release of the single "Diamonds," Megan Thee Stallion released her EP "Suga" and its lead single "B.I.T.C.H." Another one of its singles, "Savage," quickly went viral when a popular TikTok user danced to it in one of her videos. A little later, the song became even more well-known when it was remixed with Beyoncé. "Savage" went on to top the Billboard 100, as well as boost the sales of "Suga." During the summer, Megan Thee Stallion had further massive hits with the singles "Girls in the Hood" and "WAP," the latter of which became her second chart-topping single in the US. She went on to receive eight nominations at the BET Hip Hop Awards and four nominations at the Grammy Awards, ultimately winning Best New Artist, Best Rap Song, and Best Rap Performance at the latter.

In November of 2020, Megan Thee Stallion released her debut studio album, "Good News." Featuring guest appearances by such artists as 2 Chainz, Mustard, Big Sean, Young Thug, and DaBaby, the album was a huge success, debuting at number two on the Billboard 200 and number one on the Top R&B/Hip-Hop Albums chart. Moreover, it spawned the hit singles "Don't Stop" and "Body."

Megan Thee Stallion has cultivated a stage persona characterized by confident, overt sexuality. In terms of her music, she is known for her explicit lyrics and wordplay. She cites among her musical influences Lil' Kim, Three 6 Mafia, and the Notorious B.I.G.

In July of 2020, Megan Thee Stallion announced that she had been shot multiple times by rapper Tory Lanez, and that she had undergone surgery to remove the bullets. Although Lanez denied the claims, it was later revealed that he had bribed her to keep quiet about the incident. He was subsequently charged by LA County prosecutors, and was issued a protective order requiring him to stay at least 100 yards away from Megan Thee Stallion.

Influenced by her mother, who passed away in March of 2019, Megan Thee Stallion decided to study health administration. She subsequently enrolled at Texas Southern University to resume her studies in the field.

On Instagram Live in February of 2021, Megan Thee Stallion confirmed that she was in a relationship with fellow rapper Pardison Fontaine. 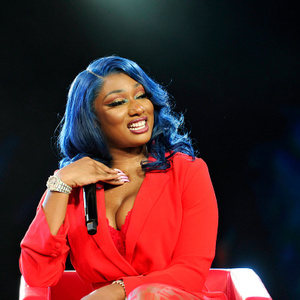