Mia Farrow Net Worth: Mia Farrow is an American actress, singer, humanitarian, and former fashion model who has a net worth of $10 million. Today, Farrow is recognized as one of the most influential people in the world. She has won a number of awards for her acting performances, including one Golden Globe. She was also nominated for three BAFTA Awards. Outside of her acting career, Mia has been closely involved with various philanthropic organizations, and she is a UNICEF Goodwill Ambassador. Her humanitarian work has taken her to nations like Darfur, Chad, and the Central African Republic.

After gaining recognition as a model during her teen years, Mia broke through with a key role in the soap opera "Peyton Place" during the mid-60s. She then appeared in various films, including Roman Polanski's "Rosemary's Baby." This role put her on the map and earned her various awards and honors. After a number of additional film roles, Farrow ventured towards stage work and became the first American in history to join the Royal Shakespeare Company.

Farrow is known for several high-profile relationships with celebrities like Frank Sinatra and Woody Allen. After beginning a relationship with Allen, Mia starred in many of his films. In the modern era, Farrow is best known for appearing in movies like "The Omen," "Be Kind Rewind," and "Dark Horse." She also booked a recurring role on the show "Third Watch" during the early 2000s.

Despite her incredible success, Mia's career has not been without controversy. Both Farrow and Mia leveled accusations at each other as their relationship went sour, with Farrow accusing Allen of sexually abusing her adopted daughter. These allegations have never been proven, and Mia herself has faced accusations of abuse.

Early Life: María de Lourdes Villiers Farrow was born on February 9th of 1945 in Los Angeles, California. Raised alongside two siblings by a film director and an actress, Farrow grew up in a strict Catholic household. By the age of two, she was already appearing in films.

After relocating to Spain while her father was directing a film, she was sent to a boarding school in England. The family then lived in London, and Farrow eventually returned to the United States at the age of 16. By the age of 17, her father had passed away, and Mia tried to support her family by working as a fashion model.

Career: Farrow began her career in the mid-60s with several television and movie roles. Her real breakthrough came with the film "Rosemary's Baby," which is considered one of the best horror movies ever made. The role helped launch Mia's career in earnest. By the 70s, she had switched her focus towards mostly theatrical roles. In the 1980s, her career was dominated by collaborations with her partner Woody Allen, and she appeared in many of his films. After leaving Allen, Mia focused more on raising her children and ventured back into stage work. From the 2000s onwards, Mia has continued to appear in various films, stage productions, and television series.

Relationships: Mia's first high-profile relationship was with Frank Sinatra. It was an interesting matchup, to say the least. Sinatra was 50 while Farrow was just 21. Farrow married Sinatra in 1966. The pair argued over Farrow's career, as Frank wanted her to quit acting. Eventually, the pair split up after Mia appeared in "Rosemary's Baby." However, the two remained friends, and Mia even stated that they continued having a sexual relationship for more than a decade after their divorce.

In 1970, Mia married Andre Previn, a composer and conductor. Once again, there was a significant age difference; Previn was 41 and Farrow was 25. As soon as Mia became pregnant, Previn divorced her. Farrow later gave birth to twin sons, and her divorce from Andre was finalized by 1979

In 1980, Farrow began a relationship with Woody Allen, the well-known film director. Over the course of their relationship, Mia starred in 13 of his films. The relationship ended when Woody Allen began a sexual relationship in 1992 with one of Farrow's adopted daughters, Soon-Yi.

Controversy: Although the Soon-Yi controversy was certainly significant, a much more shocking controversy involves child abuse allegations made against both Mia Farrow and Woody Allen. Initially, Woody Allen faced accusations of sexual abuse after he allegedly touched Dylan, the couple's adopted daughter who was seven years old at the time of the incident.

The alleged incident occurred in 1992 when Woody visited Farrow's residence while she was shopping. Two of the women hired to take care of the children claimed that Dylan's underwear was missing and that she had been missing for a lengthy period of time while Woody was visiting. Dylan herself claimed that Allen touched her in her private area.

In 1993, legal action was taken against Woody Allen. Although the evidence was insufficient to convict him for child abuse, he was stripped of his parental rights and his bid for full custody was rejected. A state attorney later claimed that he could have pursued the matter further with molestation charges against Allen, but he chose to step back after becoming concerned about how this would traumatize Dylan.

Later, Mia's other adopted child Moses Farrow publicly stated that the children had been "coached" into believing that Allen was guilty of sexually abusing Dylan. Dylan herself later came out in 2014 and stated that she had indeed been abused by Allen. Woody then repeatedly denied the allegations against him, and he was supported by Moses and Soon-Yi.

Mia herself has been accused of physically and emotionally abusing her children, most notably by Moses and Soon-Yi. Soon-Yi claimed that she was prone to "rages" that terrified the children. She also stated that Mia was violent towards her. Moses stated that he personally witnessed his siblings (some of which were disabled) being dragged down flights of stairs and thrown into closets. Moses also claims that Mia "brainwashed" him. 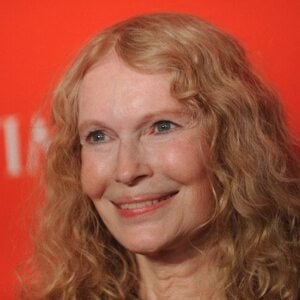