Ray Charles net worth: Ray Charles is a legendary singer, recording and philanthropist. He is one of the most revered musicians of the 20th century. He had a net worth of $75 million at the time of his death. Ray Charles came from incredibly humble and impoverished beginnings before he found huge success in the music industry.

Estate Legal Battle: Ray was survived by 12 children from 10 different women. According to the terms of his will, each child was gifted $500,000. That's $6 million. He also apparently hinted to them in person that they would receive more money down the line. The children interpreted this to mean they would benefit from his future royalties and intellectual property.

The majority of his remaining assets were gifted to the Ray Charles Foundation – a charity that supports children with hearing and vision impairments. At its peak in roughly 2011, the foundation had $60 million in assets and generated around $5 million from investment income. Today the Ray Charles Foundation generates around $3 million a year in revenue and has $41 million in assets.

Ray's children would later sue for the rights to their father's song rights and master recordings. They argued that the master recordings  and other IP assets would be worth $25 million to $50 million. The foundation counter-sued, claiming the lawsuit breached the agreements made in their trust funds. That lawsuit dragged on until 2015 when a California court sided with the foundation.

Early Life: Ray Charles Robinson was born on September 23, 1930 in Albany, Georgia. He started to show curiosity in music at the age of three at Pitman's Red Wing Cafe where he'd watch Pitman play on an old upright piano. Pitman subsequently taught Charles how to play. Ray's younger brother George tragically died in a drowning accident at the age of four. Charles began to lose his sight at the age of five. Due to glaucoma, Charles was completely blind before his 8th birthday. His mother, Aretha, used her connections in the local community to find a school that would accept a blind Black pupil. He was enrolled at the Florida School for the Deaf and the Blind in St. Augustine from 1937-1945 where he honed his musical talent, learning to read braille music and play classical piano. When he was 14, his mother passed away. Still feeling the weight of both her and his brother's untimley death, Ray, distraught, left school and moved to Jacksonville, Florida to live with Charles Wayne Powell, a family friend.

Early Career: In Jacksonville, Charles began playing piano for bands at the Ritz Theatre in LaVilla, earning $4 per night. He began building a reputation as a talented musician in the area, but the jobs didn't come fast enough for him to build a fanbase. At age 16, he moved to Orlando where he lived in poverty and would often go days without eating. In 1947, he moved on to Tampa and got a job as a pianist for Charles Brantley's Honey Dippers. He was eager to have his own band, and after his first four recordings–"Wondering and Wondering", "Walking and Talking", "Why Did You Go?" and "I Found My Baby There"–he decided to leave Florida for Seattle. He formed a band called the McSon Trio and they recorded "Confession Blues" in April 1949–it would go on to be his first national hit. He also arranged songs for other artists including Cole Porter and Dizzy Gillespie. After he gained success with his first two singles, Charles hit the road for Los Angeles in 1950 and spent the next few years touring with Lowell Fulson as his musical director. After he signed with Swing Time Records, Ray recorded two more hits: "Baby Let Me Hold Your Hand" in 1951 and "Kiss Me Baby" in 1952, which reached No. 5 and No. 8, respectively.

Success: It was in 1953 that he scored his first big hit single after signing with Atlantic Records. "Mess Around" was not only popular in its day, but remains one of Charles' most popular songs. From there, Charles continued to get bigger and bigger, eventually being one of the first artists to have real crossover success in pop music. In 1954, Charles recorded "I've Got a Woman", another notable hit that reached No. 2 on the R&B chart. The next year, he had major hits with "This Little Girl of Mine" and "Fool for You." By 1958 he was headlining places like the Apollo Theater and Carnegie Hall in New York. In 1959, another would-be iconic Ray hit, "What'd I Say", reached No. 1 on the Billboard R&B Chart. The song, which combined gospel, jazz, blues, and Latin music, was the pinnacle of his success at Atlantic and became his first top ten pop record. Later that year, he released his first country song and three more albums for the label. 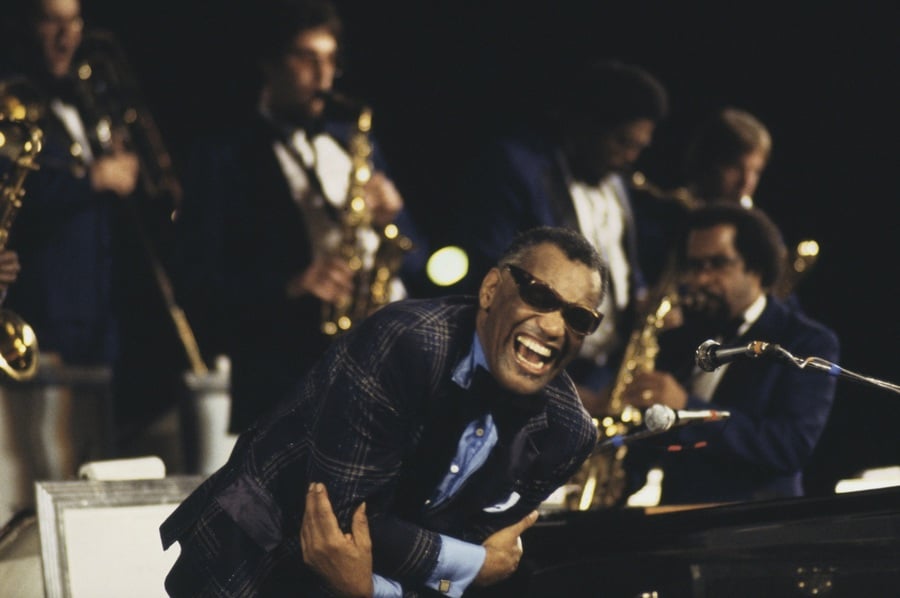 Ray's contract expired in 1959 and several big labels came calling. He signed with ABC-Paramount in November 1959 and they offered him a $50,000 annual advance and higher royalties than ever he got at Atlantic. His first hit single with ABC-Paramount came in 1960 with "Georgia on My Mind." He received worldwide acclaim and four Grammy awards for the song. He earned another Grammy with his follow up, "Hit the Road Jack", which was written by Percy Mayfield. In the early '60s, Charles faced a near-death experience when the pilot of his plane traveling from Louisiana to Oklahoma City lost visibility in the snow. The plane ended up landing safely and without incident. In 1964, Ray's career came to a halt after he was arrested for heroin, marking his third offense. He went to rehab and spent a year on parole and reappeared on the charts in 1966.

Charles' recurrence of chart success was short lived, and by the '70s his music was seeing little to no radio play. The rise of psychedelic rock at the time and harder forms of rock and R&B had reduced Ray's radio appeal. He left ABC in 1974 and recorded several albums on his own label, Crossover Records. In 1979, "Georgia on my Mind" was proclaimed the state song of Georgia. In 1983, he signed a contract with Columbia Records and recorded a string of country albums and had hit singles in various duets with country artists, as well as Willie Nelson.

Ray headlined the White House Correspondents Dinner in Washington DC in 2003. His final public appearance was on April 30, 2004, at the dedication of his music studio as a historic landmark in Los Angeles.

His star didn't stop rising at just music, though, eventually going on to host Saturday Night Live and appear in The Blues Brothers. While his personal life, as shown in the Oscar-winning biopic Ray, was not free of tumult, it's his music that will be most remembered as the years go on.

Personal Life:  Charles was married twice, first to Eileen Williams from 1951-1952. His second wife was Della Beatrice Howard Robinson. They married in 1955 and they had three sons together. Due to his ongoing heroin addiction and infidelity on tours, his marriage deteriorated and they divorced in 1977. Charles fathered a total of 12 children with ten different women, many of which were the result of extramarital affairs. His partner at the time of his death was Norma Pinella. Ray died at his home in Beverly Hills, California as a result of liver failure on June 10, 2004, at the age of 73. His funeral was attended by numerous big names in the music industry and musical tributes were played by B.B. King and Stevie Wonder. 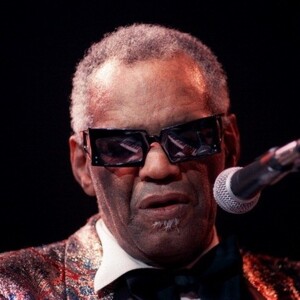