What is Mira Sorvino's Net Worth?

Mira Sorvino is an American actress who has a net worth of $16 million. Mira Sorvino is best known for her Academy Award-winning role as a peppy prostitute in Woody Allen's 1995 comedy film "Mighty Aphrodite." She has also starred in such films as "Romy and Michele's High School Reunion," "Mimic," "Lulu on the Bridge," and "Summer of Sam," among others. On television, Sorvino earned acclaim for her performances in the made-for-TV movie "Norma Jean & Marilyn" and the miniseries "Human Trafficking."

Mira Sorvino was born on September 28, 1967 in New York City to Paul Sorvino, an actor and director, and Lorraine, a drama therapist for patients with Alzheimer's. She has two siblings, Amanda and Michael, and is of Italian ancestry on her father's side. As a youth, Sorvino was raised in Tenafly, New Jersey, where she both wrote and acted in backyard plays with her childhood friend Hope Davis. She also acted in theatrical productions at Dwight-Englewood School, where she excelled academically. Sorvino went on to enroll at Harvard University, and studied for one year as an exchange student in Beijing, China; as a result, she became fluent in Mandarin Chinese. In 1989, Sorvino graduated from Harvard magna cum laude with a degree in East Asian studies.

Sorvino had her first significant screen role in 1992, when she appeared in six episodes of the teen drama television series "Swans Crossing." The next year, she landed a role in the film "Amongst Friends," leading to many other roles throughout the decade.

Following roles in Robert Redford's "Quiz Show" and Whit Stillman's "Barcelona," Sorvino had her breakthrough year in 1995. In addition to appearing in "Sweet Nothing" and "Blue in the Face," she had a memorable supporting role in Woody Allen's comedy "Mighty Aphrodite." For her performance as bubbly prostitute Linda Ash, Sorvino won both the Golden Globe and the Academy Award for Best Supporting Actress. She was subsequently in the romantic dramedy "Beautiful Girls" and the drama "Tarantella." Sorvino had another big year in 1997, when she starred opposite Lisa Kudrow in the comedy "Romy and Michele's High School Reunion" and opposite Jeremy Northam and Josh Brolin in the science-fiction horror film "Mimic." Subsequent leading roles came in "The Replacement Killers," "Lulu on the Bridge," "Too Tired to Die," "At First Sight," and Spike Lee's "Summer of Sam."

In the early 2000s, Sorvino starred in such films as "The Grey Zone," "Triumph of Love," "WiseGirls," "Between Strangers," and "The Final Cut." Later in the decade, she was in "Reservation Road," "Like Dandelion Dust," and "Attack on Leningrad." In 2010, Sorvino had starring roles in the drama "Multiple Sarcasms" and the horror film "The Presence." She was subsequently in "Angels Crest," "Union Square," "The Trouble with Cali," "Smitty," "Trade of Innocents," "Space Warriors," "Perfect Sisters," "Quitters," "Do You Believe?," and "Chloe and Theo."

Sorvino has continued to be prolific on the big screen. Among her additional notable credits are the thriller "Exposed"; the crime drama "The Red Maple Leaf"; the survival drama "6 Below: Miracle on the Mountain"; the psychological horror film "Look Away"; the Netflix thriller "Beneath the Leaves"; the drama "Butter"; and the dramedy "Most Guys Are Losers." In 2021, Sorvino appeared in six films, including "Hero Mode," "Crime Story," "After We Fell," and "Sound of Freedom." 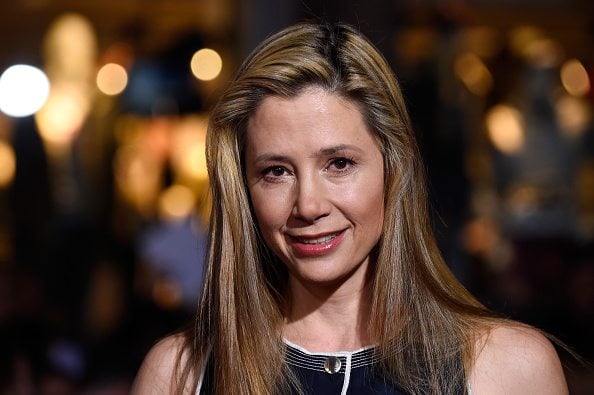 After appearing in the television movie "Parallel Lives" and in the BBC miniseries "The Buccaneers," Sorvino gave one of her most acclaimed performances in the 1996 HBO television film "Norma Jean & Marilyn." For her performance as Marilyn Monroe, she received an Emmy Award nomination for Outstanding Lead Actress in a Limited Series or Movie. Later, in 2000, Sorvino played Daisy Buchanan in a television film adaptation of "The Great Gatsby." She went on to appear in an episode of "Will & Grace" in 2003, and then in the miniseries "Human Trafficking" in 2005. In the latter program, Sorvino played Immigration and Customs Enforcement Agent Kate Morozov opposite Donald Sutherland's Agent Bill Meehan. Both actors received Golden Globe nominations for their performances.

In the late 00s, Sorvino was in an episode of "House" and in the television film "The Last Templar." Later, in 2014, she had a recurring role on the detective series "Psych," began another recurring role in seasons four and five of the post-apocalyptic science-fiction series "Falling Skies," and had a main role on the short-lived drama series "Intruders." Sorvino has had many other notable parts in the subsequent years, including recurring roles on "Stalker," "Lady Dynamite," "Condor," "StartUp," "Modern Family," and "Hollywood." Her other credits include the series "Impeachment: American Crime Story" and "Shining Vale."

From 1996 to 1998, Sorvino was dating filmmaking Quentin Tarantino. Later, in 2003, she started dating actor Christopher Backus, who she then married in 2004. Together, the couple has four children, including two daughters and two sons. The family resides in Los Angeles, California.

As a political advocate, Sorvino has been involved with Amnesty International since 2004. In 2006, she was given the group's Artist of Conscience Award for her philanthropic endeavors. Additionally, Sorvino was a UN Goodwill Ambassador to Combat Human Trafficking from 2009 to 2012, and lobbied Congress to abolish human trafficking in Darfur, Sudan.

In 2017, Sorvino was one of many women to publicly speak out against the sexual harassment perpetrated by producer Harvey Weinstein. 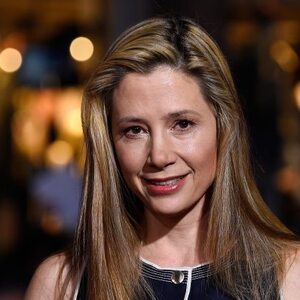