What is Clive Owen's Net Worth?

Clive Owen is an English actor who has a net worth of $30 million. Clive Owen first rose to fame in the UK with his lead role on the television crime drama "Chancer" in the early 90s. He went on to receive acclaim for his performances in films such as "Close My Eyes," "Croupier," "Closer," and "Children of Men." Among Owen's other credits are the television film "Hemingway & Gellhorn" and the television series "The Knick" and "American Crime Story."

Clive Owen was born on October 3, 1964 in Coventry, England, the fourth of five sons of Jess, a country western singer, and Pamela. When Owen was three years old, his father left the family; subsequently, he was raised by his mother and his stepfather, a railway ticket clerk. As a young adult, Owen went to the Royal Academy of Dramatic Art. Following his graduation, he worked at the Young Vic, where he acted in a number of Shakespeare plays.

In 1987, Owen made his television acting debut in an episode of the police procedural series "Rockliffe's Babies." The next year, he appeared in an episode of "Boon," and was in the Channel 4 television film "Vroom." Owen followed this with a starring role in the 1989 BBC adaptation of the novel "Precious Bane." In 1990, he had his breakthrough role on the ITV crime series "Chancer," playing the main role of conman Stephen Crane. The same year, Owen starred in the television movie "Lorna Doone."

Owen made his feature film debut in the 1991 film "Close My Eyes," directed by Stephen Poliakoff. He reunited with Poliakoff in 1993 for the film "Century." A few years later, Owen had his first role in a major Hollywood film, starring opposite Halle Berry in the thriller "The Rich Man's Wife." After starring in the big-screen adaptation of the acclaimed play "Bent" the next year, Owen gained international acclaim for his performance in the 1998 neo-noir "Croupier." In the film, he plays Jack Manfred, a struggling writer who gets ensnared in a robbery scheme at a London casino. Following this, Owen starred in the comedy "Greenfingers," and had supporting roles in Robert Altman's "Gosford Park" and Doug Liman's action thriller "The Bourne Identity."

In 2003, Owen starred in the crime film "I'll Sleep When I'm Dead" and the romantic drama "Beyond Borders." The next year was a big one for the actor; not only did he star as the titular king in "King Arthur," he also earned rave reviews for his performance in the film adaptation of the play "Closer." For his work, he earned an Academy Award nomination for Best Supporting Actor. Owen subsequently appeared in many other high-profile films, including the crime thriller "Derailed," Spike Lee's "Inside Man," the dystopian science-fiction thriller "Children of Men," the action film "Shoot 'Em Up," and the biographical period drama "Elizabeth: The Golden Age."

In 2009, Owen starred in three films: the action thriller "The International," the romantic crime comedy "Duplicity," and the drama "The Boys Are Back." He was subsequently in "Trust," "Killer Elite," "Intruders," "Shadow Dancer," "Blood Ties," "Words and Pictures," "Last Knights," and "The Confirmation." Among Owen's other credits are "Valerian and the City of a Thousand Planets," "Ophelia," "Anon," "Gemini Man," "The Song of Names," and "The Informer." 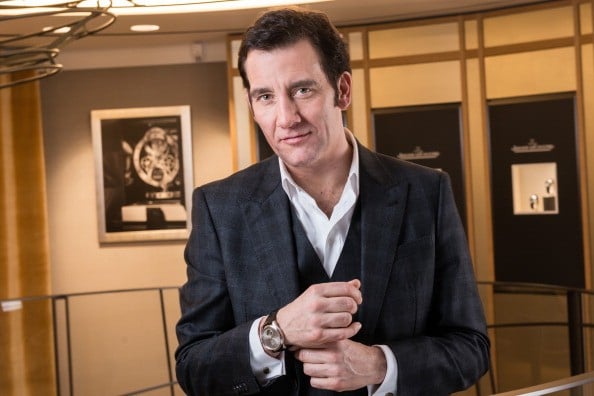 Following his breakthrough on "Chancer," Owen appeared in several television movies throughout the 90s. They included "Class of '61," "Nobody's Children," "An Evening with Gary Lineker," "Doomsday Gun," "The Return of the Native," "Split Second," and "Second Sight." He was also in two episodes of the anthology series "Screen Two," and was a series regular on the limited crime drama series "Sharman," based on the books by Mark Timlin.

In 2000, Owen starred in three sequels to the television film "Second Sight." After only sporadically working on television in the 00s, he returned to great critical acclaim in the 2012 HBO television film "Hemingway & Gellhorn." Starring as author Ernest Hemingway opposite Nicole Kidman as writer Martha Gellhorn, Owen received his first Emmy Award nomination for his performance.

He had another acclaimed role from 2014 to 2015, when he played Dr. John W. Thackery on the Cinemax drama "The Knick," for which he earned a Golden Globe nomination. Among Owen's subsequent credits are the horror miniseries "Lisey's Story" and the third season of "American Crime Story," in which he portrays US President Bill Clinton.

In 1989, the same year he played the role on television, Owen made his stage debut as Gideon Sarn in "Precious Bane." A couple years later, he appeared in the plays "The Philanderer" and "The Doctor's Dilemma." Owen went on to star in Sean Mathias' "Design for Living" and Patrick Marber's "Closer," the latter of which made its debut at the Royal National Theatre in 1997. Owen played the character of Dan in the stage play, while he switched to the role of Larry for the 2004 film adaptation.

Owen was in "A Day in the Death of Joe Egg" in 2001. Later, in 2015, he made his Broadway debut in a revival of Harold Pinter's "Old Times." He was subsequently in a Broadway revival of David Henry Hwang's "M. Butterfly," as well as a West End revival of Tennessee Williams' "The Night of the Iguana."

In 1995, Owen wed Sarah-Jane Fenton; together, they have two children.

Owen is an avid supporter of Liverpool FC, and served as a narrator for the documentary series "Being: Liverpool." 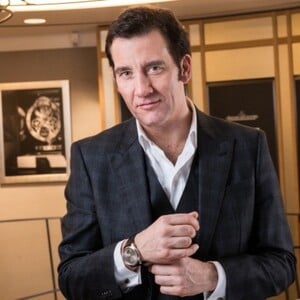