Sergio Leone Net Worth: Sergio Leone was an Italian film director, producer, and screenwriter who had a net worth of $10 million. Sergio Leone was born in Rome, Lazio, Italy in January 1929 and passed away in April 1989. Leone was associated with the Spaghetti Western film genre. His film-making styles included extreme close-ups and lengthy long shots. Sergio's father was cinema pioneer Vincenzo Leone and his mother was a silent film actress Edvige Valcarenghi. He started working in film at 18 after he dropped out of school. He became an assistant for Vittorio de Sica for The Bicycle Thief in 1948. Leone served as a second unit director of assistant director for the films The Fighting Gladiator, Outlaw Girl, The Three Pirates, Helen of Troy, The Last Days of Pompeii, Ben-Hur, Sodom and Gomorrah, and My Name is Nobody. He was writer, director, and/or producer for the films Aphrodite, Goddess of Love, Sheba and the Gladiator, The Last Days of Pompeii, The Seven Revenges, Duel of the Titans, For a Fistful of Dollars, The Good, the Bad and the Ugly, Once Upon a Time in the West, and Once Upon a Time in America. Leone worked with the recurring actors Clint Eastwood, Mario Brega, Aldo Sambrell, Benito Stefanelli, Antonio Molino Rojo, Lorenzo Robiedo, and Franka Brana among others. He was nominated for Best Director for Once Upon a Time in America for both a Golden Globe and a BAFTA Award. Sergio Leone passed away on April 30, 1989 at 60 years old from a heart attack. 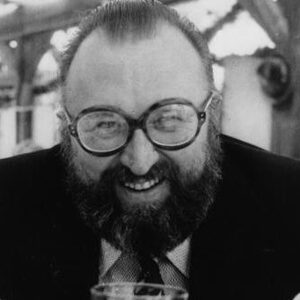