Peter Falk Net Worth and Salary: Peter Falk was an American actor who had a net worth of $5 million at the time of his death in 2011. Peter Falk was born on September 16, 1927 in New York City. His career as an actor began in the theater, making his Broadway debut in a 1956 production of the play Diary of a Scoundrel. He had a generous amount of success on the stage, but he was advised not to expect a thriving career in film because of his (now famous) glass eye. Falk managed to nab several film roles including a breakout performance in the gangster movie Murder, Inc.. From there, Falk defied the naysayers by being cast in legendary director Frank Capra's final film Pocketful of Miracles. Falk continued to work in small parts in TV and movies until 1968, when he first appeared in what would become his most famous role, Liertenant Columbo on the series Columbo. Falk's portrayal of the ostensibly absent-minded, slovenly police detective went on to appear in a TV series that was also immensely popular. After Columbo, Falk appeared in very artistic films from directors like Wim Wenders and John Cassavetes. He was diagnosed with Alzheimer's in 2008 and largely faded from the public eye soon thereafter. He passed away in June, 2011.

Peter Falk Columbo Salary: At the peak of the series in the late-1970s, Peter earned $300,000 per episode which is the same as earning around $750,000 per episode today after adjusting for inflation. 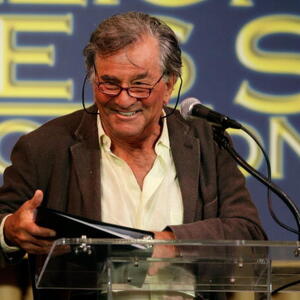