What is Jennifer Jason Leigh's Net Worth?

Jennifer Jason Leigh is an American actress who has a net worth of $5 million dollars. Jennifer Jason Leigh had her breakthrough role in the 1982 film "Fast Times at Ridgemont High." She went on to give critically acclaimed performances in such films as "Last Exit to Brooklyn," "Single White Female," "Mrs. Parker and the Vicious Circle," "Georgia," and "The Hateful Eight," for which she earned an Academy Award nomination. Leigh's other credits have included the television series "Weeds" and "Atypical" and stage productions of "Abigail's Party" and "Cabaret."

Jennifer Jason Leigh was born as Jennifer Leigh Morrow on February 5, 1962 in Los Angeles, California. Her father Vic was an actor, while her mother Barbara was a screenwriter; they were both Jewish. When Leigh was two, her parents divorced. Her mother subsequently remarried to filmmaker Reza Badiyi; later, in 1982, her father was killed in a helicopter stunt that went awry. Leigh has a half-sister named Mina from her stepfather, and had an older sister named Carrie who passed away in 2016.

At the age of nine, Leigh made her screen debut with a nonspeaking role in "Death of a Stranger." When she was a teen, she attended acting workshops at the Stagedoor Manor Performing Arts Training Center in New York. Following this, Leigh appeared on television for the first time in an episode of the detective series "Baretta." She was subsequently in episodes of "Family," "CBS Schoolbreak Special," and "The Waltons."

Leigh had her first major film role in 1981, playing a deaf and blind rape victim in the slasher film "Eyes of a Stranger." However, her breakthrough came the following year, when she played pregnant teenager Stacy Hamilton in the coming-of-age dramedy "Fast Times at Ridgemont High." Leigh was next in the 1983 Rodney Dangerfield comedy "Easy Money" and the 1984 dramedy "Grandview, U.S.A." Following this, she was cast in a number of low-budget thriller and horror films, often as abused or neurotic women. In "Flesh and Blood," she played a princess who is kidnapped and raped, while in "The Hitcher," she portrayed a waitress hunted by a psychopath. In 1988, she played a woman on the verge of a breakdown in "Heart of Midnight," and the following year, played a gang-raped prostitute in "Last Exit to Brooklyn." Leigh's other credits in the 80s include "Sister, Sister" and "Under Cover."

In the early 90s, Leigh had roles in the black comedy crime film "Miami Blues"; the action thriller "Backdraft"; the drama "Crooked Hearts"; and the crime film "Rush." She had one of her biggest hits in 1992, starring as a mentally ill woman who terrorizes her roommate in the psychological thriller "Single White Female." Leigh continued to garner great acclaim for her next several films. In 1993, she was part of the award-winning cast of Robert Altman's "Short Cuts," and in 1994 she starred opposite Tim Robbins in the Coen brothers' period comedy "The Hudsucker Proxy." Leigh then gave three of the most lauded performances of her career in "Mrs. Parker and the Vicious Circle," "Dolores Claiborne," and "Georgia." Her credits in the latter half of the 90s include "Kansas City," "Washington Square," "A Thousand Acres," and "eXistenZ." 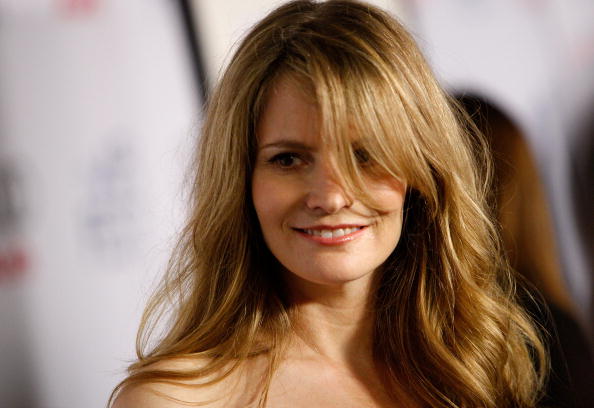 Leigh began the 2000s with roles in the independent films "The King is Alive," "Skipped Parts," and "The Anniversary Party," which she also cowrote and co-directed with Alan Cumming. In 2002, she had a small part in Sam Mendes' period gangster film "Road to Perdition." Leigh followed this with supporting roles in "In the Cut," "The Machinist," "Palindromes," "Childstar," and "The Jacket." In 2007, she starred opposite Nicole Kidman and Jack Black in Noah Baumbach's "Margot at the Wedding." The next year, Leigh was part of the cast of Charlie Kaufman's directorial debut "Synecdoche, New York." In 2010, she reunited with Baumbach for "Greenberg," which she also cowrote and produced.

Leigh had a big year in 2013, appearing in five films: "The Spectacular Now," "Kill Your Darlings," "The Moment," "Hateship, Loveship," and "Jake Squared." She was subsequently in "Welcome to Me." Next, in 2015, Leigh gave two critically acclaimed performances in Charlie Kaufman's stop-motion animated film "Anomalisa" and in Quentin Tarantino's revisionist Western "The Hateful Eight." She received a bevy of awards and nominations for the latter, including an Oscar nomination for Best Supporting Actress. Leigh followed this with roles in "Morgan," "LBJ," "Good Time," "Amityville: The Awakening," "Annihilation," and "White Boy Rick." Her later credits include "Possessor," "The Woman in the Window," "Awake," and "Sharp Stick."

Early on, Leigh appeared in many television films. Her first, "Angel City," was broadcast in 1980. Others included "The First Time," "Girls of the White Orchid," "Buried Alive," "The Love Letter," and "Thanks of a Grateful Nation." In the early 2000s, Leigh was in episodes of "Twitch City," "Frasier," and "Mission Hill." She landed her biggest television role yet in 2009, when she began playing the recurring role of Jill Price-Gray on the Showtime series "Weeds." After the show's conclusion in 2012, Leigh had another recurring role on the ABC series "Revenge." In 2017, she played Chantal Hutchens on "Twin Peaks: The Return," and began a main role as overprotective mother Elsa Gardner on the Netflix streaming series "Atypical." Leigh's other credits have included the Showtime series "The Affair" and the miniseries "Patrick Melrose" and "Lisey's Story."

Leigh made her debut on stage in a 1986 production of "Picnic" at the Ahmanson Theatre in Los Angeles. Later in the decade, she played the titular role in "Sunshine." Leigh made her Broadway debut in 1998 as a replacement for the role of Sally Bowles in a revival of "Cabaret." A few years later, she appeared on Broadway again in the play "Proof." Leigh gave one of her most acclaimed stage performances in 2005, playing Beverly in an off-Broadway production of Mike Leigh's "Abigail's Party." She returned to Broadway in 2011 in "The House of Blue Leaves."

In 2005, Leigh wed writer-director Noah Baumbach, whom she had first met while starring in "Proof" on Broadway. She later appeared in his films "Margot at the Wedding" and "Greenberg." The couple had a son, and divorced in 2013 on account of irreconcilable differences. 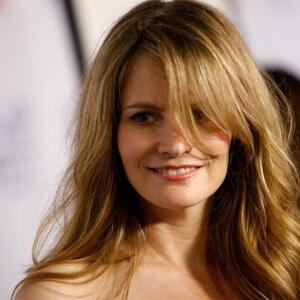