Rod Steiger Net Worth: Rod Steiger was an American actor who has a net worth of $8 million. Rod Steiger was born in Westhampton, New York in April 1925 and passed away in July 2002. Rod joined the United States Navy during World War II and saw action on destroyers in the Pacific.

During his acting career Steiger had over 140 credits to his name. He made his debut on the TV series Actor's Studio in 1950 and made his feature film debut in Teresa in 1951. Steiger starred in the movies On the Waterfront, Oklahoma!, The Harder They Fall, Al Capone, The Pawnbroker, The Loved One, Doctor Zhivago, In the Heat of the Night, No Way to Treat a Lady, The Sergeant, Waterloo, Last Days of Mussolini, W.C. Fields and Me, Portrait of a Hitman, The Amityville Horror, Klondike Fever, The Lucky Star, The Chosen, American Gothic, The Specialist, Mars Attacks!, Crazy in Alabama, The Hurricane, End of days, A Month of Sundays, The Hollywood Sign, and Poolhall Junkies. Steiger won an Academy Award in 1968 and was nominated for two others. He also won a Golden Globe the same year for his performance in In the Heat of the Night. He was awarded a Star on the Hollywood Walk of Fame in 1997 at 7080 Hollywood Blvd. Rod Steiger passed away on July 9, 2002 at 77 years old. 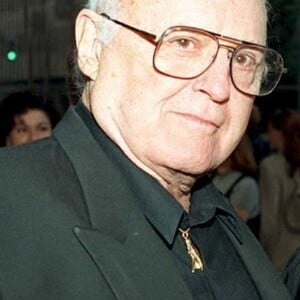