Hal Holbrook net worth: Hal Holbrook was an American actor who had a net worth of $12 million dollars at the time of his death in 2021. Hal died on January 23, 2021 at the age of 95. Holbrook was known for appearing in movies like "All the President's Men", "The Firm" and "Wall Street". He also earned acclaim portraying Mark Twain on stage.

Harold Hal Holbrook was born on February 17, 1925 in Cleveland, Ohio. He was raised by his paternal grandparents, along with his two sisters, after their parents abandoned them. At the time he was two. Having been in the film industry since the mid 1950s, Holbrook is known for his many notable acting roles, in both the film, TV, and miniseries outlets. Including Mark Twain Tonight, Into the Wild, All the President's Men, Water for Elephants, and Lincoln. He has also won numerous Primetime Emmy awards for his roles in films, including his title for Outstanding Lead Actor in a drama series for The Bold Ones: The Senator.

Holbrook was married three times and had three children, Victoria, David, and Eve. His first two children came from his marriage to his first wife, Ruby Holbrook. His third child was with his second wife, Carol Eve Rossen. He and his third wife, Dixie Carter, remained married until her death in 2010, after having met when he guest starred on her TV show, Designing Women. Carter and Holbrook lived in McLemoresville, Tennessee, which was also Carter's hometown. Holbrook, who is originally from Cleveland, Ohio, is said to have loved the transition into Southern life.

For the last few decades of their respective lives, Dixie and Hal lived in a large Beverly Hills mansion. The 8,400 square-foot home was placed on the market by their heirs in February 2022, a little less than a year after Hal's death. The initial asking price was $8.4 million.

They also had a home in McLemoresville, Tennessee. 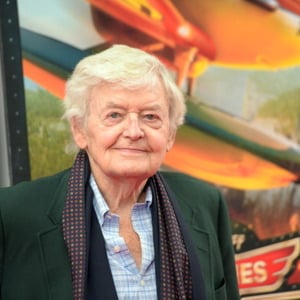