What is Andrew Shue's net worth and salary?

Andrew Shue is an American actor, athlete, and entrepreneur who has a net worth of $100 million. Andrew Shue is probably most famous for appearing on the 90s drama "Melrose Place." He is also one of the founders of internet media company Cafe Media.

Andrew Shue was born on February 20, 1962 in Wilmington, Delaware.  His sister, Elisabeth, is also an actor. He attended Columbia High School in Maplewood, New Jersey and played soccer. He and his sister were both inducted into the CHS Hall of Fame in 1994. He attended Dartmouth College, where he was an All America soccer player. He spent a winter studying and playing soccer in Glasgow, Scotland for Queens Park FC. He graduated with his B.A. in history from Dartmouth in 1989. After college, he played soccer and taught high school math in Zimbabwe.

Andrew had no intention of becoming an actor, but in 1991 he attended a movie premiere with his sister and an agent asked her if he was an actor. Elisabeth said yes. One year later Aaron Spelling cast him on his "Beverly Hills, 90210" spin-off that was in early production. In May 1992, Shue was cast in the role of Billy Campbell on what would become known as "Melrose Place." Set in a Los Angeles apartment complex filled with beautiful scheming neighbors in their 20s, Shue played the sensitive guy with the great hair who was the whipping boy of Courtney Thorne-Smith's character Allison Parker. He was on the show for six years.

While he was on Melrose Place, Andrew appeared in the Francis Ford Coppola film "The Rainmakers" as an abusive husband opposite Matt Damon and Claire Danes. Shue, alongside his sister Elisabeth Shue, brother John, and brother-in-law Davis Guggenheim worked on the feature film "Grace," which was loosely based on Elisabeth's childhood as the only girl on an all-boys soccer team. The film also paid tribute to the Shue siblings' late brother Will, who died in 1988.

In addition to his acting career, Shue also played professional soccer. While living in Zimbabwe, he played for the Bulawayo Highlanders. Shue was the only white player in the Zimbabwe Premier Soccer League at the time. During his season with the Highlanders, they won both the Zimbabwe Premier Soccer League title and the CBZ Cup title. In September 1993, Shue played one game with the Continental Indoor Soccer League's Los Angeles United. In July 1994, he played two games for the Anaheim Splash. In 1996, he played for the Los Angeles Galaxy and had one assist in five games. Shue was on injured reserve for the entire 1997 season. 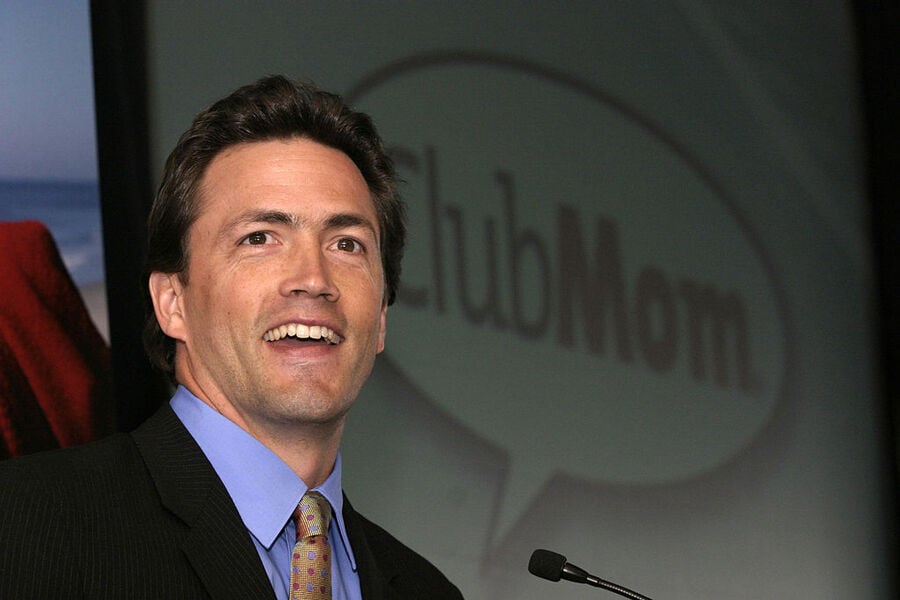 After Melrose, Andrew launched a second career as an internet entrepreneur.  In 1999, Shue and his friend Michael Sanchez founded Club Mom. The website distilled parenting information in the form of blogs, message boards, and articles as well as offered a shopping club that rewarded members with giveaways. It was all a precursor to CafeMom, the first social networking site just for moms. The nexus of the idea for CafeMom started when Shue became a father and saw how much his wife relied on other mothers for support and information. He realized that there was no website devoted to serving this group of women. CaféMom was born. Andrew Shue co-founded CafeMom in 2006 with Sanchez. Turns out they honed in on the right demographic at exactly the right time. It was in 2006 that Facebook opened up its site to everyone, no longer requiring a university email address to join. It was the dawn of the social media takeover.

CafeMom is a community where moms come together to get advice and support on topics like pregnancy, health, fashion, food, entertainment, and more. Andrew and Michael tapped into something few men understand – that moms pretty much rule the world and are great at trying new products and services and telling other people about it. Oh one more thing, in terms of advertising dollars, moms happen to be by far the most valuable and coveted segment of internet visitors on the web. This recipe has ended up being very successful for Andrew Shue and everyone else at CafeMom. CafeMom is now a family of companies, including blog The Stir, Baby Name Wizard, and popular Latina site MamasLatinas. In 2010, CafeMom rejected a $100 million buyout offer from Yahoo. By 2011, CafeMom was generating $30 million a year in ad revenue. Cafe Mom and the related websites were eventually sold off to various buyers. Andrew and his partners also sold their advertising business CafeMedia to a private equity firm where they work today.

His work as an internet entrepreneur has nearly completely overshadowed his work as an actor, with CafeMom becoming one of the most popular sites on the internet for women, in terms of page views.

Shue was married to floral designer Jennifer Hageney from 1994 to 2008. They had three sons: Nathaniel, born in 1996, Aiden, born in 1999, and Wyatt, born in 2004. They divorced in 2008. In 2010, Shue married former Today Show co-anchor and ABC News correspondent Amy Robach. She has two daughters from a previous marriage.

Along with Michael Sanchez, Andrew co-founded co-founded a teen volunteer organization called Do Something in the 1990s. Do Something is still in operation today, empowering young people to make positive changes in their community and nationally through grants. One of its marquee initiatives is to date has been "Teens For Jeans" which has collected millions of pairs of jeans over the years to clothe homeless teens. He now sits on the Board of Directors.

In 2013, it was reported that Shue and his wife rented a triplex townhouse in Manhattan's Financial District. The apartment has five bedrooms and five and a half bathrooms in more than 3,100 square feet. The unit also has a private elevator that can be used to access the apartment's three floors. The couple reportedly paid $16,800 a month in rent. 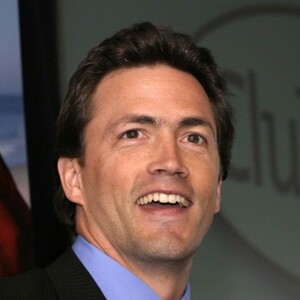