What is Francis Ford Coppola's Net Worth and Salary?

Francis Ford Coppola is an American film director, producer and screenwriter who has a net worth of $400 million. He has won multiple Academy Awards, both for directing and writing but Coppola is perhaps best known for creating The Godfather movie trilogy. Outside of the film industry, Francis is a highly successful wine entrepreneur and investor.

Francis Ford Coppola was born on April 7, 1939, in Detroit, Michigan, to Italia and Carmine Coppola. He is the middle of three children. Born into a family of Italian immigrant ancestry, his paternal grandparents hailed from Basilicata and his maternal grandfather (famous Italian composer Francesco Pennino) from Naples, Italy. The family moved to Queens, New York, when Coppola was two years old. His father was working as a principal flautist for the NBC Symphony Orchestra. Coppola contracted polio when he was young and was bedridden for much of his upbringing. He indulged his creative imagination by performing homemade puppet theater productions, reading plays, and making amateur movies.

Coppola attended 23 schools, including the New York Military Academy, before he graduated from Great Neck High School. He attended Hofstra College and majored in theater arts. He found great success in playwriting, production, and direction, but eventually decided to pursue cinema versus theater. After Coppola graduated in 1960, he moved to California to attend the film program at UCLA. He first found directorial success with "Finian's Rainbow", a 1968 musical.

Coppola first caught the attention of critics for his screenwriting talent, earning his first Academy Award for Best Original Screenplay for the movie "Patton". Two years later, he released what is considered by many to be one of the best films in history, "The Godfather." The movie, a three-hour epic that chronicles the trials and tribulations of the Corleon family, was a turning point in cinema. Paramount pictures initially wanted Italian director Sergio Leone to direct instead of Coppola, but Leone declined. At first, Coppola had no interest in directing the movie, fearing it would glorify Mafia violence and reflect poorly on his own heritage, but eventually accepted. However, he faced many problems while making the movie. Coppola vehemently advocated to cast Marlon Brando in the starring role, but Paramount disagreed and wanted Ernest Borgnine or Danny Thomas. It took Coppola pleading with executives and the negotiation of a significantly smaller salary than Brando was used to to get him cast. Coppola has described the movie as difficult to make and very unappreciated during filmmaking. He was always on the verge of getting fired, and was made to feel as though he would never be successful or make another movie ever again. The Godfather went on to win Coppola his first Academy Award nomination for Best Director. The movie won the Academy Award for Best Adapted Screenplay and Best Picture, as well as Golden Globes for Best Director and Best Screenplay. The film is routinely at the top of polls and lists of the greatest movies of all time. He made two more installments, "The Godfather Part II" in 1974 and 1990's "The Godfather Part III," which met similar successes as the first one.

Outside of The Godfather trilogy, other career highlights that fetched him accolades and fans include The Conversation (1974) and Apocalypse Now (1974), each earning him a Palme d'Or Award. One of only eight filmmakers to win two Palme d'Or awards, Coppola has won five Academy awards out of fourteen nominations in total. Later on, he successfully translated his success from the 1970s to the 1990s directing Gary Oldman in Bram Stoker's Dracula (1992), which turned out to be a blockbuster and won three Academy Awards. The last movie that he helmed in the decade was The Rainmaker (1997), an adaptation of the John Grisham book by the same name. He then took a ten-year hiatus, returning behind the camera with 2007's Youth Without Youth, which was critically panned and another box office flop for the veteran director.

Coppola announced in April 2019 that he plans to direct a movie he's been working on for many years, Megalopolis. The movie is a story of the aftermath of New York City in the wake of a disaster, but his initial plotting struck at the same time as the September 11 attacks and he had to shelve it due to the sensitivity of the timing. 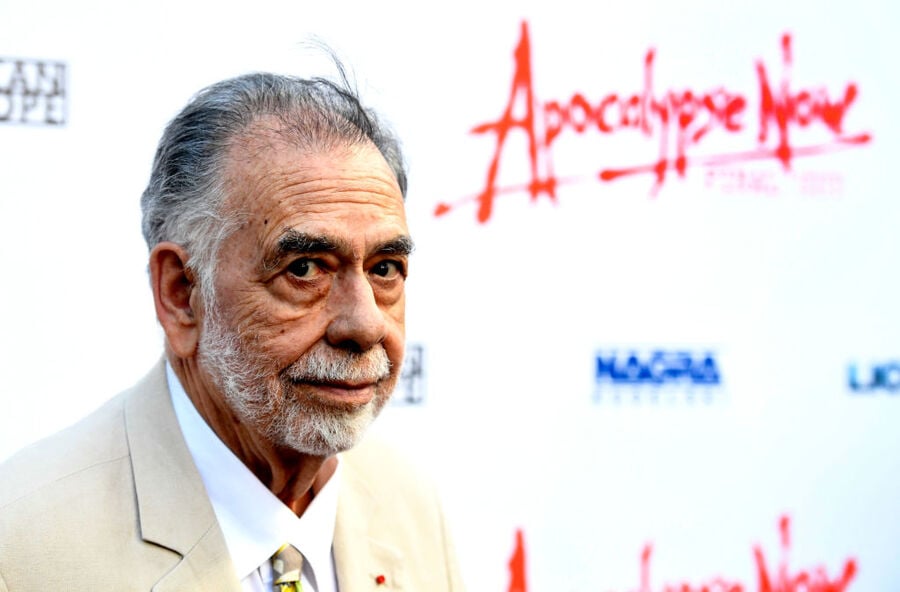 Coppola and his family expanded into winemaking in 1975. It started when he bought the former home and vineyard of Gustave Niebaum in Napa Valley, California for $2 million which is the same as around $12 million after adjusting for inflation. He used the proceeds from the first Godfather movie to start his winery, and produced wine under the Niebaum-Coppola label. The initial purchase did not include hundreds of acres of grapes next to the property. When that land came up for sale in the early 1990s, he actually did not have the money to make the purchase. He was able to line up a bank loan and then agreed to make 1992's "Bram Stroker's Dracula" to clear the debt. He purchased the Inglenook Winery chateau in 1995. Its grapes are entirely organically grown. A third winery, family-friendly Francis Ford Coppola Winery near Geyserville, California, boasts swimming pools, bocce courts, and a full restaurant. Coppola purchased the Vista Hills winery in Dayton, Oregon, in October 2018.

Coppola partnered in 2003 with George Altamura to restore and repurpose the Uptown Theater in downtown Napa, California, which now functions as a live entertainment venue. He is also the owner of a lifestyle brand, Francis Ford Coppola Presents. Marketed in the brand are several hotels and resorts worldwide, including the Blancaneaux Lodge in Belize which was opened to the public in 1993 as a 20-room luxury resort. Many of his resorts have won prestigious awards for luxury and leisure. The brand also includes Zoetrope: All Story, a literary magazine that publishes fiction from up and coming writers alongside recognizable names.

Coppola has been married to Eleanor Coppola since 1963. They have three children, Gian-Carlo, who tragically passed away at age 22,  Roman, and Sofia Coppola, who have also made names for themselves in showbusiness as successful filmmakers. His nephews Nicolas Cage and Jason Schwartzman are also successful actors. Schwartzman's mother is Godfather actress Talia Shire. 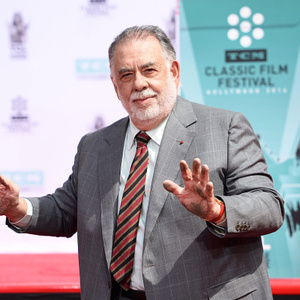