By Amy Lamare on January 8, 2014 in Articles › Entertainment

Back in the 1990s, Andrew Shue became famous for playing the long suffering nice guy Billy Campbell on "Melrose Place". Shue stayed on Melrose for six of the show's seven seasons. Considering the fact that he got his start on a 90s primetime soap opera, I don't think many people expected to hear much from Andrew Shue after roughly 1998. I bet very few people would have guessed that Andrew also successfully pursued a side career as a professional soccer player. Even more incredibly, I guarantee that 15 years after Melrose Place shut its doors, no one out there could have guessed that Andrew Shue would transform into a bonafide internet mogul with a seven figure bank account to match. That's right, thanks to a website called CafeMom, Billy Campbell is no longer Alison Parker's whipping boy. In fact, Andrew Shue is all grown up, with enough money to buy Melrose Place, tear it down and replace it with a private putting green. How does one make the leap from trashy nighttime soap opera to extremely successful startup founder? You're about to find out. 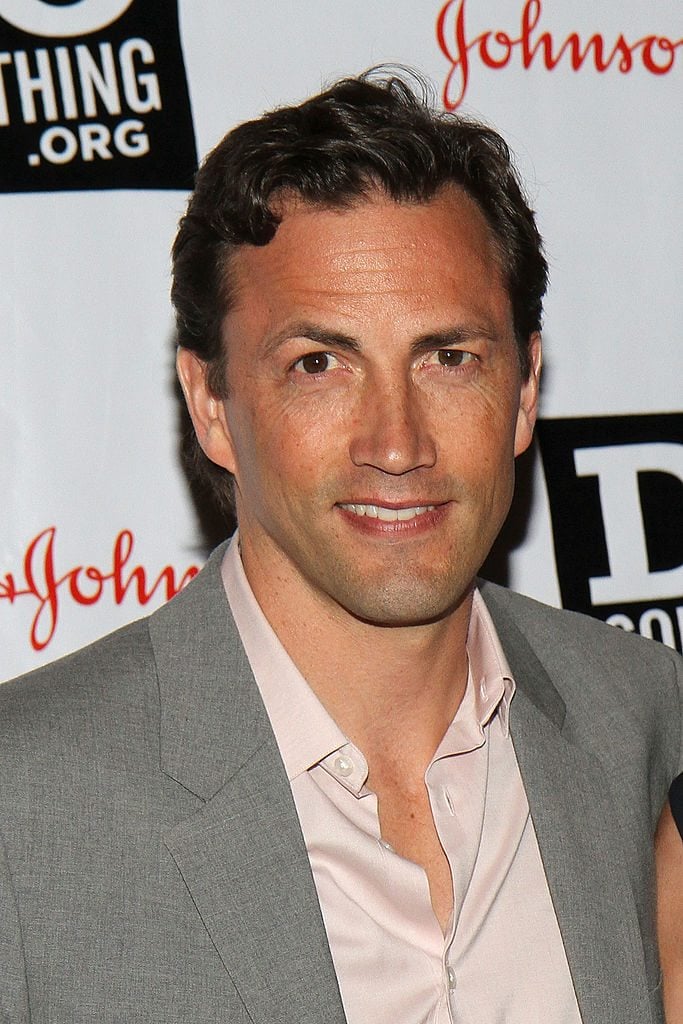 Andrew Shue owes his internet success to a website he runs called CafeMom.com. CafeMom is a community where moms come together to get advice and support on topics like pregnancy, health, fashion, food, entertainment, and more. You have to admit, Andrew Shue doesn't, at first, seem like the likeliest of guys to be running a website for moms. But that is exactly what he's been doing since 2006 when he co-founded CafeMom alongside his friend Michael Sanchez. Since 2006, Andrew and Michael have tapped into something few men understand – that moms pretty much rule the world and are great at trying new products and services and telling other people about it. Oh one more thing, in terms of advertising dollars, moms happen to be far and away the most valuable and coveted segment of internet visitor on the web. 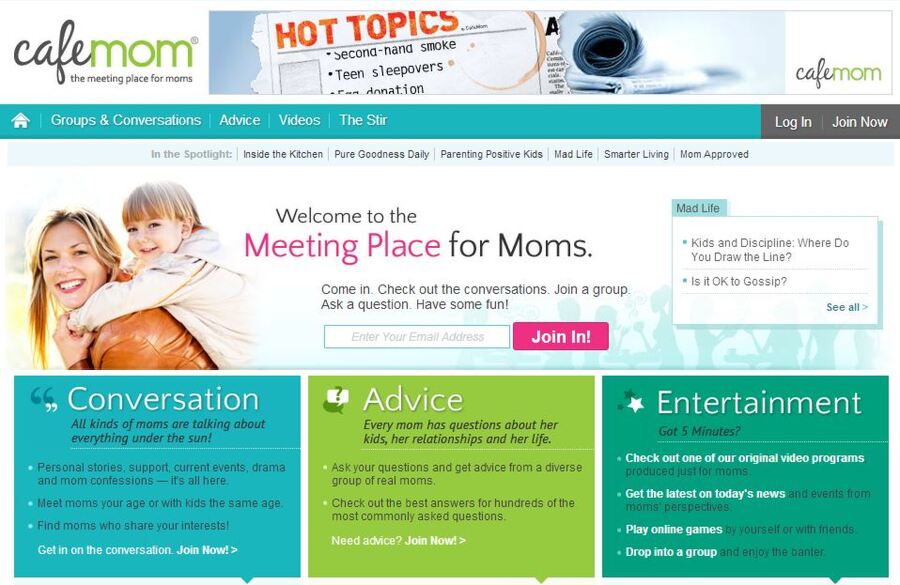 In the 90s, Andrew Shue spent six years shilling the nighttime soap schlock on Aaron Spelling's Beverly Hills 90210 spinoff Melrose Place. Set in a Los Angeles apartment complex filled with beautiful scheming neighbors in their 20s, Shue played the sensitive guy with the great hair. That's a far cry from how he now spends his days–talking about diaper rash and minivans with the millions of members of the CafeMom community. This father of five's journey from actor to entrepreneur is an interesting look at how careers shift in today's world. No longer do we pick one job, one career and stick with it like our parents and grandparents did and Andrew Shue is a prime example of that.

Andrew Shue was born in Wilmington, Delaware in 1967 and grew up in South Orange, New Jersey. His sister is the actress Elisabeth Shue. He attended Dartmouth College, where studied history and played soccer. After graduating from Dartmouth in 1989, he played professional soccer and taught high school math in Zimbabwe for two years. Andrew had no intention of becoming an actor, but in 1991 at a movie premiere he attended with his sister an agent asked her if he was an actor. Elisabeth said yes. One year later Aaron Spelling cast him on "Melrose Place".

While Shue was playing Billy Campbell, he also played professional soccer for the Los Angeles Galaxy and co-founded a teen volunteer organization with his childhood friend Michael Sanchez called Do Something. Do Something is still in operation today, empowering young people to make positive changes in their community and nationally through grants. Do Something has more than 2 million members and reaches an estimated 11 million young people around the country every year. One of it's marquee initiatives is to date has been "Teens For Jeans" which has collected millions of pairs of jeans over the years to clothe homeless teens.

By all accounts, Shue was living under a lucky star. He stumbled into an acting career with a key role on a long-running and popular television show. He was a professional athlete. He was dedicated to philanthropic pursuits. But it wasn't enough for him. After nearly a decade in Hollywood, Andrew Shue realized that he did not want to be an actor. The constant self-promotion was wearing thin.

By this time, Shue had married his agent from the Melrose Place days, Jennifer Hageney, and the couple had had two of their three sons. But Andrew was about to undergo a major transformation from heartthrob to internet entrepreneur, and it was all going to happen very quickly. That was not the only thing Shue had and focus on during the next decade. Andrew and Jennifer had third son but then got divorced. Within a year, Andrew met, fell in love with, and married ABC News journalist Amy Robach. He also became step-dad to Amy's two daughters in the process. All of this was happening while CafeMom was just getting off the ground, giving Shue firsthand knowledge of how hard it can be to balance work, life, and family. 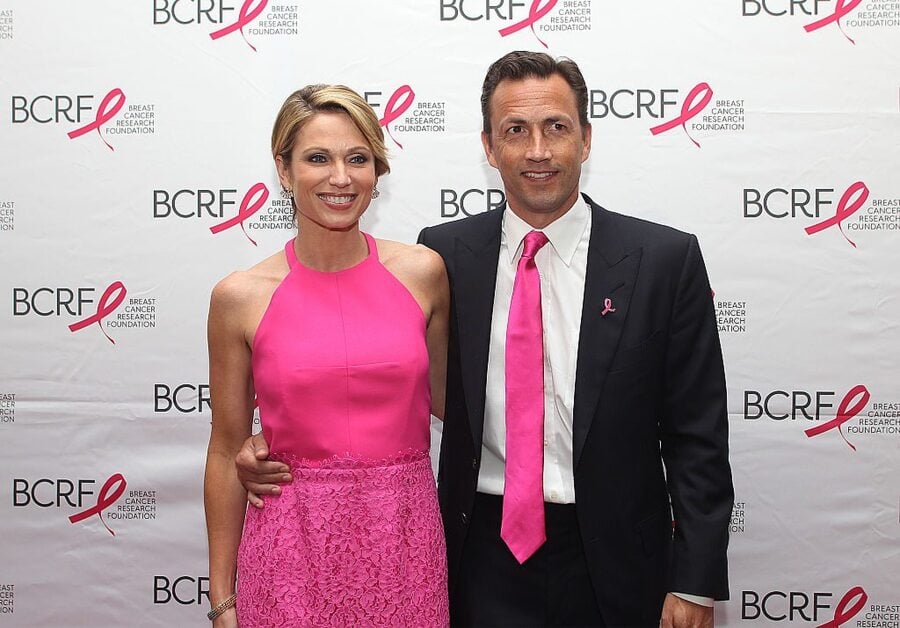 In 1999, Shue and Michael Sanchez founded Club Mom. The website distilled parenting information in the form of blogs, message boards, and articles as well as offered a shopping club that rewarded members with giveaways. It was all a precursor to CafeMom, the first social networking site just for moms. The nexus of the idea for CafeMom started when Andrew Shue became a father and saw how much his wife relied on other mothers for support and information. He realized that there was no website currently devoted to serving this group of women. CaféMom was born.

Andrew Shue co-founded CafeMom in 2006 with Sanchez. Turns out they honed in on the right demographic at exactly the right time. It was in 2006 that Facebook opened up its site to everyone, no longer requiring a university email address to join. It was the dawn of the social media takeover.

A November 2013 study by Experian revealed that mothers with children under the age of five are more active on social media than any other group of people. These moms are twice as likely to post comments and engage in communities on websites than the rest of the U.S. population. More importantly, spend a ton of money. Because CafeMom taps into this lucrative demographic, they were quickly able to earn more than $6 million a quarter in ad revenue. In 2010, CafeMom rejected a $100 million buyout offer from Yahoo. By 2011, CafeMom was generating $30 million a year in ad revenue.

CafeMom fills a void and a need. Being a mother can be isolating. Every single mother is overwhelmed, conflicted about whether they are doing the best they can, and needs an outlet to communicate and commiserate. CafeMom gives women that. In fact, when Shue wants to log into the site, he has to do so under his wife's account. When men try to join the site, their accounts are deleted. CafeMom's members have formed tens of thousands of groups covering subjects from crafts to marathon runners to those dealing with family health issues. The women trade information, build relationships, share tips and advice and products they like. The anonymity of the internet gives these busy moms an outlet to confess fears they might not in real life. 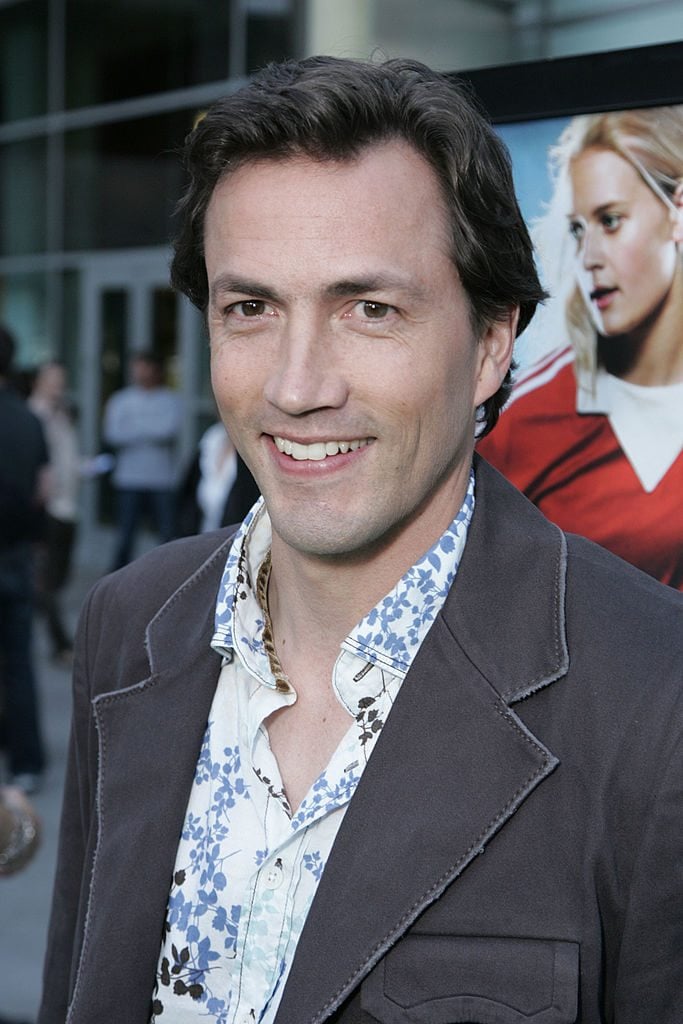 Andrew Shue and CaféMom tapped into the notion that moms rule the world, and only another mom can understand a mom's life and created a platform where women could network with each other. CafeMom also owns and operates the sites TheStir, a site for moms with content covering celebrity gossip, parenting dilemmas (and solutions), current events, and home decorating; MamasLatinas, and The Prowl – a social shopping site where users can ask the community for help accessorizing a dress or finding the perfect artwork to hang on their empty wall. Or, they give their opinions and play the role of personal shopper for other Prowl members.

CafeMom is one of the internet's most popular websites in terms of page views. The talk of teething, busy schedules, how to get a finicky child to eat, and the best car seats on the market is a world away from the devious dealings of Amanda Woodward, Sydney Andrews and Kimberly Shaw on Melrose Place. Something tells me that's just the way Andrew Shue, Internet mogul and father of five, likes it. As of January 2014, CafeMom is rumored to be worth as much as $200 million. Potentially more if it continues to grow at its recent pace. As for Andrew Shue, the former nighttime soap heartthrob, his personal stake is estimated to be worth north of $50 million. That should be enough drive Alison and all those bitches down at D&D fully insane once and for all.