What is Elisabeth Shue's net worth?

Elisabeth Shue is an American actress who has a net worth of $20 million. Elisabeth is known for appearing in popular movies such as "The Karate Kid," "Cocktail," and the "Back to the Future" sequels. In 1995, she starred opposite Nicolas Cage in "Leaving Las Vegas," earning her an Academy Award nomination. Later, on television, she played Julie Finlay in "CSI: Crime Scene Investigation."

Elisabeth Judson Shue was born in 1963 in Wilmington, Delaware to English Pilgrim descendant Anne Brewster and German descendant James William Shue. Her mother was a vice president in Chemical Banking Corporation's private division, while her father was a real estate developer, lawyer, and president of the International Food and Beverage Corporation. Shue was raised in South Orange, New Jersey with her brothers Andrew, William, and John. Andrew Shue would also become an actor – best known for his role on "Melrose Place" – and an entrepreneur.

Their parents divorced when Elisabeth was nine. Two half-siblings resulted from her father's remarriage. In 1981, Shue graduated from Columbia High School in Maplewood, New Jersey, and began attending Wellesley College in Massachusetts. She transferred to Harvard in 1985, but left with only one semester to go in order to pursue a career in acting. She would return to Harvard in 2000 to complete her BA degree in political science.

While still in high school, Shue appeared in television commercials promoting the likes of Burger King, Chewels bubble gum, and Hellmann's mayonnaise. In 1984, she made her feature film debut in "The Karate Kid," playing the love interest of Ralph Macchio's protagonist. This was followed by parts in the 1986 British horror film "Link," and in the 1987 made-for-television movie "Double Switch." Later in 1987, Shue had her first major star vehicle with the popular teen comedy "Adventures in Babysitting." With her career on the rise, the actress soon found herself playing Tom Cruise's love interest in the 1988 romantic drama "Cocktail," and the character of Jennifer Parker in "Back to the Future Part II" and "Back to the Future Part III."

In 1990, Shue debuted on Broadway in "Some American Abroad." The next year, she made a splash on screens with roles in two comedies: "The Marrying Man," starring Alec Baldwin and Kim Basinger, and "Soapdish," with Whoopi Goldberg, Kevin Kline, and Sally Field. From 1992 to 1994, Shue was featured in a number of supporting roles, in films such as "Twenty Bucks" and "Heart and Souls," and on the television sitcom "Dream On."

Shue's acting career reached its zenith with 1995's critically acclaimed "Leaving Las Vegas." A departure from the girl-next-door roles in which the actress was typically cast, Shue played a hardened prostitute who forms a romantic relationship with a suicidal alcoholic played by Nicolas Cage. The film received four Oscar nominations, including one for Shue's leading role. In addition, the actress was nominated for BAFTA, SAG, and Golden Globe Awards, and won Best Actress at the Independent Spirit Awards. 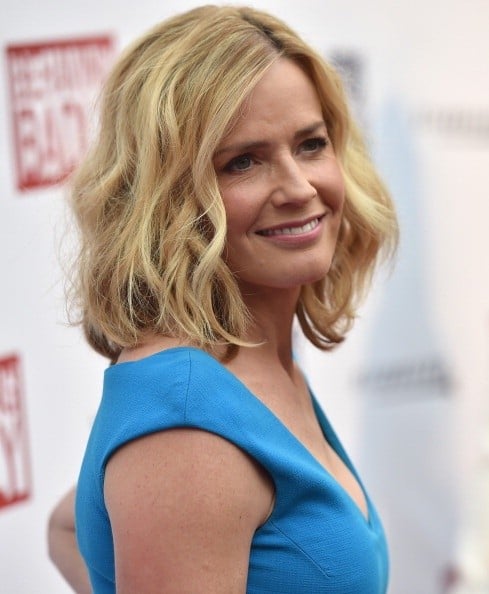 After her Oscar nomination, Shue's career took off. She subsequently appeared in a diversity of roles, from 1996's "The Trigger Effect" to the 1997 Woody Allen comedy "Deconstructing Harry," in which she displayed her comic chops alongside costars Robin Williams and Billy Crystal. Among Shue's other prominent films in the 90s were the spy thriller "The Saint"; neo-noir "Palmetto"; comedy-drama "Cousin Bette," costarring Jessica Lange; and 1999's "Molly," in which she played the titular role of a young autistic woman.

Shue continued to work throughout the 2000s, appearing in films such as "Leo," "Tuck Everlasting," "Mysterious Skin," "Hide and Seek," and "Dreamer." In 2007, she starred in the sports drama "Gracie," which was produced with her brothers and directed by her husband. Based on her own experiences as the lone girl on an all-boys' soccer team, Shue played the mother of the protagonist. Other movies from this period included "Hamlet 2," "Don McKay," and "Piranha 3D."

The year 2012 marked another high point for Shue. In addition to roles in three wide-release films – "House at the End of the Street," "Chasing Mavericks," and "Hope Springs" – the actress returned to the small screen as part of the regular cast of "CSI: Crime Scene Investigation." Her role as Julie Finlay lasted until 2015, when her character's fate was left up in the air. Later, in a TV finale special, it was revealed that her character had died.

Shue's film credits continued with supporting roles in the 2017 Billie Jean King biopic "Battle of the Sexes," with Emma Stone and Steve Carell, and in 2020's submarine thriller "Greyhound," in which she played the love interest of Tom Hanks' commanding officer. Meanwhile, on television, Shue was cast in a leading role on Amazon's superhero series "The Boys."

In 1994, Shue married film director Davis Guggenheim, who would go on to make popular documentaries including "An Inconvenient Truth" and "Waiting for 'Superman'." They have three children: Agnes Charles, Stella Street, and Miles William. Early on, the couple moved into a two-story Spanish-style home located off the Sunset Strip. Built in 1926, the nearly 2,000-square-foot house featured three bedrooms and three-and-a-half bathrooms, as well as a detached office, tile courtyard, and a pool. 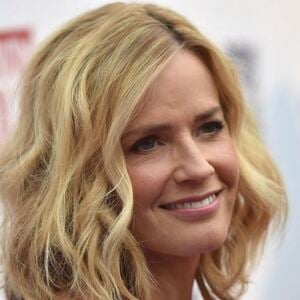