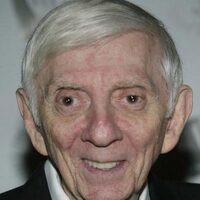 What was Aaron Spelling's Net Worth and Salary?

Aaron Spelling was a prolific American television and film producer who had a net worth of $600 million at the time of his death in 2006. Spelling had one of the longest lists of credits in Hollywood history with a total of 218 Producer and Executive Producer credits. Some of his most well-known shows include "Charlie's Angels," "Dynasty," "Beverly Hills, 90210," and "Melrose Place." Aaron was also a writer and an actor. He had 21 writing credits to his name and appeared in more than 30 movies and TV shows. Thanks to a vast television empire that is still thriving, at various points he has been ranked as one the highest earning dead celebrities.

Aaron Spelling was born on April 22, 1925, in Dallas, Texas. He grew up with mother Pearl, father David (a tailor), sister Becky, and brothers Sam, Max, and Daniel. His parents were Russian-Jewish immigrants, and David changed his last name from Spurling to Spelling after he emigrated to America. Aaron was the victim of anti-Semitic bullying by his classmates, leading to a nervous breakdown at 8 years old, where he psychosomatically lost the ability to use his legs; he stayed in bed for a year, passing his time with books, and fully recovered. Spelling attended Forest Avenue High School, then served as an Army Air Corps pilot during World War II, earning a Purple Heart after being shot in the hand by a sniper.

After his military service was over, Aaron attended Southern Methodist University, graduating with a journalism degree in 1949. As an SMU student, he joined the drama club and showed his school spirit as head cheerleader; he was also the first student to direct a senior class play at the school. Spelling earned a Harvard Award in 1947 for a play he wrote about racial prejudice and won the award again in 1949. In 1998, SMU honored Aaron with their Distinguished Alumni Award.

In 1953, Spelling made his acting debut in the film noir "Vicki" and appeared on "Dragnet" and "I Led Three Lives." He sold his first script in 1954, to anthology series "Jane Wyman Presents," and he appeared on "I Love Lucy" and "Alfred Hitchcock Presents" the following year. Aaron worked as a writer for Western anthology series "Zane Grey Theatre" from 1956 to 1961 and became one of the show's producers in 1960. 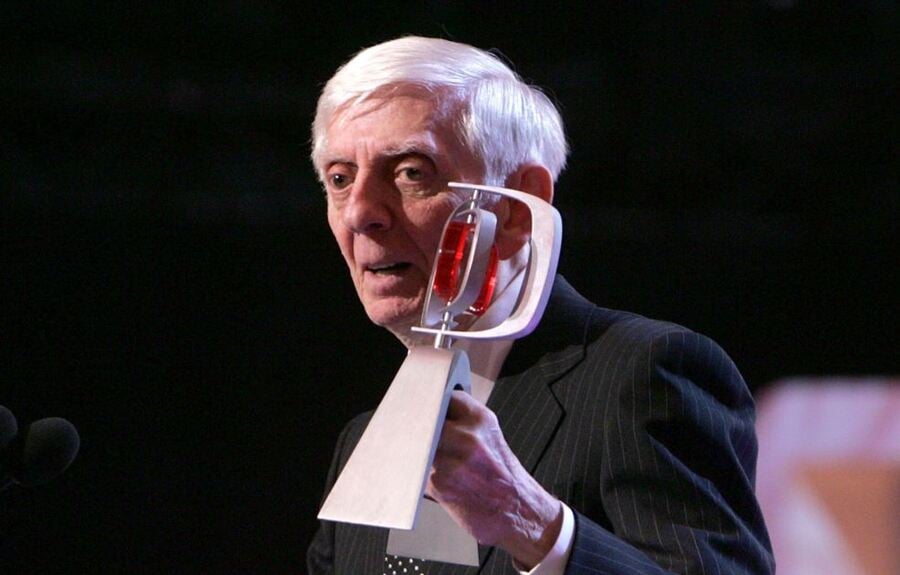 Aaron married actress Carolyn Jones (best known as Morticia Addams on "The Addams Family") in 1953, and they divorced in 1964. He wed Carole "Candy" Marer in 1968, later known as Candy Spelling. They welcomed daughter Tori Spelling on May 16, 1973, and son Randy on October 9, 1978. Spelling often cast his children in his projects, and Tori gained international fame for her role as Donna Martin on "Beverly Hills, 90210."

Spelling died at the age of 83 on June 23, 2006, at his home in Los Angeles five days after suffering a stroke. Before his death, he had suffered from oral cancer (which he was diagnosed with in 2001) and Alzheimer's disease. A few days after his death, Spelling's family held a private funeral, and he was buried in a mausoleum at Hillside Memorial Park Cemetery. Two months later, Aaron was posthumously honored at the Primetime Emmy Awards by stars of some of his beloved shows, including Joan Collins of "Dynasty," Heather Locklear of "Melrose Place," and Farrah Fawcett, Jaclyn Smith, and Kate Jackson of "Charlie's Angels."

Spelling left behind an estate worth $600 million, and he changed his will two months before his death, leaving just $800,000 each to Tori and Randy. Since the will included a No-Contest Clause, Aaron's children could not contest the will without potentially losing their entire inheritance.

Aaron won several awards for his work, including a 1989 Outstanding Drama/Comedy Special Primetime Emmy for "Day One" and a 1994 Outstanding Made for Television Movie Primetime Emmy for "And the Band Played On." In 1999, he earned a Britannia Award for Excellence in Television, and the Producers Guild of America awarded him the Norman Lear Achievement Award in Television the following year. Spelling was also honored by the Costume Designers Guild Awards, the GLAAD Media Awards, the Golden Apple Awards, the Online Film & Television Association, the Publicists Guild of America, the Soap Opera Digest Awards, and the TV Land Awards. Aaron received a star on the Hollywood Walk of Fame in 1978, and in 1996, he was inducted into the Television Academy Hall of Fame. In 1983, the NAACP gave Spelling their Humanitarian Award after he donated $100,000 to pay for 21-year-old Derrick Gordon's heart transplant operation.


At the time of his death, Spelling owned a Holmby Hills mansion known as "The Manor," and "The Spelling Manor." Aaron bought the property (which belonged to Bing Crosby) in 1988, and he demolished the home and built a 123-room, $47 million estate. "The Manor" is the largest single-family home in California, and Spelling's widow put the 56,500 square foot mansion on the market for $150 million in 2008. Heiress Petra Ecclestone bought the property for $85 million in 2011, and it was sold to an anonymous buyer for $119.7 million in 2019.