Carlos Bocanegra net worth: Bocanegra Net Worth is an American soccer player who has a net worth of $12 million dollars. He was born Carlos Manuel Bocanega in May of 1979. Carlos is best known for his career as a professional soccer player, and for formerly serving as captain of the men's United States' national soccer team.

Hailing from California, he played soccer throughout childhood and later in high school and college. After graduating, he attended UCLA, where he played soccer and studied both history and geography. Though he was offered scholarships for both soccer and football, he opted to play soccer. Bocanegra, also has a brother who played soccer at Grand Canyon College. In the Major League Soccer, he was drafted as the fourth overall pick in 2000 by the Chicago Fire. He then went on to play with the team until he was transferred. At this time he was named Rookie of the Year with MLS, after his team won the championship game, earning themselves the Lamar Hunt U.S. Open Cup. At that time he was then considered to be one of the top-ranked professional defenders in the US. Aside from his work in the U.S., he has also played internationally at the professional level. 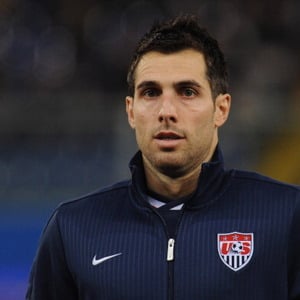