Ron Burkle Net Worth: Ron Burkle is an American businessman who has a net worth of $2 billion. A college drop-out, Ron earned his fortune as the founder of the private equity firm Yucaipa Companies. He also manages the Ronald W. Burkle Foundation and has been chairman of the board for Ralphs, Fred Meyer, Dominick's, Food4Less, and Alliance Entertainment.

Burkle has served on the boards of Occidental Petroleum Corporation, Yahoo!, and KB Home as well. He is co-owner of the National Hockey League team the Pittsburgh Penguins, along with Mario Lemieux, and he has invested in technology startups and Three Lions Entertainment. Burkle was the largest shareholder of Wild Oats Markets before it was acquired by Whole Foods Market, and he has been involved with Safeway, Kmart, Pathmark, Sean John, Primedia, Barnes & Noble, American Apparel, Inc., and Relativity Media.

Ron Burkle was born Ronald Wayne Burkle on November 12, 1952, in Pomona, California. He grew up with mother Betty, father Joseph, and a younger brother. Joseph was the manager of a Stater Bros. grocery store, and Ron worked in the store during his youth, stocking shelves and retrieving shopping carts. By the time Burkle was 13, he was a member of the United Food and Commercial Workers Union Local 770, and two years later, he had to leave school and his job to recover from a poolside accident that resulted in two broken legs. He graduated from high school at age 16 and briefly studied dentistry at California State Polytechnic University, Pomona. Ron dropped out of college after less than two years and went back to stocking shelves at Stater Bros.

In his twenties, Burkle invested $3,000 in two metals companies, including American Silver, and made $30,000, which he used to flip grocery stores in neighborhoods that were "abandoned or underserved by other chains." Ron eventually became manager at Stater Bros., and by his late twenties, he had been named president of the store's parent company, Petrolane, Inc. When Petrolane made the decision to sell Stater Bros., Burkle secretly arranged a buyout with Berkshire Hathaway vice-chairman Charles Munger, with Berkshire putting up half the equity. The bid Ron made to Petrolane's board was 20% lower than the company's internal valuation, and the board didn't just reject his offer – they fired him as well. By that point, Burkle's portfolio was worth around $5 million, and he spent the next five years investing in stocks and overseeing rental properties that belonged to his family.

Ron founded the private equity firm Yucaipa Companies in 1986, and the firm has invested in companies involved in entertainment, sports, food, hospitality, and other industries. During the Los Angeles riots in 1992, Burkle earned praise for refusing to close his inner-city stores. In 1999, Ron and former Pittsburgh Penguin Mario Lemieux saved the Penguins from bankruptcy, and he was involved in negotiations to build the PPG Paints Arena for the team and to end the 2012–2013 NHL lockout. Under Ron's ownership, the Penguins won the Stanley Cup in 2009, 2016, and 2017, making them the only championship-winning sports team in North America to have ties to private equity. In January 2021, it was announced that Burkle would be the lead investor of the future Major League Soccer franchise the Sacramento Republic, but he pulled out in February 2021 due to the COVID-19 pandemic.

Ron co-founded the venture capital fund A-Grade Investments with Guy Oseary and Ashton Kutcher, and as of 2020, the fund's investment portfolio included companies such as Uber, SoundCloud, Spotify, and Airbnb. He has also invested in technology startups through the venture capital fund Inevitable Venture, which was founded by Chris Hollod and D.A Wallach. In the entertainment industry, Burkle has invested in Artist Group International and Three Lions Entertainment, and he purchased Artist Group International in 2014. Ron has acquired minority stakes in the Primavera Sound music festival and Independent Talent, and in 2020, he invested in the musical festival Danny Wimmer Presents.

Ron was married to Janet Steeper, a former Stater Bros. clerk (and the great-grandniece of the Wright brothers) from 1974 to 2006, and they had three children together, Andrew, Carrie, and John. Sadly, Andrew was found dead in his home in January 2020 at the age of 26. Burkle has owned Jesse Owens' Olympic gold medal, William Faulkner's Nobel Prize for literature, and the Ennis House by Frank Lloyd Wright, which he sold for $18 million in 2019. In late 2018, Ron was named the United States' honorary consul of Serbia after a Serbian consulate was opened in Montana. He applied for Serbian citizenship and was naturalized in November 2019. 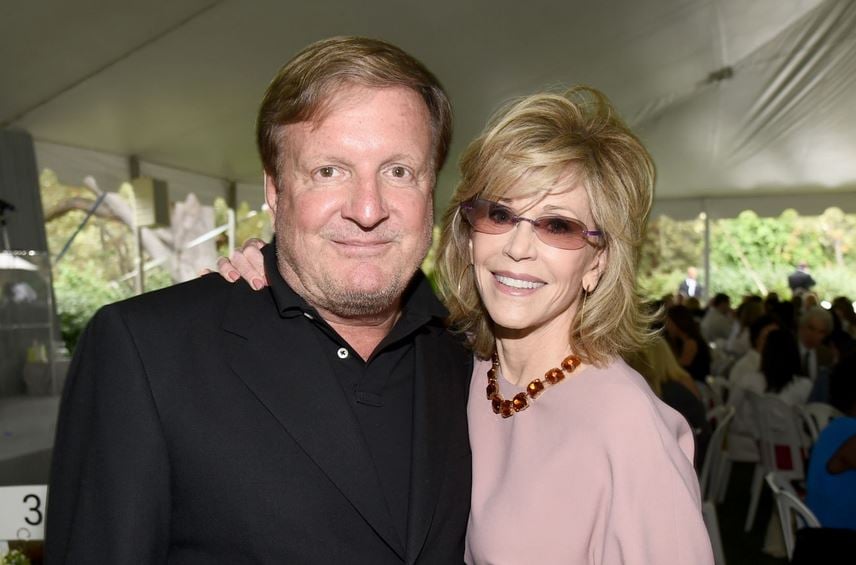 Burkle donated $15 million toward the construction of downtown L.A.'s Walt Disney Concert Hall in 1997. In 1998, he launched The Ronald W. Burkle Foundation, which "seeks to positively influence people around the world and their communities." The organization "supports programs that strengthen international understanding, foster worker's rights, empower underserved communities, nurture the arts and architecture, engage children in learning and advance scientific research," and it has given grants to charities such as the American Cancer Society, Aids Project Los Angeles, Heal the Bay, National Breast Cancer Foundation, and Teach for America. Ron is the co-chairman of UCLA's Ronald W. Burkle Center for International Relations, and he has served as a trustee of the Frank Lloyd Wright Building Conservancy, The Carter Center, AIDS Project Los Angeles, The Scripps Research Institute, and the National Urban League. Burkle was a board member of the Los Angeles County Museum of Art, the J. Paul Getty Trust, the John F. Kennedy Center for Performing Arts, the Los Angeles Music Center, and the Museum of Contemporary Art, Los Angeles, and he has hosted fundraising events for Share Our Strength and The Rape Foundation.

Ron has received several awards during his career, including the Los Angeles Urban League Whitney M. Young Award and the AIDS Project Los Angeles Commitment to Life Award. In 1997, he was honored with the Boy Scouts of America, Los Angeles Area Council's Jimmy Stewart "Good Turn" Award for "his community service and support of the Boy Scouts." Burkle has also been named the Los Angeles County Federation of Labor Man of the year, and he has received the AFL-CIO Murray Green Meany Kirkland Community Service Award.

Ron Burkle owns perhaps as many as a dozen private homes in the United States, most of which are located in California.

In the 1980s Ron paid $750,000 for a home in Yucaipa, California. He would later name his private equity firm Yucaipa Companies.

In La Jolla, California Ron owns a stunning 8-acre property above Black's Beach. He bought the property, which has a 50,000 square-foot home, in 1999 for $16 million. It had been listed for $25 million. Even at $16 million, in 1999 the purchase set the record for San Diego county's most-expensive home sale ever. That record has since been broken.

In Beverly Hills, Ca, Ron owns an estate called Greenacres which dates to the 1920s. Also known as the Harold Lloyd estate – so named after the silent star who originally built the house. The home reportedly cost $2 million to build in the early 1920s, the same as $30 million today.

Here's footage from a passing helicopter:

In Palm Springs he owns a John Lautner-designed mansion that was originally built for Bob Hope.

He paid $13 million for the Lautner-designed home in 2016. That was significant because the home had at one point been asking $50 million. Here's a drone video tour of the home:

Coincidentally, Ron owns another home that was previously owned by Bob Hope. The second home is located in LA's Toluca' Lake neighborhood.

His primary home for many years has been a private island on a lake in Montana known as Shelter Island. He bought the Montana property for $10.5 million. That was significant because the property had at one point been seeking $105 million.

In New York City owns a lavish apartment in the NoHo neighborhood. He bought the property in 2005 for $18 million. In 2015 Ron listed the apartment for $37 million, but eventually pulled the listing.

The apartment has 8,000 square-feet of living space with five bedrooms on three floors. The penthouse apartment comes with an extremely-rare private pool. 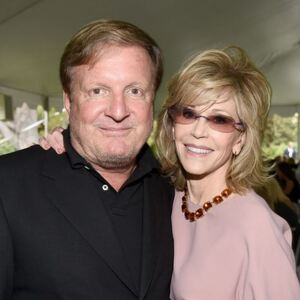