What is Matt Damon's net worth?

Matt Damon is an American actor, writer, producer and philanthropist. As of this writing, Matt Damon's net worth is $170 million. He has been active in the film industry since the mid-1990s and has been a major box office draw in recent years. He is considered one of the most-bankable stars in the world. As we detail later in this article, Matt passed up the opportunity to be the highest-paid actor in history when he turned down an extremely lucrative film… but he's still managed to do quite well for himself.

Matthew Paige Damon was born on October 8, 1970 in Cambridge, Massachusetts. His parents, stockbroker Kent Damon and professor Nancy Carlsson-Paige, divorced when Matt was two. He and his brother, Kyle, were raised in Cambridge by their mother in a six-family communal house. One of Matt's childhood best friends is fellow A-lister, Ben Affleck. Both boys wanted to be actors from a very early age. Damon attended Harvard University from 1988 to 1992 but dropped out 12 credits shy of a BA in English.

In the late '80s and early '90s, Matt landed a few roles in movies like Mystic Pizza, Courage Under Fire and School Ties. When he left school in 1992, it was to film Geronimo: An American Legend, mistakenly thinking that it would be his first major box office success.

His big break came a few years later when he and Ben Affleck wrote and starred in Good Will Hunting. The script began as Damon's school project which the friends later expanded into a screenplay while living together in Los Angeles. Damon and Affleck each received an Academy Award and Golden Globe for Best Screenplay, and Damon was nominated for Best Actor for the film. The duo went from obscurity to fame practically overnight, which created a bit of culture shock for both.

Other important film roles quickly followed in blockbusters such as The Rainmaker, Saving Private Ryan, and The Talented Mr. Ripley. Although some of the films he made in the late '90s and early 2000s were flops at the box office, Damon's performances were generally well-received.

Matt Damon struck serious pay dirt when he was cast in George Clooney's "Ocean's" trilogy. He appeared in all three installments as conman Linus Caldwell. The cast featured some of the biggest names in the industry. The A-List cast all famously took a serious pay cut from their regular salaries to make the movie.

The actor found another cash cow when he landed the starring role in the Jason Bourne franchise. The Bourne Identity, which was released in 2002, earned him critical acclaim as well as a reputation as an up-and-coming action hero. He reprised his role in two more Bourne films but opted not to appear in the fourth, The Bourne Legacy, which was released in 2012. Damon came back for the fifth movie of the series, 2016's Jason Bourne. He earned a collective $87 million for all four Bourne films.

Awards and honors: Matt Damon received a star on the Hollywood Walk of Fame in 2007. He has received numerous award nominations throughout his career, including five Oscar nominations, five from the Screen Actors' Guild, and seven Golden Globes nods. He was named the Sexiest Man Alive in 2007 by People Magazine.

Producing: Along with Ben Affleck and others, Damon produced the reality series Project Greenlight, in which first-time filmmakers were given the opportunity to develop their own film projects. Damon, Affleck, and Chris Moore founded the production company LivePlanet to produce the show. Later, Damon and Affleck went on to found another production company, Pearl Street Films.

Matt famously gave up the lead acting role in Manchester by the Sea and instead opted to act as a producer. His replacement, Casey Affleck (Ben's little brother) went on to win an Oscar for the role. 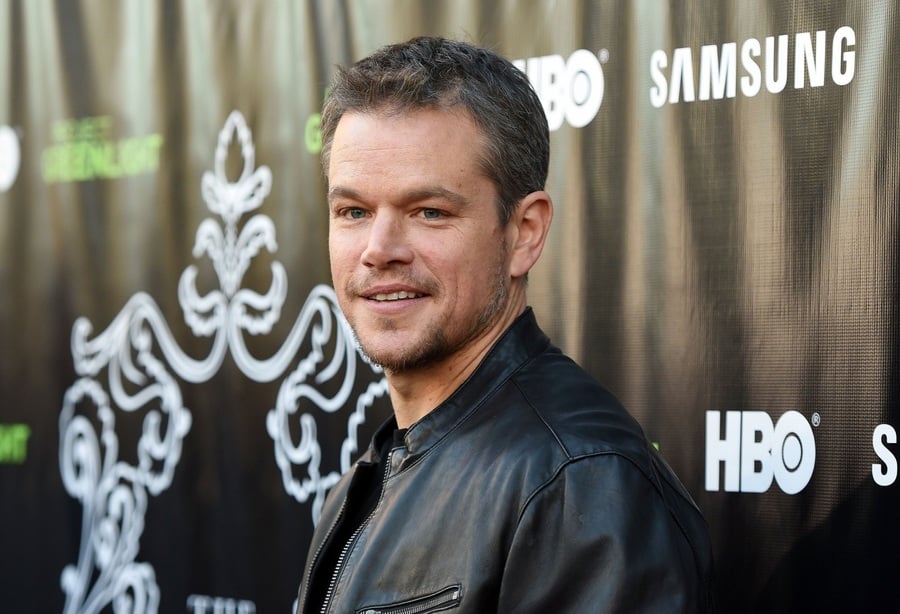 Matt is extremely passionate about philanthropy and supports 37 charitable organizations. He is an ambassador for ONEXONE, a nonprofit organization that seeks to improve the lives of children in North America, and a spokesperson for Feeding America, a foundation that fights hunger. He founded H2O Africa Foundation and co-founded the Not On Our Watch Project, which aims to prevent mass genocide such as that in Darfur.

In 2003, Matt was in Miami filming the comedy Stuck On You. One night in a local club, he met Luciana Barroso, then a bartender and single mom, and knew right away that he wanted to marry her. They got married in 2005 and have had three more children together.

Damon and Jimmy Kimmel have had a longstanding public "feud" stretching back to the early days of Jimmy Kimmel Live. It originated with a simple, off-the-cuff joke: Kimmel wrapped up a rather disappointing show filming with the one-liner "I want to apologize to Matt Damon. We ran out of time," suggesting that A-lister Damon was bumped from the show. Since then, the two have taken numerous public swipes at one another, but it's all in good fun; Damon and Kimmel are actually friends.

In October 2019, Matt revealed that he was offered a starring role in 2009's Avatar. As part of the offer, he would have received a portion of the movie's box office profits. Avatar went on to become the second highest-grossing movie in history with more than $2.8 billion in worldwide gross. Damon told the interviewer in 2019 that he would have eventually earned $250 million from the deal.

In 2017, at the height of the Harvey Weinstein controversy and the #MeToo movement, Damon gave a series of interviews in which he seemed to minimize the abuse suffered by sexual assault victims. In 2018, he apologized for his comments during an appearance on The Today Show.

In 2012 Matt and Luciana paid $15 million for an impressive mansion in the Pacific Palisades neighborhood of Los Angeles. They listed the 13,500 square-foot home for sale in January 2021 for $21 million. They lowered the price to $17.9 million in August 2021 and found a buyer a month later.

In 2017 they paid $16.8 million for a penthouse in the Brooklyn Heights neighborhood of New York City. At the time it was the highest price ever paid for a home in Brooklyn.

Matt Damon is an American actor who has a net worth of $170 million. He is best known for his roles in Good Will Hunting, the Ocean's trilogy, and the Bourne franchise, along with his prolific philanthropic work. He, his wife, and their four children reside in Pacific Palisades, Los Angeles. 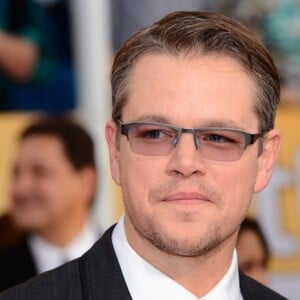