Davis Guggenheim was born in St. Louis, Missouri in November 1963. As a director or producer he has worked on the TV series "Deadwood", "The Shield", "The Defenders", "24", "Alias" and more. Guggeinheim has directed or produced the films Gossip, Gracie, From the Sky Down, It Might Get Loud, An Inconvenient Truth, Training Day, The Opposite Sex and How to Live with them, and Don't Tell Mom the Babysitter's Dead. He has also worked on episodes of the TV series Melrose Place, Party of Five, Sisters, NYPD Blue, ER, 24, Alias, Push, Nevada, The Shield, Numb3rs, and The Unit. Guggeinheim won an Academy Award in 2007 for An Inconvenient Truth. He also directed the documentary He Named Me Malala about Pakistani female activist Malala Yousafzai in 2014.

Davis has been married to actress Elisabeth Shue since 1994. They have three children together. 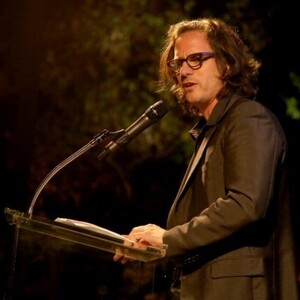