While she was in high school she performed and studied with the Ensemble Theater Company in Northern California. Her first movie role was in Lucas in 1986. She was featured in the films Summer School, Revenge of the Nerds II: Nerds in Paradise, and Side Out, and Chairman of the Board. Thorne-Smith appeared in the shows Growing Pains, Day by Day, and L.A. Law. From 1992 to 1997 she played Alison Parker on Melrose Place. From 1997 to 2000 she played Georgia Thomas on Ally McBeal. From 2001 to 2009 she played Cheryl on According to Jim, and starting in 2010 she played Lyndsey McElroy on Two and a Half Men. In 2007 Courtney released a novel titled Outside In. She is married to Roger Fishman and the couple has a son Jacob. She was previously married to Andrew Conrad and has dated Melrose Place cast member Andrew Shue. She has been a spokesperson for Almay cosmetics and appeared in a commercial for the Atkins diet. 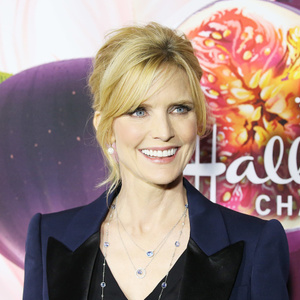